July 12, 2012
Salt Lake Community College and L-3 Corporation recently celebrated the one-year anniversary of the ‘Man U’ project. A special event in recognition of the collaboration between the company and the College was held at the new Westpointe Center on July 11. 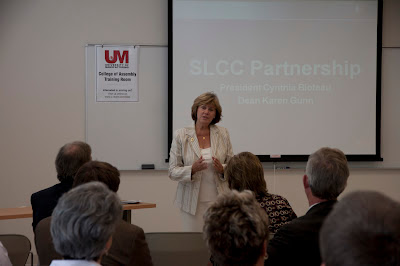 SLCC developed curriculum and provided training facilities and instructors for the ‘L-3 University of Manufacturing’. Working with L-3, the College tailored the electronics technician program it already had to meet L-3’s specific training needs. The 8-week program is for assemblers and test personnel to advance in their careers.

The idea for L-3’s ‘Man-U’ came about in early 2011 when L-3 Vice President of Operations Stephen Eiting thought there had to be a better way to train L-3 employees and fill the many job openings at the company. At the time, L-3 found it easier to fill electrical engineering positions than assembly positions. 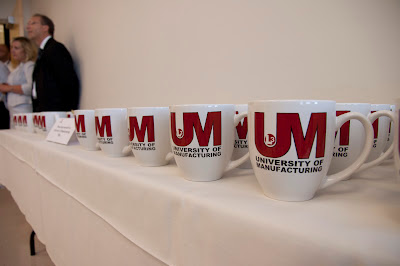 L-3 Communications hired 700 people in 2010, nearly 400 in 2011, and Eiting said that year there were 250 open positions the company couldn’t fill because it couldn’t find qualified workers.

The University of Manufacturing is helping to solve that problem. It’s an opportunity for the students—who can work, go to school and get paid for performing on-the-job training.

Starting the University of Manufacturing was important to L-3, too, because it has allowed the company to keep jobs in Utah and recruit local talent.
The partnership has also been good for the College, as it fits with SLCC’s role in serving business and industry.

SLCC President and CEO, Dr. Cynthia A. Bioteau, remarked that this type of industry and college partnership is what community colleges are uniquely capable of doing. “This program for entry-level employees at L-3 begins not only a success pattern for them as employees, but a success pattern for them as lifelong learners. That to me is what is so dramatically important,” Bioteau said. “What this shows is that if the College can provide an educated and skilled workforce, we help contribute to the economic vitality of this state.”
When the program began, classrooms at SLCC’s Taylorsville Redwood Campus were fitted with state-of-the-art equipment from L-3 Communications; now ‘Man-U’ has moved to its new location at the Westpointe Center. 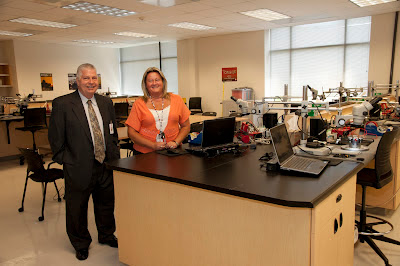