Williams a 22 year-old Salt Lake City resident, was victorious in his first trip to an X Games final. “It feels amazing. First-ever X Games finals and a gold medal. I can't believe it," Williams said. 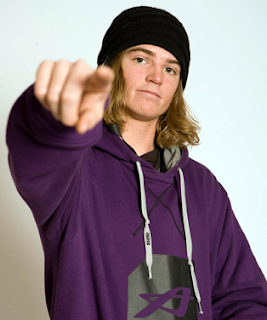 The Winter X Games Tignes is an international sporting event that consists of men’s and women’s slopestyle and superpipe competitions for skiers and snowboarders. One of the X Games’ most popular events, slopestyle is an event that judges contestants on both the difficulty of the tricks they perform and the amplitude of their jumps. Competitors are rewarded for including a variety of tricks and penalized if the tricks performed are too similar. Slopestyle originated as a snowboarding competition.

Slopestyle, for both skiing and snowboarding will become an Olympic event at the 2014 Winter Olympics in Sochi, Russia.

February 28, 2020
As part of our established emergency procedures,  SLCC has a plan in place for handling infectious diseases that have potential to affect everyday life . These plans include procedures for facility management, hosting campus events, class schedule adjustments and more. We have also created a coronavirus working group that includes members of college leadership, the SLCC Department of Public Safety, the Center for Health and Counseling, and the school’s Environmental Health and Safety department. This group is working closely with the Utah Department of Health to monitor the spread of the virus and any impact it may have on our region.  If deemed necessary , the college may choose to implement protective measures, and if any of these actions are undertaken, the college will communicate this through email, social media and our emergency communications system.  If you have not yet signed up to receive email, text and phone alerts through our college emergency system,  please do so here …
Read more