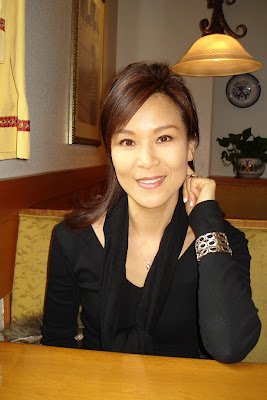 "The Reason" by Worlan Kim

Wolran Kim has been writing poetry for most of her life. Being fascinated by the beauty of the words, she began writing when she was young, and that love for the art has been carried into her adulthood. Along with the Salt Lake Community College Chapbook competition, her poetry has won various other awards such as the Literature Award for Overseas Koreans by the Ministry of Foreign Affairs of South Korea. Although she finds herself busy with classes at the university of Utah, Wolran still continues to write poetry on a regular basis.

When Wolran Kim won the SLCC 2012 Chapbook Contest she was surprised… because she had forgotten about it.  Last year Wolran entered the contest at the request of an instructor but was certain she didn’t have a chance to win. Not because she didn’t write good poetry, she knew she did. The problem was she didn’t think her English was good enough to win.

Born and raised in Korea, Wolran won a poetry contest when she was a child with a poem entitled “A Rainy Day.” However at such a young age she didn’t find poetry terribly fascinating or enjoyable. Poetry to her was tedious, boring and hard to understand. While she had already displayed her knack for it, she decided only to write poetry for school assignments or writing contests she didn’t think she would win.

Fast forward to 1988 and she was moving to the United States after finishing college in Korea. In the years to come life became what it does for many of us. Soon Wolran had a job and a family to tend to. Such a thing as poetry was rarely thought of as more than a past memory and nothing considered at all important. “My dreams were my children,” she said during an interview with her, “but they grew up.”

In 2007 and at the age of forty one Wolran discovered poetry again. “One day poetry came to me like it was destiny. Either that or it accidentally popped up through the internet during my mid-life crisis.” Wolran wrote playfully in an essay about her writing past. She had been only surfing the web, an innovation that still amazes her today, and happened to stumble on a poem. Unfortunately she can’t remember the title of the poem today or where she found it online but she does remember losing sleep that night as she thought on the powerful words she had read. This feeling drove her to the keyboard and she began to write poetry again. “I started to awaken all the memories in my mind that were sleeping in my heart,” She described the catharsis, “and I thought that I need to write poems for my tired self, struggling from reality.”

Today Wolran attends the University of Utah after transferring late last year. She writes her poetry every day and publishes some of her shorter and simpler works in The Korean Times of Utah. When asked about her technique and how she is able to conjure up the images and emotion in her poetry she replied, “Well I translate it all from Korean, I write it in Korean and my daughter helps me to translate. But not all of it translates well from Korean to English.” Hence the reason she was convinced she wouldn’t win the SLCC Chapbook Contest last year, so sure that her English wasn’t good enough that she completely forgot about it.

Out of some 1300 poems she has written, Wolran has only translated at best fifty of them, many of which will appear in the Chapbook being published this year. On top of the Chapbook Contest Wolran also won an award for Overseas Koreans by the Ministry of Foreign Affairs of South Korea last year. She intends on still writing poetry and entering other contests, however she won’t write poetry for the sake of that. Wolran describes her need and desire to write poetry as something that she simply has to do, there is no way around it. Poetry is, “a miracle and a mystical experience, showing me that not everything is out of reach in this world.”

As a result of her win the SLCC English department will be publishing her book of poems Reason next month. There will be a reading of her work, refreshments, a chance to meet Wolran as well as pick up a copy of her book at Nox Contemporary Art Gallery, 440 South 400 East Suite H, on April 11th, 2013 at 7pm.  It is free and all are welcome to join us for the unveiling of her book. On April 12th there will also be a meeting where Wolran’s work will be read and a book can be picked up for free. The event will be at the Redwood Taylorsville Campus at 9:30-11:30am in AD226. The English 1820 class will also be printing and binding the book, come and see how it’s done and even bind a copy of Reason yourself to take home!