Norma Carr, athletic director at SLCC, has received the 2013 Days of ‘47 Pioneers of Progress Award for sportsmanship and athletics. The six awardees, including Carr, were honored at a gala banquet at the Grand America Hotel in Salt Lake City. She will also be honored, and participate in the Days of ’47 Parade. 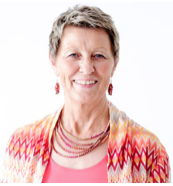 Carr herself has a rich pioneer history in Utah and is a descendant of Anson Call and Annie Call Carr. She is also a pioneer in her own right, and was the first woman to serve as athletic director in Utah. Carr’s work has inspired and empowered athletes, especially women, to achieve great things on and off the field.

Norma Carr began as the athletic director for SLCC in 1989 and built a struggling 2-sport program to what it is today. She also helped oversee construction for the Lifetime Activities Center and Bruin Arena, as well as Cate Field and softball diamond.