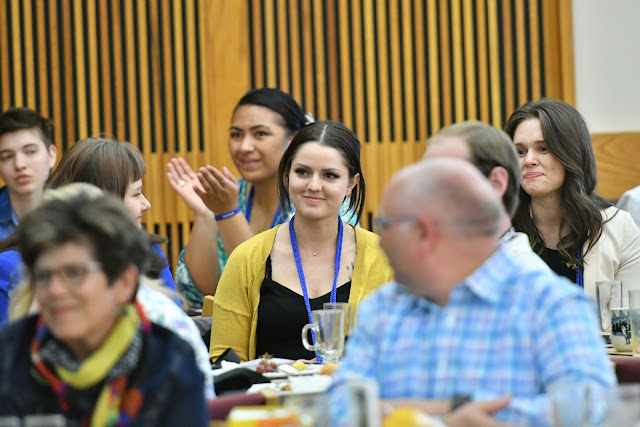 Alex Farmer wasn’t sure what she wanted to do after high school. So, she moved to Alaska and pursued working in the gritty, grimy, male-dominated fishing industry. After that, still seeking clarity and growth in life, she moved to Nepal. During her travels, she “witnessed a culture other than my own that had their own set of social challenges, which were different than my own that I had never witnessed nor heard of.” Before coming back to the Utah and enrolling at Salt Lake Community College, she figured out that she was passionate about working with local communities and their environmental challenges.

At SLCC, she learned about the Thayne Center for Service and Learning, which connects students with volunteer opportunities at the college and throughout the community. Over the past few years, she has run the SLCC Bruin Food Pantry, which provides low-income SLCC students with free food. She helped organize the largest Earth Day festival in SLCC’s history. She successfully wrote a proposal that established bicycle repair stations at SLCC’s two largest campuses. She helped start an on-campus community garden. And more recently the geospatial technology student, on a path to graduate in 2018, was working with the school’s Environmental Club on a school-wide composting system.

“Alex has had a varied life already at a young age and has taken many opportunities to learn about herself, stretch her thinking and experience and lead others to do the same,” SLCC President Deneece G. Huftalin wrote in her nomination letter to the Newman Civic Fellow Selection Committee. Farmer, already recognized as a Student Leader in Civic Engagement at SLCC, was presented with the Newman honor at a Thayne Center event honoring civically engaged scholars. 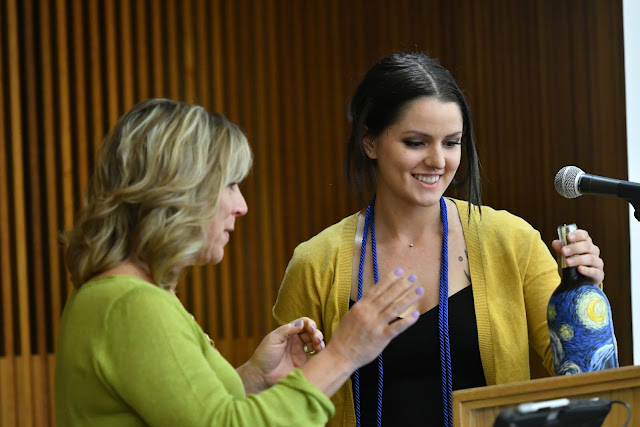 The fellowships are part of the nonprofit Campus Compact, a national coalition of more than 1,000 colleges and universities “committed to the public purposes of higher education,” which includes building democracy “through civic education and community development.” The fellowship is named after Campus Compact founder Frank Newman and provides training and resources that “nurture students’ assets and passions to help them develop strategies to achieve social change.” As a fellow, Farmer will become part of a national network of engaged student leaders “who can support one another in building transformational partnerships between campuses and communities.”

A bio of Farmer on the Campus Compact page that highlights her achievement reads in part, “Her commitment to social justice is realized in her interactions with peers and partner agencies.”

A final paragraph in Dr. Huftalin’s Newman nomination letter for Farmer states, “In Alex’s ‘free time,’ you might find her teaching yoga at a leprosy colony, building homes in Nepal or tutoring at our STEM Learning Center. As a geoscientist, this position is a natural fit for her, as she excels in her studies and is a great mentor to her peers. She enjoys travel and adventure and hopes to see more of the world soon.” 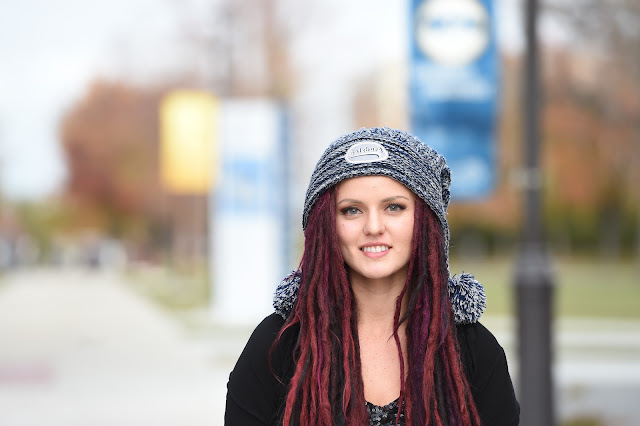 Circa Nov., 2015 on the Taylorsville Redwood Campus