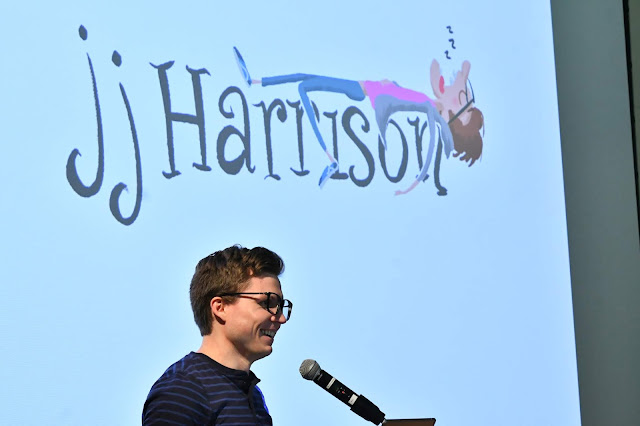 Cartoonist and illustrator, JJ Harrison, is constantly putting his artwork out there for public consumption. And his penchant for posting colorful fan art and original works for all to see has both opened doors and landed him in a pickle or two.

The Utah Valley University graduate, husband and father recently was a guest of Salt Lake Community College’s Visual Art & Design Department as part of its Guest Artist Series. Harrison told a roomful of students and faculty that getting noticed or seen is key in a business that deals in the visual realm. While that might seem obvious to some, Harris really focuses on the nuances and surprises of that process that sometimes get overlooked.

A company once stopped paying a young, inexperienced Harrison but continued to use his artwork, so, he struck back, found out where that company printed their materials, started his own business and went head-to-head with them with some degree of success for a while. And then there was the time Harrison signed a document without reading the fine print, only later to find that his artwork was legally being used by a chain store to sell t-shirts – and he did not earn a dime from it. These days, he has an agent to prevent those sorts of things from happening. 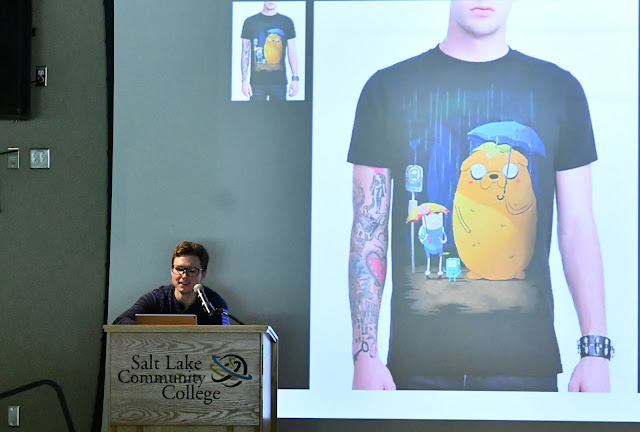 But there have been other times when his art was seen by someone online and resulted in a phone call or email and then a paying order to use his pieces in print materials. He’s a tireless worker and his list of selected clients now includes Mondo, Cartoon Network, BOOM! Studios, Penguin Random House, Disney, Cartoon Network Books, Hachette, Nickelodeon and Marvel. He’s also featured in several galleries around the country. Harrison also owns Utah-based  Braintreehouse Game Studio, which is currently looking to hire more artists.

Despite his busy professional life Harrison finds time to give back. He and other artists have organized the Misplaced Showcase event to “connect creative people, embrace the process of making art and promote the local scene.” The free event, which helps raise funds for the Children’s Justice Center, features artwork that includes illustration, urban art, comic books, prop making, toy building and more. This year’s event takes place Oct. 20 at 244 S. Edison St., Salt Lake City. 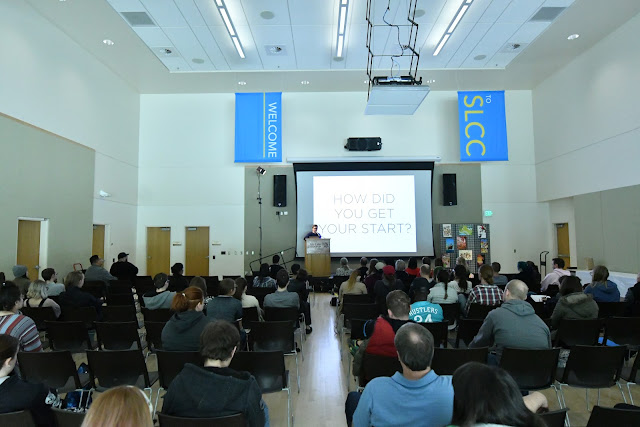