Students from Different Disciplines Team Up for Award-Winning Fashion, a Good Cause 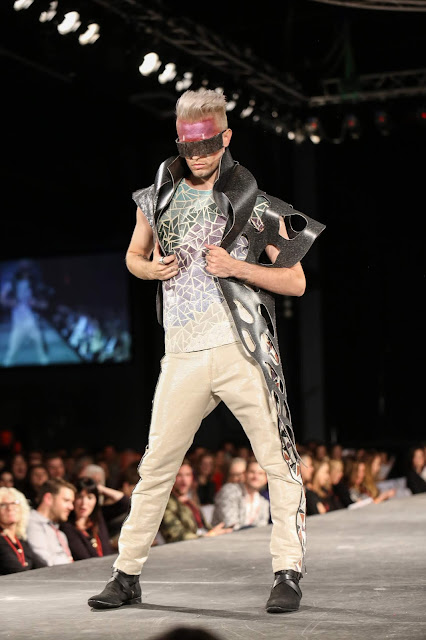 On October 4, these SLCC students won the “Runway Presence” award at this year’s Fashion Remix, a show and auction benefitting the Cystic Fibrosis Foundation and the International Interior Design Association’s Intermountain Chapter. 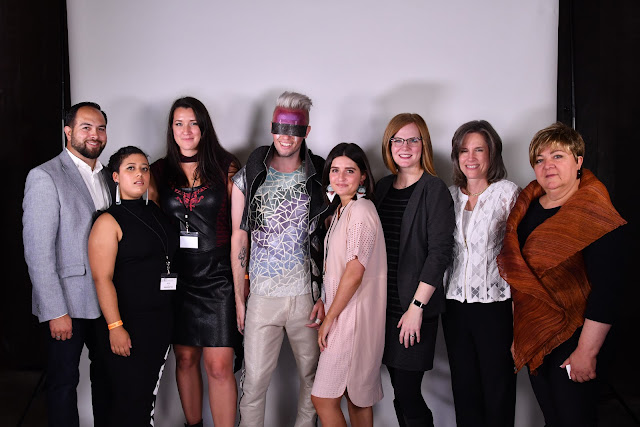 The event, which was attended by about 800 people and held at the Union Event Center in Salt Lake City, showcased 20 out-of-the-box clothing designs. Each outfit in the fashion show used a variety of unconventional materials, which were provided by partner vendors.

SLCC’s entry was made from tile (yes, tile), vinyl and carpet backing that was donated by Mannington Commercial, a leading flooring manufacturer. The outfit, dubbed “Au-dela de L’imagination,” weighed about 20 pounds. The outfit was inspired by the work of famed Spanish architect Antoni Gaudi. Misewicz and Andrews specifically used the front door of Gaudi’s Casa Mila (La Pedrera) in Barcelona as inspiration for the outfit’s jacket.

“I think it represents Gaudi really well,” says Misewicz, who expects to graduate from SLCC in 2019.

The jacket was made from heavy vinyl and was modeled by Anderson during the show. “I love it,” he says. “I would wear the jacket as a regular blazer.” Anderson, who already holds a degree in graphic design, will graduate this spring with an associate’s in interior design.

Mojdeh Sakaki, program director for the SLCC Fashion Institute, noted that the only student team to win a significant award during the show was from SLCC. “The four students I had hand-picked [for the competition] worked tirelessly. I am so proud.” 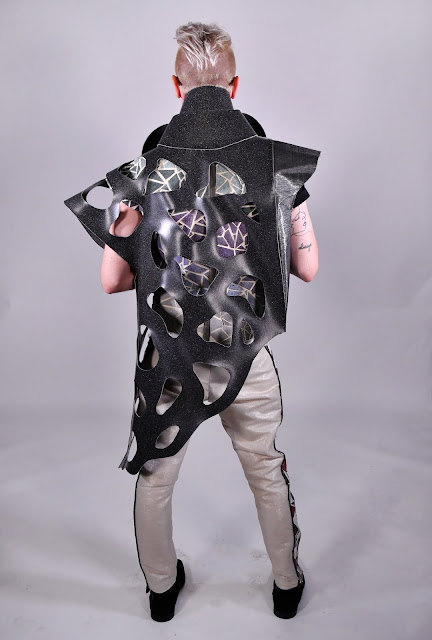