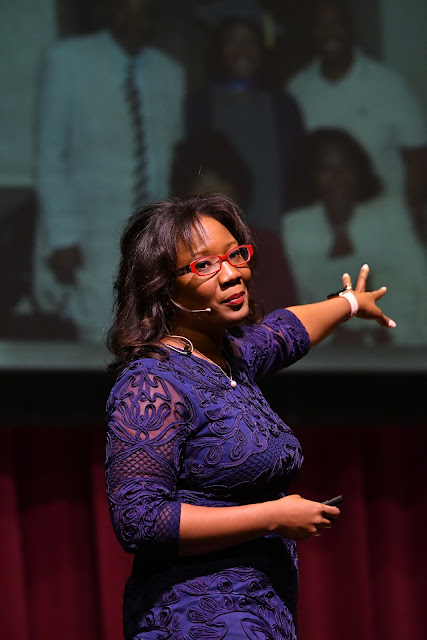 It’s the stories, the human element, that have the power to bring raw data to life and highlight the relevance and meaning of otherwise static numbers and information, according to Dr. Talithia Williams, featured speaker for Salt Lake Community College’s 2019 Tanner Forum on Social Ethics.

It’s why Williams, a renowned expert on the application of statistical models to solve real-world problems, uses stories from her own life to make that point, either during her popular TED talk, “Own Your Body’s Data,” or her recent speech at SLCC’s Grand Theatre in front of more than 400 people. Specifically, she talks about being nine months pregnant and debating with a doctor who wants to induce pregnancy. 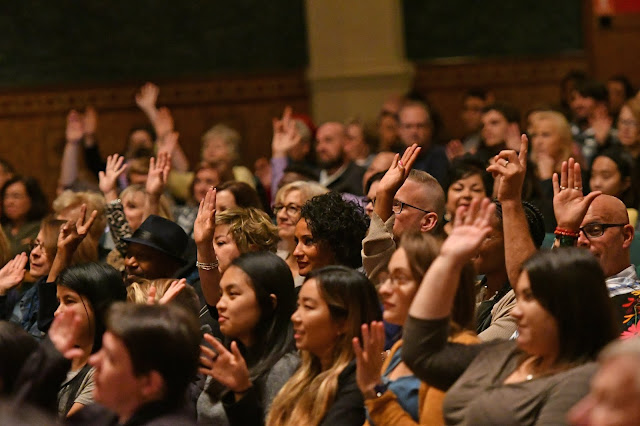 “’Why do you want to induce me? What data do you have to make this decision on?’” Williams recalls asking the doctor, who never came up with the science to support his suggestion. “’Oh, honey, don’t you worry your little head about that. Let’s just get you a room and induce you,’” he told Williams, who notes she had not identified herself as having a PhD and being an associate professor of mathematics and dean for Research and Experiential Learning at Harvey Mudd College.

“I had to ask to look at the data. … That’s when it became a tug of war,” she says. “’Well, I’m the professional. I know what’s best for your body. So, let’s just induce you,’” the doctor told her. “I said, I know what happens with inductions. You throw somebody into labor, next thing you know, you are 30 percent more likely to have a cesarean. And, so, we’re going back and forth with numbers and data.” She was not convinced that day by any data, or lack thereof, and left the hospital without being induced. “Advocate for data transparency,” she told the Grand Theatre audience. 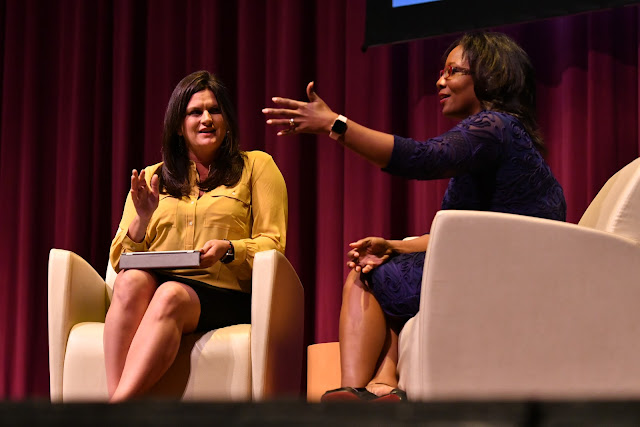 Williams met earlier in the day with SLCC students, and then gave an evening speech that focused on big data ethics and social consequences of data in society. As the first African-American woman to earn tenure at Harvey Mudd College, Williams also spoke about the importance of seeing more race and gender equity in mathematics and STEM fields.

Williams followed her evening presentation with an audience Q&A led by SLCC assistant journalism professor Marcie Young Cancio, who asked first about public interest in data as it relates to the popularity of her TED talk (more than 2 million views online). “I think what was so telling to me was, people appreciate transparency. So, they sort of appreciate me sharing my story – here’s what happened in our family,” Williams said. “Really, just being open and transparent about our life, but sharing that in a way that is going to get people excited to think about their own data is what has made it successful.”

Funded in part by the O.C. Tanner Company, the Tanner Forum on Social Ethics brings nationally and internationally recognized speakers to SLCC. The forum enhances the college’s mission as a community-based learning institution that provides opportunities for students, faculty, staff and the wider community to come together for the thoughtful examination of critical issues in contemporary social ethics. 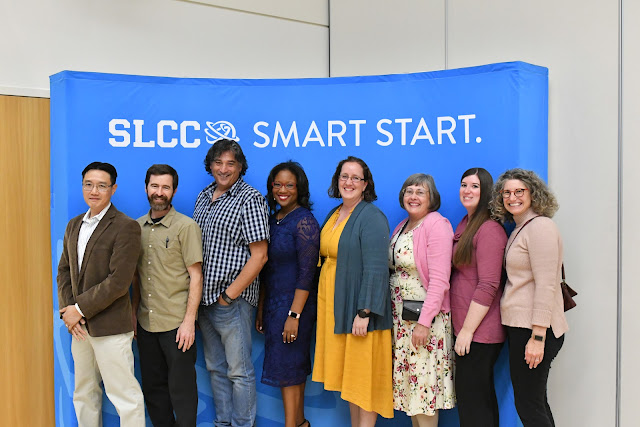