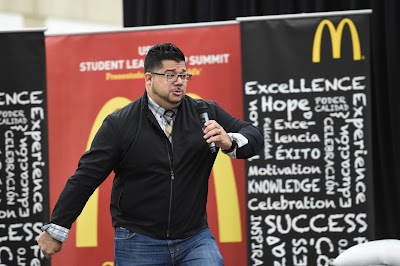 Sponsored by McDonald’s and USHLI and organized in part by Latinos In Action SLCC and the SLCC Student Association, educators and Hispanic students heard from Alfred Ramirez, USHLI director of operations, and educator Ernesto Mejia. Keynote speaker Carlos Ojeda, Jr. shared his inspirational story of growing up in a tough neighborhood, struggling in school, but later graduating from college and succeeding with his career. He showed photos of his three children and wife, who is now a doctor. 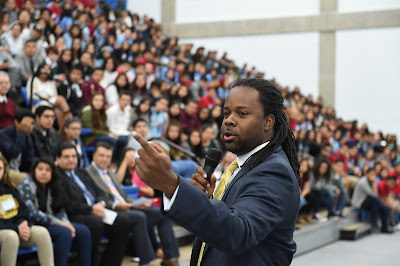 SLCC's Dr. Roderic Land, Special Assistant to the President, warms up the audience.

Students from several school districts spent the morning attending a career and college fair on SLCC’s Taylorsville Redwood Campus. One goal of the event was to motivate students to pursue a college education. It’s the third year McDonald’s has joined USHLI and CoolSpeak, of which Ojeda is president and CEO, to present the Student Leadership Summit. 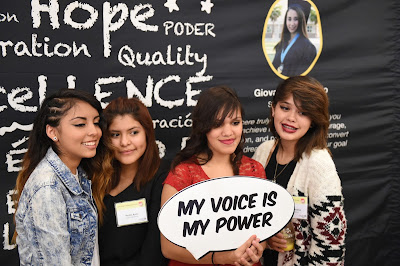 Students pose for a photo during the USHLI summit at SLCC.