September 16, 2016
Salt Lake Community College’s 2016 Tanner Forum on Social Ethics is hosting Robert Reich Oct. 19, 7-8:30 p.m. on the SLCC South City Campus in the Grand Theatre, 1575 S. State Street, Salt Lake City. Free tickets for this event will be available at www.grandtheatrecompany.com beginning Sept. 19, and doors will open at 6 p.m. on the evening of the event for first-come, first-served seating. Reich will sign books from 8:30-9:30 p.m. in the Grand Theatre foyer. 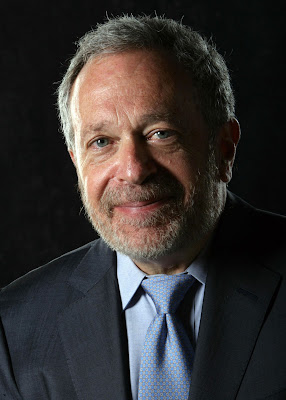 Reich is considered one of the world’s leading thinkers about work and the economy and is currently teaching public policy at the University of California at Berkeley. He served during three national administrations, including as Secretary of Labor under President Bill Clinton and on President Barack Obama’s economic transition advisory board. In 2008, Time magazine named Reich one of the ten most successful cabinet secretaries of the past 100 years. He has a nationally syndicated column and writes frequently for New York Times, The Financial Times and The Wall Street Journal, which named Reich one of the nation’s top ten thought leaders. Reich has almost 1.4 million followers on Facebook, where he hosts podcasts and posts videos under the categories “Bob In Conversation,” “Tax Fact of the Day” and the popular “Office Hours.”

The Tanner Forum on Social Ethics brings nationally and internationally recognized speakers in the area of social ethics to Salt Lake Community College annually. The Tanner Forum enhances the College’s mission as a community-based learning institution by providing opportunities for the students, faculty, staff and wider community to come together for the thoughtful examination of critical issues in contemporary social ethics. The Tanner Forum on Social Ethics is funded in part by the O.C. Tanner Company.