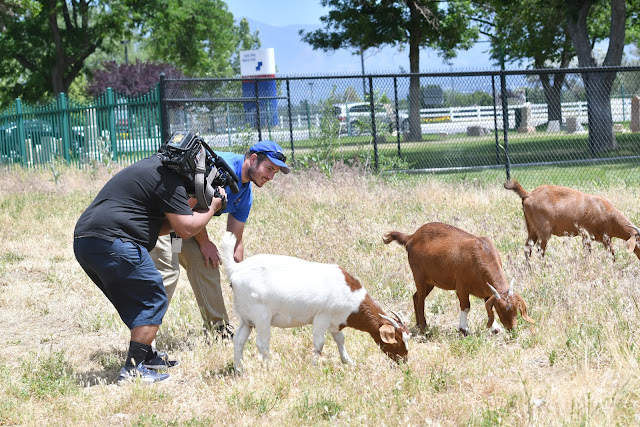 Nowhere in Colin Lyman’s job description does it say he’ll be asked to be on TV, much less to explain the presence of a small herd of farm animals on campus.

But as seven female goats quietly munched away on weeds and grasses recently in the fenced-in “boneyard” on Salt Lake Community College’s Jordan Campus, Lyman did just that with Fox 13 cameraman Taylor Schuss. 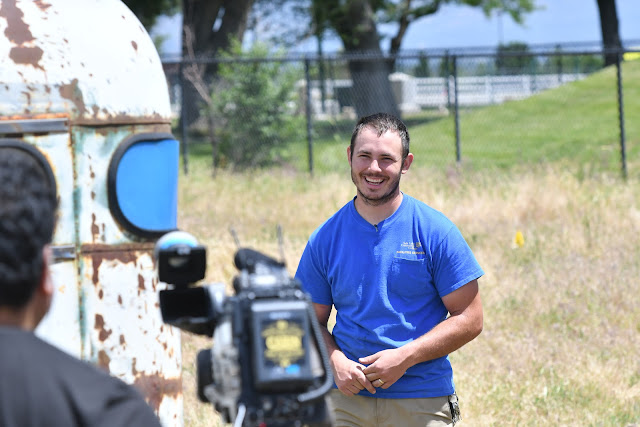 Lyman is a grounds supervisor with SLCC's Facilities Services. The boneyard is where he stores mulch, top soil, paver bricks, rocks and some equipment. The goats, he told Schuss, save him from having to fire up the big mower every three weeks or so to mow the two-acre area of campus.

With all of the small-town charm that comes with meeting Lyman, he told Schuss about the reactions of passersby. “They’re like, ‘What the crap? Why do we have goats?’” In all, the goats save Lyman and his crew about 30 hours of time spent mowing. And they can get to tight places a big, bulky piece of machinery can’t. Bonus. 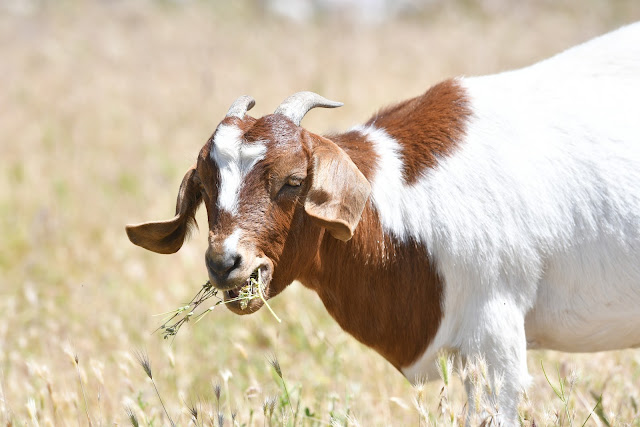 Also, they work for free. The farmer gets to feed his goats, and the college doesn’t have to mow, saving on time, gas and pollution. Win, win. It’s an arrangement that lets Lyman overlook the goats’ sketchy work ethic – work a few hours, sleep a few hours, repeat.

As Lyman left the boneyard to resume his regular duties, the hairy, hoofed eaters were in full work mode. Their unwritten contract (How would they sign?) is up at the end of summer. 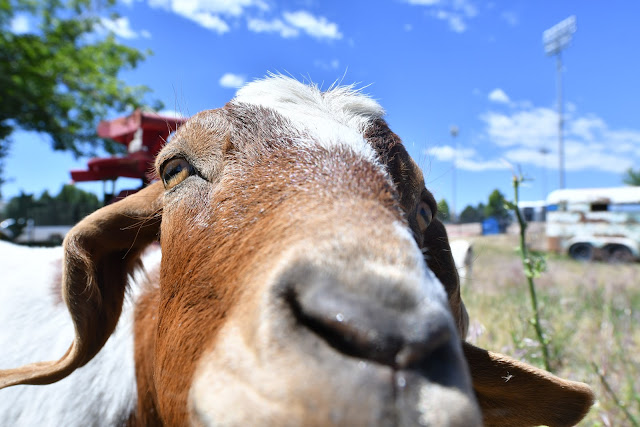