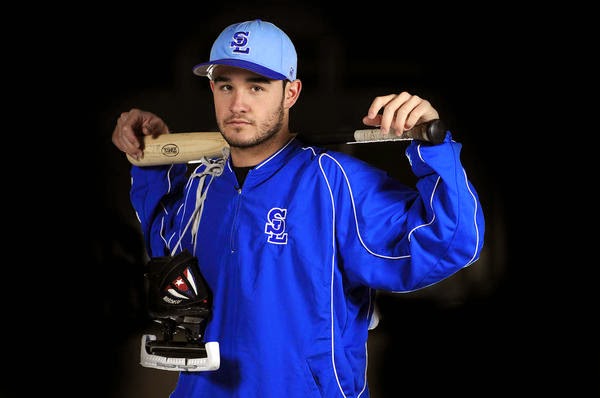 According to ESPN, Alvarez signed a minor league contract that has him playing in Arizona.

Alvarez gained sporting fame by helping the U.S. Speedskating team win silver during the 2014 Winter Olympics in Russia in the 5,000-meter short track relay. The U.S. long track team had not won a medal in 12 events, while the short track team had not reached the podium through seven events prior to the 5,000 relay, which was Alvarez’s fifth of five scheduled events during the Olympics.

The Miami-born son of Cuban immigrants moved to Utah to train at the world-renowned Utah Olympic Oval in Kearns. While in Utah he attended Salt Lake Community College and in 2011 walked on to the College’s baseball team as a shortstop, batting an impressive .303 and making the All-Conference team. Alvarez, 24, fought back from double knee surgery in 2012 to make the U.S. Olympic speed skating team.