June 16, 2014
To keyboardist and Salt Lake Community College student Christian Lucy’s left is his dad on drums, and to lead guitar player and fellow student Quinn Diaz’s right is his dad on lead vocals. Together they help make up the band The Learning Lab, which includes a dean at the school, the College’s provost and a department director at SLCC. 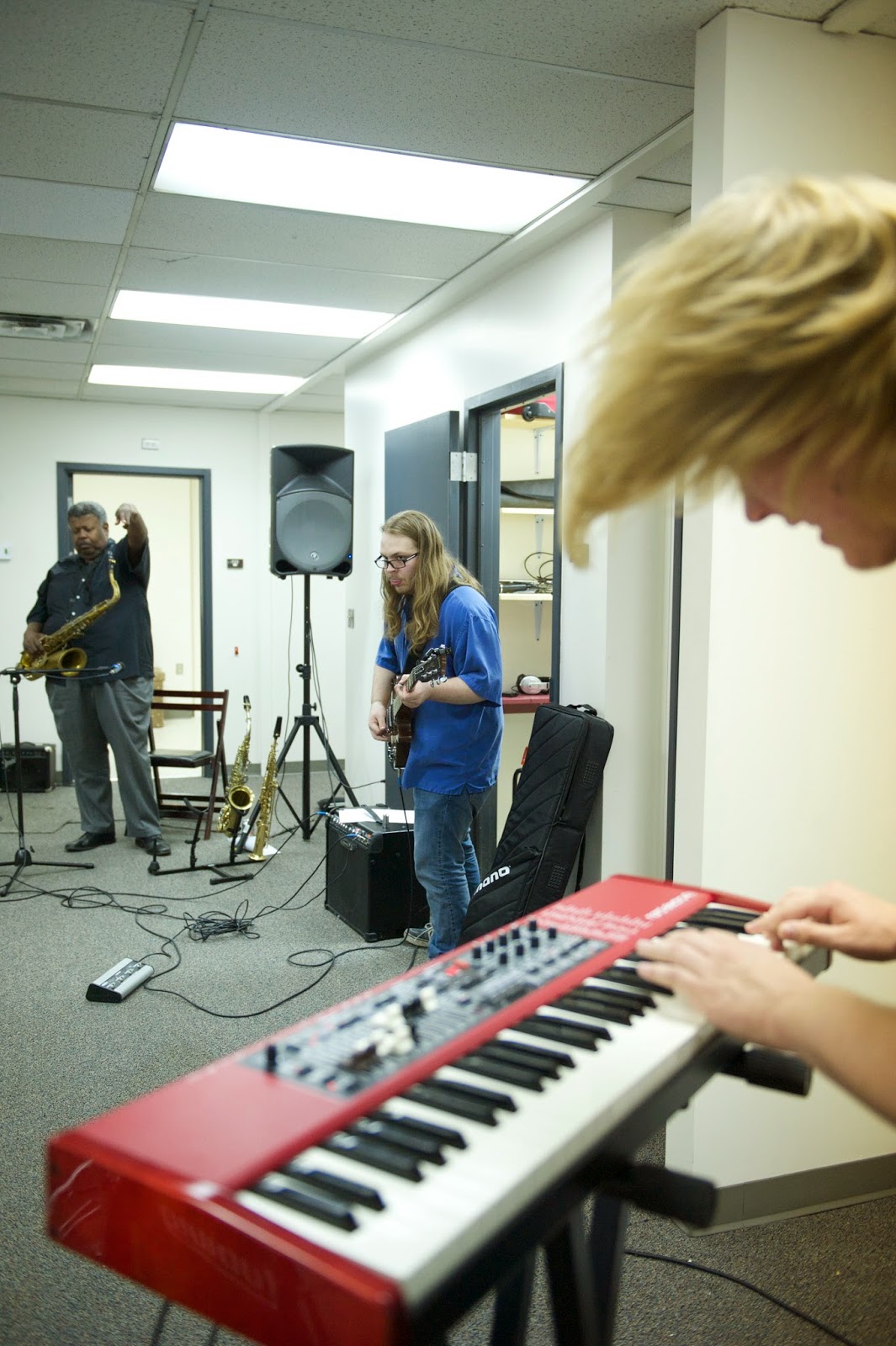 On a Monday night after work the staffers and students huddle in an empty modular home on the Taylorsville Redwood Campus to practice for a gig playing a barbecue on campus in two days. Outside the building you can see the windows rattle as they hone in on a cover of Stevie Ray Vaughan’s “Cold Shot.”

Lucy, 20, has been playing keyboards since he was 7.

He’s played in a band with his father and the Diaz duo, but not with a roomful of academics.

“It’s a little interesting,” Lucy said. “But when you’re all playing music, you’re all at the same level. It’s not, like, awkward.” 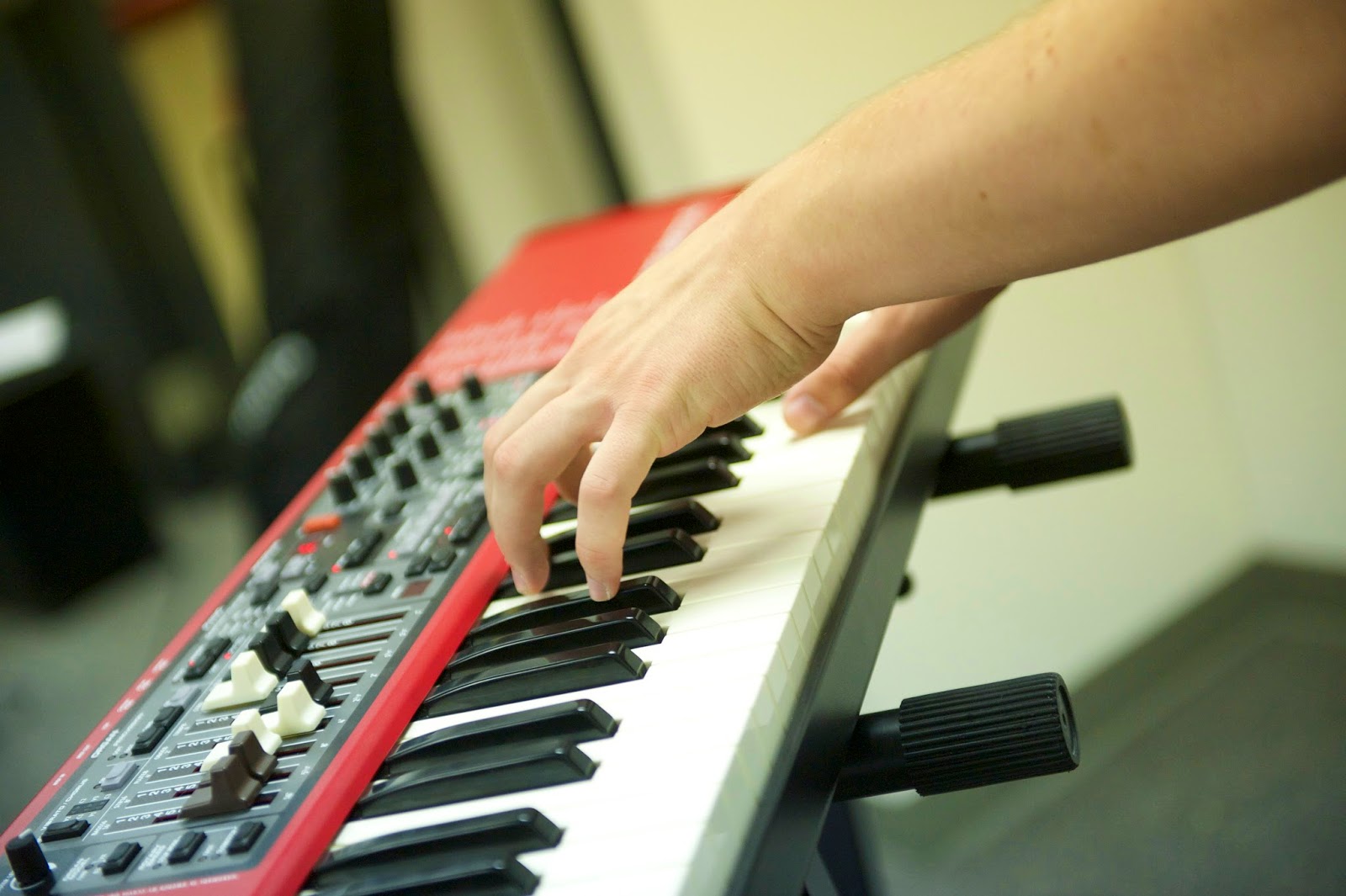 Joseph Diaz, who is director of Institutional Research at SLCC, had been in a band and was contacted about forming another in advance of the barbecue. A few phone calls later The Learning Lab was formed, with students taking the lead.

“We’re doing exactly what you do at a community college,” Diaz said. “You give these students the tools and knowledge to take it to that next step, something they can present to the community and to the job market.”

Diaz said a longer-term goal for the band might be to develop some of the students’ original songs. He emphasized that the only permanent members of The Learning Lab should be students, while musically inclined staff and faculty cycle in and out of the band to guide and mentor.

For now the band includes Dr. Clifton Sanders (on sax and flute), dean of the Science, Math and Engineering Department, Dr. Chris Picard (guitar), provost of Academic Affairs, and Nate Southerland (bass), senior director over Curriculum, Scheduling and Regional Management. Lucy’s dad is in construction, though not with SLCC. 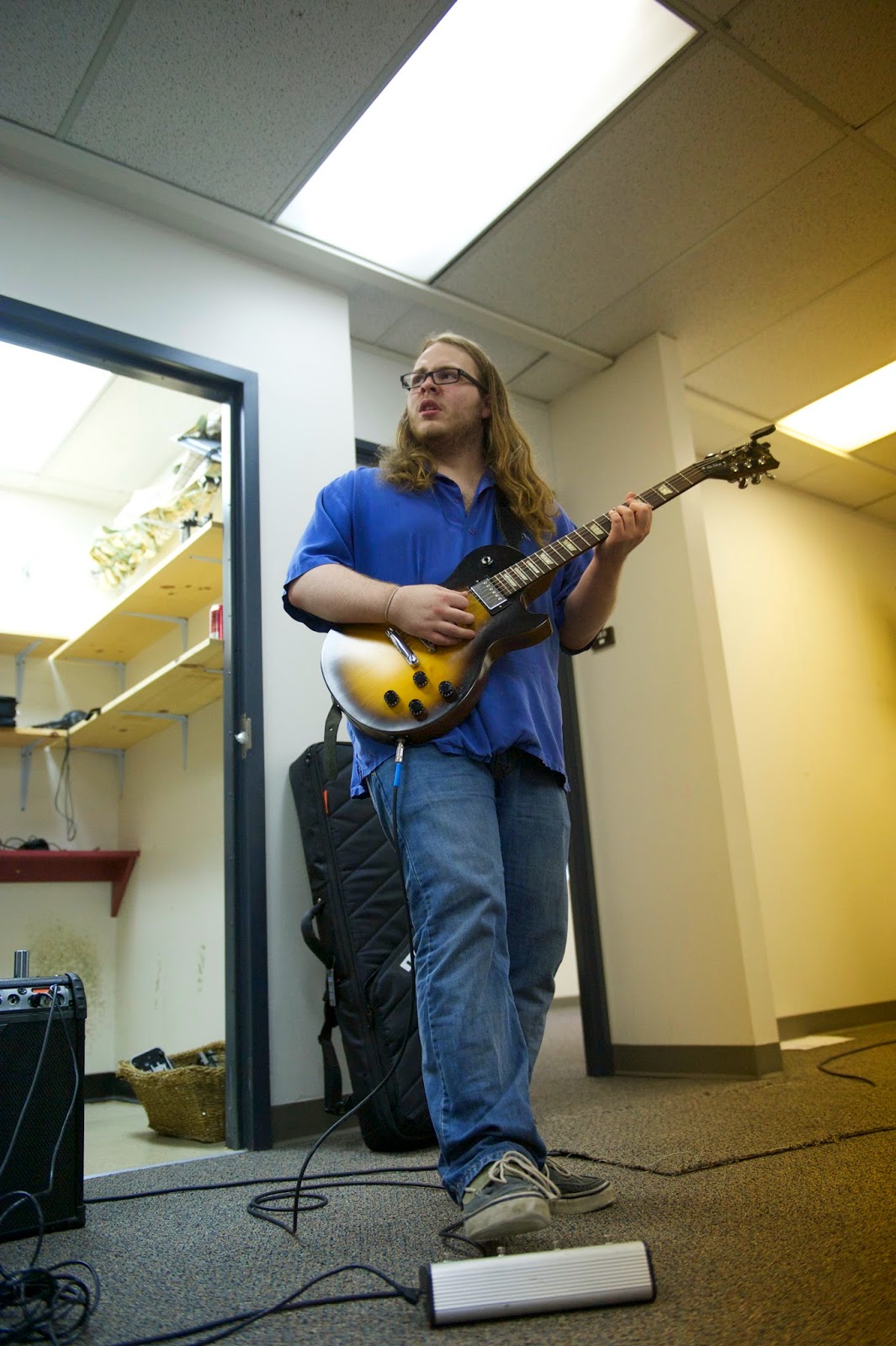 Both Lucy, 20, and the younger Diaz, both graduates of  Olympus High School, are majoring in music while at SLCC, with plans to work in the industry – Lucy also wants to teach music at the college level.

What is notable about Diaz, who sounds like an older seasoned veteran on the guitar, is that he’s only 18 and that he learned to play using Internet resources. And even cooler, his grandmother gave Diaz his first guitar.

“It sat there for a while,” Diaz said about that first guitar. “I didn’t get serious about playing until I was 11.”

And no formal lessons?

“I did everything on the Internet,” he said. “The Internet is a great place to learn.”

So, with that a band is formed, led by two talented student musicians. Where will The Learning Lab go from here? Stay tuned. 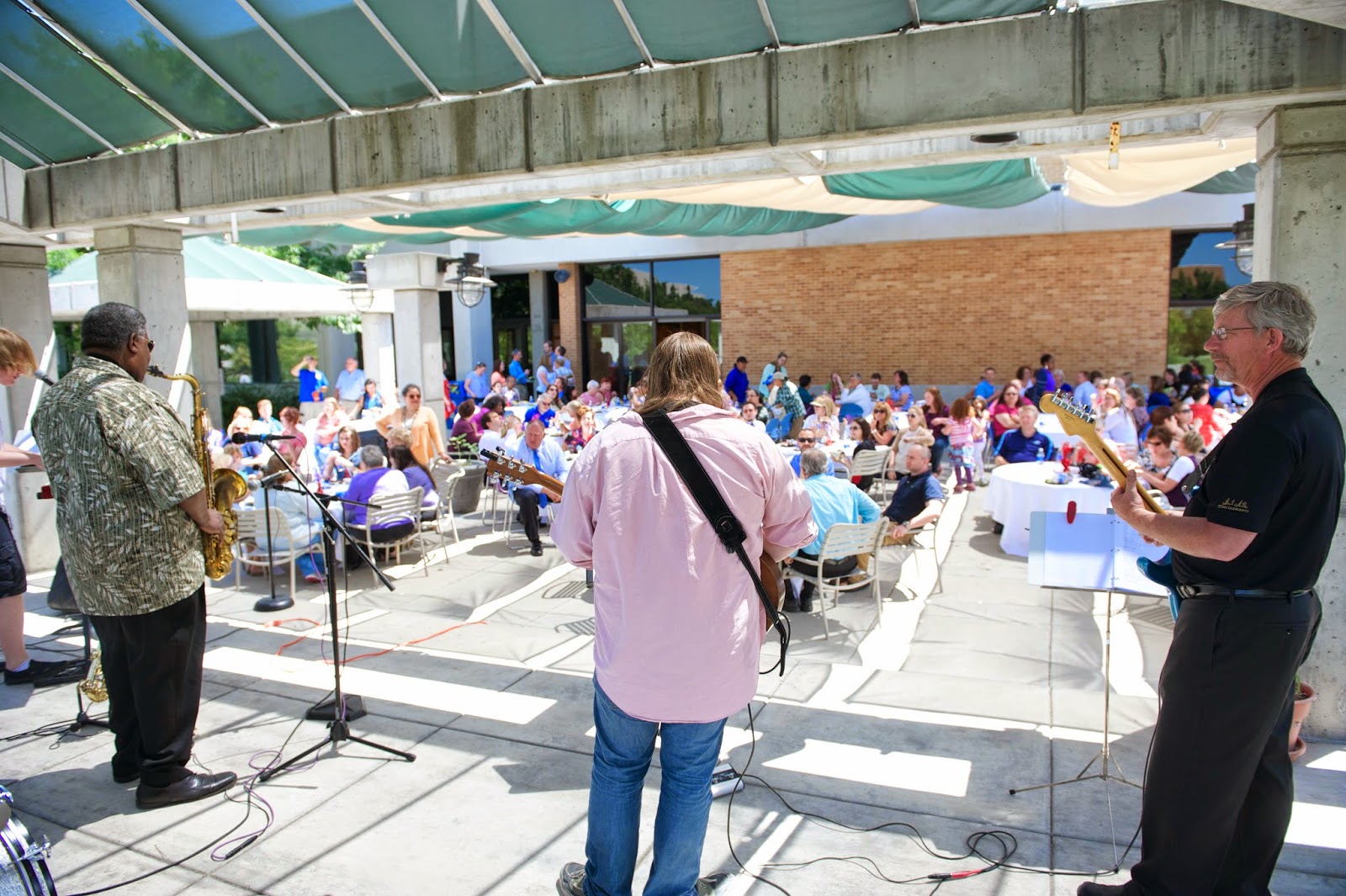