June 24, 2015
On a hot Wednesday in June Salt Lake Community College student Faith Joy Anderson emptied the shiny contents of a blue plastic bag on to SLCC academic advisor Glory Johnson-Stanton’s desk. Anderson beamed as she talked about the medals she won recently during the Special Olympics Utah Summer Games at Lone Peak High School and the more than 40 gold, silver and bronze medals she has won over the years as an Olympian. 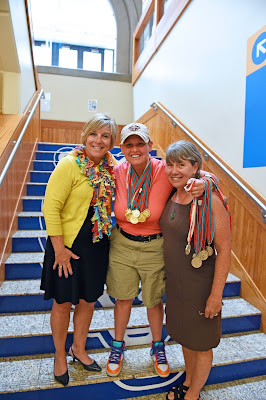 Her status as a multiple medal winner in Special Olympics games and a student at a community college is a far cry from the very difficult upbringing Anderson talks about. She recounts being born with fetal alcohol syndrome, being taken away with her siblings from her biological parents, suffering abuse growing up, leaving her adoptive family at 17, enduring occasional seizures and, at one point, considering suicide. She’s been telling her story over the past few years to Johnson-Stanton, who sees Anderson drawing, reading or just hanging out at the Student Center on the Taylorsville Redwood Campus. 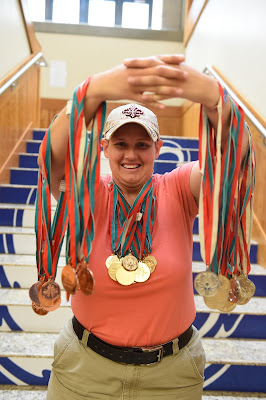 Closing in on 50 Special Olympics medals

“After getting to know her better, she has a childlike beautiful innocence, very trusting and eager to share her story,” Johnson-Stanton said. “I believe that this is what it’s truly like not allowing racism, bigotry, prejudices or any other derogatory ‘isms’ taught or learned in life to determine how we treat people. She accepts me as I am, without judgment, criticism and showing genuine interest.” She describes Anderson as a “kind, friendly, soft spoken and intuitive young woman” who loves people. “I asked Faith what brought her to SLCC,” Johnson-Stanton said. “She said, ‘Myself, I wanted to be a student. I brought myself to college to be just like everyone else. To be a student to show that I have courage, that I can learn, build up all my skills that I never understood growing up and to prove that I can do these things.’ When you have a student as determined as Faith to perform well in class, in spite of differences or challenges in her life, our role at SLCC is to assist her with tools to obtain access and success toward her goals and dreams.” 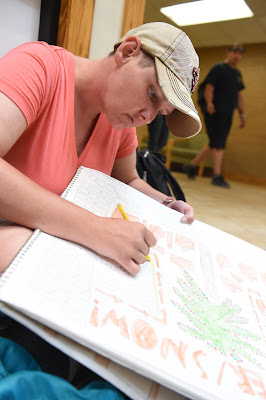 Faith Joy Anderson takes time out for her art.

Anderson discovered SLCC for herself when walking by South City Campus along State Street one day. “When I saw this building downtown, I looked at it and wondered, ‘What is that building? What do they do?’” she said. “I went over there one day and I said, ‘I want to know how to join.’” And the word “join” is one she uses to describe being a student at SLCC, feeling like she is part of something bigger than just being a student in a classroom. It’s the same feeling she gets competing in Special Olympics events, where she walks, runs, plays basketball and softball and golfs her way to medal after medal. Agnes Marino, a Special Olympics coach in Utah for the past 30 years, said Anderson is known for not letting a weakness get the better of her. “She doesn’t give up, even when something is kind of hard for her,” Marino said. The two have become friends, and Anderson often talks about her experiences at SLCC.  “She is so excited every time a new semester starts. She tells me about the friends she’s made there. She is very happy in her life right now.”

As the summer session continues, Anderson can often be found around the Student Center in Taylorsville. “It’s a major home,” she said about SLCC. “Like a Number 10, which is awesome.” Her aim someday is to be a teacher of art, and to continue being a student at SLCC. “Student for life,” she said. “That’s my goal, never stop learning. I want to feel like I can do just like everyone else can do.” When asked if she had anything else to add, she smiled, “SLCC, I thank you for letting me be in your life. That’s it.” 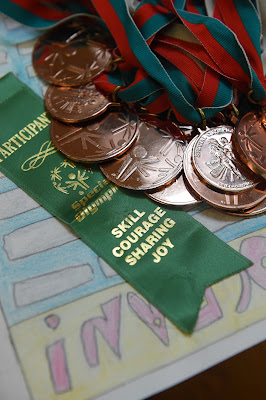