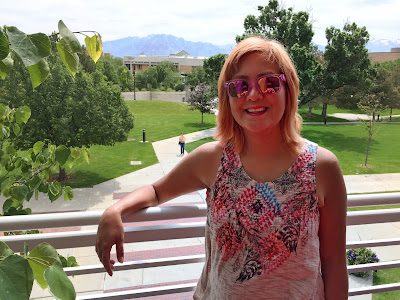 For the past six years the SLCC math department has been competing in the competition, which like the field of math itself comprises a disproportionate number of female to male participants. The SML was founded in 1970 and in 1981 the American Mathematical Association of Two-Year Colleges assumed sponsorship of SML. The annual competition draws more than 165 colleges from more than 35 states and involves in excess of 8,000 community college math students. Sinoy, whose specialty is biology, noted the significance of her award and skills in math as a female.

“I feel pretty proud,” Sinoy said. “I am representing the women of the biology department.” She said women who are “afraid” of math might miss different kinds of beauty that can be found throughout life, referencing the famous Fibonacci sequence, which, for example, can be seen in the patterns of leaves, fruit and flowers of many tree and plant species. “It gives you a better understanding of why things work the way they do,” she said about the mix of math and biology. As Sinoy has tackled math problems over the years, she hasn’t been afraid to fail. “It’s a fun challenge,” she said. “If you mess up, you get to start over and over again.” To anyone struggling in math, she advises, “Learn to love patterns and puzzles, because they’re what make math fun.”

“I think Maria’s performance in the competition and her resulting membership in the Association for Women in Mathematics speaks volumes about the potential and capability of females who might be interested in math but are afraid to embrace its complexities and beauty because of skewed societal norms,” said SLCC Mathematics Associate Dean Suzanne Mozdy. “Statistics show that men are more likely to pursue a career in mathematics or a related field, but women like Maria continue to show that those numbers only tell part of the story, and that the narrative can and should be changed for the greater good in ways that are quantifiable and ever-arching more toward equality.”