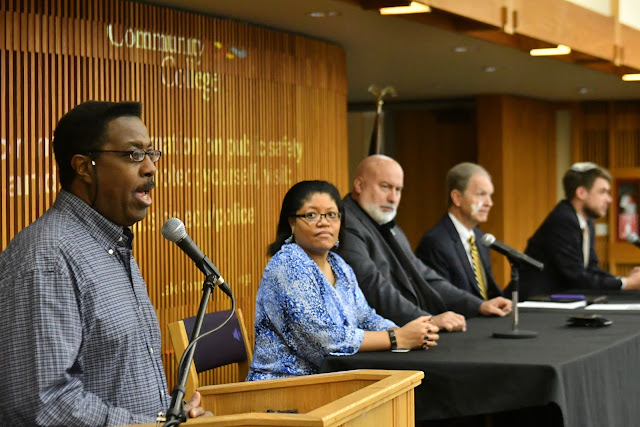 David Sanders wants to combine his love of radio and social ethics to engage students, staff and faculty in more philosophical discourse about issues important to him.

So, it was no surprise when Sanders, aka “DJ Dave Alive” when he’s on Radio SLCC, organized what he calls the Community of Peace Panel last November. In the Oak Room at Salt Lake Community College’s Taylorsville Redwood Campus, the international finance major brought together an impressive group to discuss spirituality, ethics and economics.

The panel engaged in “lively” discussion in front of 50 students and faculty members. “Rabbi Samuel Spector made spirituality very human, practical and enabling in ways that pointed toward solutions of learning and caring about each other, no matter the personal choice of living circumstance,” Sanders said. Spector, a rabbi with the local Congregation Kol Ami, specifically addressed the impact of the October 27 mass shooting at the Tree of Life synagogue in Pittsburgh. 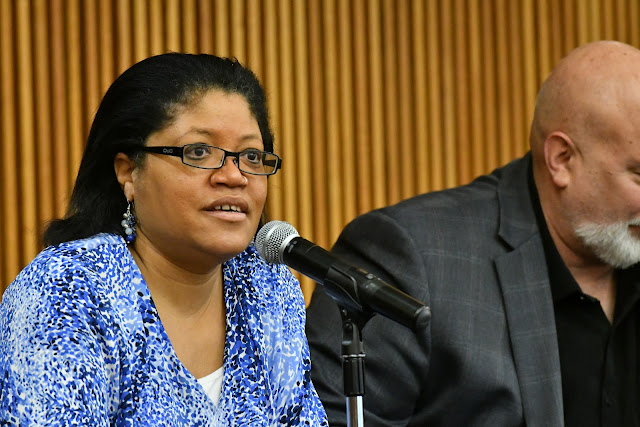 The panel also included J. Damien Scott, chief operating officer of the company Bedrock Special Projects, which supports clients all over the world with intelligence, operational security, executive protection, and investigative and logistical support. Scott addressed security issues while SLCC professors Dennis Watson and Ananda Spike tackled the topics of economics and ethics. “I enjoyed his work and dedication to this project,” Spike said. “I know David is trying to include more philosophical discussion on campus about a variety of time-sensitive and important ethical issues.”

Sanders, who can often be seen at SLCC events on different campuses with his recording equipment, also taped the event for his radio show and organized the panel under the banner of the Garden Party Club, which is group that he started. He describes the club, with “its academic roots in studies of the school of Epicurus and the writings of Moses in the Torah,” as inclusive to all students, such as non-traditional, veterans, disabled, cancer survivors (Sanders survived cancer), working students and all other clubs. The group’s activities include “chatting” and getting to know “the names and needs of each other from an economic and ethical perspective.”

Sanders is already planning another Community of Peace Panel for February 2019 and invites everyone to join his Garden Party Club. In the meantime, you can catch him Fridays at 4 p.m. on Radio SLCC. 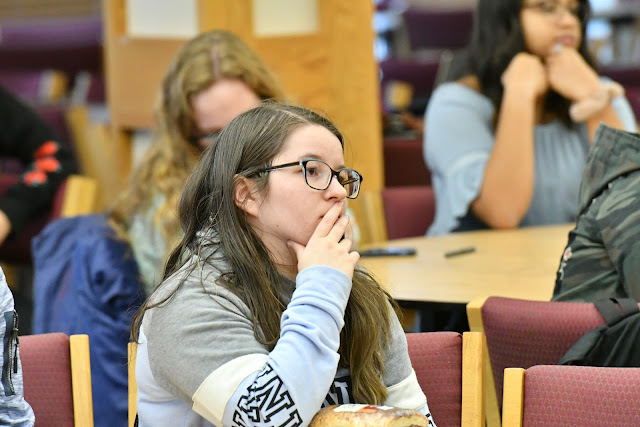 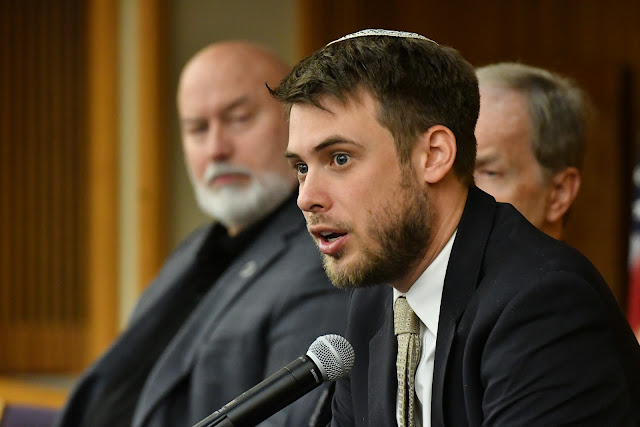