Much More than a Game: Student Athletes Learn Life Lessons from Teammate’s Injury 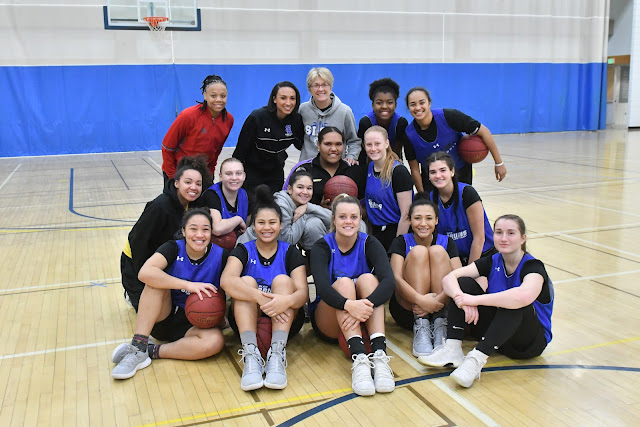 Australian native Leichan Williams (seated center with ball) surrounded by her family away from home.

When Leichan “LJ” Williams fell during a recent away game against Western Wyoming Community College, her coaches and teammates first thought the 6-foot, 2-inch center had just wrangled an offensive rebound and scored. In assistant coach Marcilina Grayer’s basketball mind, LJ had just executed a play exactly the way they had practiced over and over.

Players fall all of the time in basketball, and some were yelling at LJ to “get up” after sinking her jump shot in the paint. And on a cold, snowy November night, her team up by 10 points, the 18-year-old did try, but something had gone terribly wrong inside the Rock Springs arena in that evening.

LJ rolled over on to her back and raised her right leg. At that point, everything and everyone just stopped. Some covered their eyes. Others literally ran away from what they saw. LJ had landed on another player, rolling and severely dislocating her ankle, the likes of which her coach, Betsy Specketer, and several teammates said they had never seen. Most, including LJ, thought she had also broken bones.

Pain and shock immediately set in for the Australian native, but what unfolded in the minutes, hours and days that followed has left an indelible imprint on everyone involved. The incident and aftermath changed players and coaches in ways none of them could have anticipated.

“I was just scared,” LJ says. She had been injured before, but not like this. For the first few moments, most in the arena initially had a reaction that could best be described as visceral. 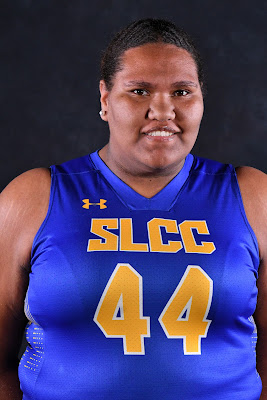 Teammates Dixie Lainhart, Barrett Jessop and Miki’Ala Maio were the first to move past being horrified to rushing over to their friend’s side. Lainhart noticed a row of guys in the stands turn and run out of the arena.

Specketer and Grayer kept coaching in those first few seconds. “When I saw her go down, I thought she got fouled,” Specketer said. “I actually yelled, ‘Get up!’” Grayer was ecstatic about the move LJ made to score. “I was like, ‘Yes, there you go!’”

Then, for the first time in Specketer’s long, 500-plus win career, she felt like she could do nothing and took a few steps in the opposite direction of LJ. “I wanted someone to go help her,” she said. “My emotions were to stop this game. Then I walked back to the bench. All of a sudden something came to me, ‘You have to go to her.’ I rarely run out on the floor when someone goes down. I try to stay calm. I was anything but calm. For me, it was about LJ’s welfare.”

Grayer covered her eyes. “I’m trying not to see it, but I’m seeing it,” she said. People ran out and she was frozen. “I didn’t know what to do. I have never seen anything like that in my life.” 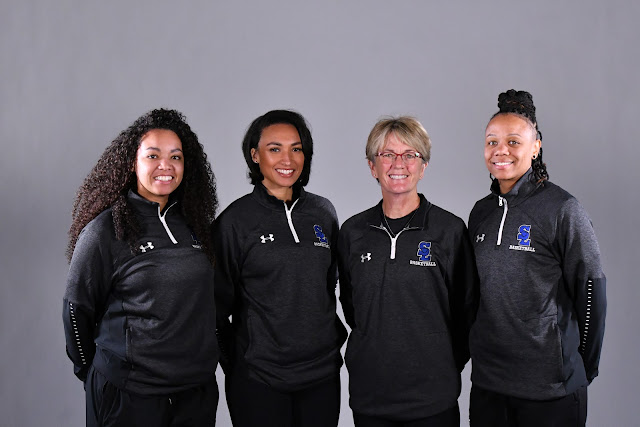 Specketer, Grayer and their charges then began to see an empathic response from the Western Wyoming side as some from the stands helped shield and protect LJ’s privacy as she lay in wait for the paramedics. Once emergency responders arrived, they immediately began to treat LJ’s pain and began making preparations to transport her to the hospital. Teuila Alofipo, a guard for the Bruins, rode with her friend in the ambulance. “I was amazed at how tough she was,” recalled Alofipo.

Back at the arena, Western Wyoming’s athletic director Lu Sweet called her equivalent at SLCC, Kevin Dustin, and kept him apprised of events as they unfolded. The team was supposed to drive back to Utah that night, but with a snowstorm in the area and one of their own headed to the hospital, things got complicated fast. Throughout the night and the next day, Sweet helped make sure the Bruins found lodging and food in Rock Springs.

Sweet’s immediate handling of logistics allowed Specketer to take a question back to her team. “I asked them, ‘Can we finish this game?’ They said, ‘Yes, we need to finish this game.’”

With 10 minutes of basketball left to play, the Bruins took to the floor and, despite the shock brought on by previous events, won the game 64-58.

“It was very dramatic and traumatic for all of us,” Maio said. “I learned from this experience. We grew as basketball players and as people. We had to finish the game for LJ to show strength, togetherness. And we just wanted to get done with the game and go see her.” 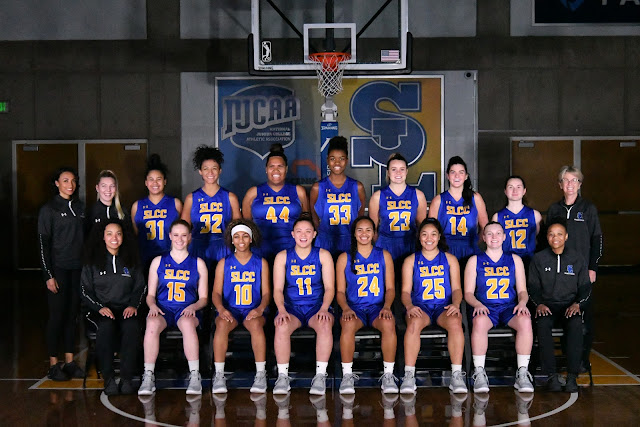 Everyone piled into the team van and headed for the hospital. Specketer left her players in the heated vehicle with pizza while she checked on LJ. The news was good – no broken bones, and LJ would be allowed to check out of the hospital that night. Specketer rounded a corner on her way back to the van and saw the entire team in the waiting room. “It was heartwarming to see them,” she said. “And I thought, ‘We got this. We’re going to get through it.’”

Coaches can and should put up some barriers, Specketer said. But that night, the players saw their tough coaches in a little more vulnerable of a light. “It is more than a basketball game,” Specketer said. “They all kind of matured a little bit, I think.”

In Grayer’s non-basketball mind, she saw something more in her team that night and in the days that followed. “I didn’t know our team was that close,” she said. “I saw compassion. I saw them huddle together. That was an eye-opener to me. Basketball is so much more than a score. Emotionally, mentally, it’s family. That showed me it’s more than just a game.”

The team’s 6’2” center Tyra Carr, a Copper Hills High School graduate, was one of the first teammates to drive LJ around when she arrived in the area, and as a result they’ve formed a close bond. “This drew us closer. It gives you more of a reason to play,” Carr said. “At times you’re working out and you don’t know why, and it’s hard and you feel like you can’t keep going. Seeing that happen to LJ was an eye opener. This experience has made as stronger as a team, and it gives us a reason to play.” 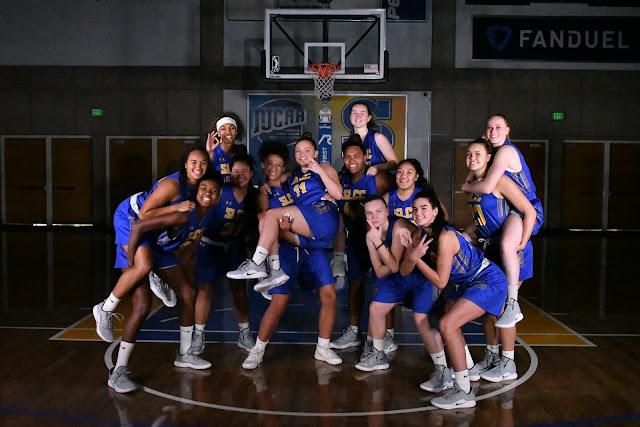 February 28, 2020
As part of our established emergency procedures,  SLCC has a plan in place for handling infectious diseases that have potential to affect everyday life . These plans include procedures for facility management, hosting campus events, class schedule adjustments and more. We have also created a coronavirus working group that includes members of college leadership, the SLCC Department of Public Safety, the Center for Health and Counseling, and the school’s Environmental Health and Safety department. This group is working closely with the Utah Department of Health to monitor the spread of the virus and any impact it may have on our region.  If deemed necessary , the college may choose to implement protective measures, and if any of these actions are undertaken, the college will communicate this through email, social media and our emergency communications system.  If you have not yet signed up to receive email, text and phone alerts through our college emergency system,  please do so here …
Read more