Brother 2 Brother Helps from Within, Out in Community 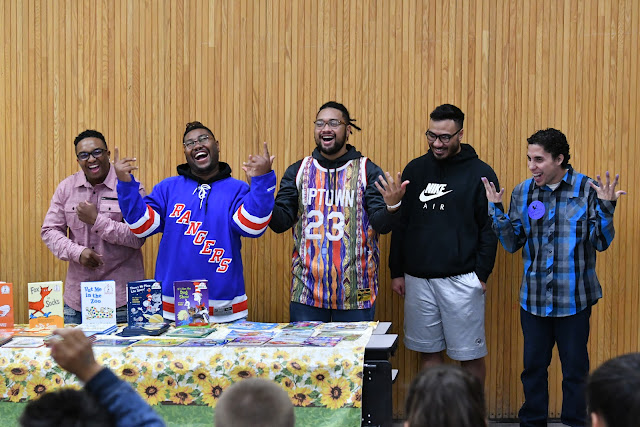 On a sunny Thursday in October, Jessica Mendez and her Brother 2 Brother peers shoot hoops and horse around outside with students before reading and donating books to them at East Midvale Elementary School.

Two stories emerge on this day – Jessica’s recent coming out while at Salt Lake Community College as transgender and the college’s community service project at East Midvale.

Inside the school, five members of Brother 2 Brother (B2B) introduce themselves. Jessica goes last, flashing her impeccable lavender nails against the backdrop of a plaid shirt. They break off into groups after each child chooses a book for themselves that they can take home – the school gets to keep the rest. 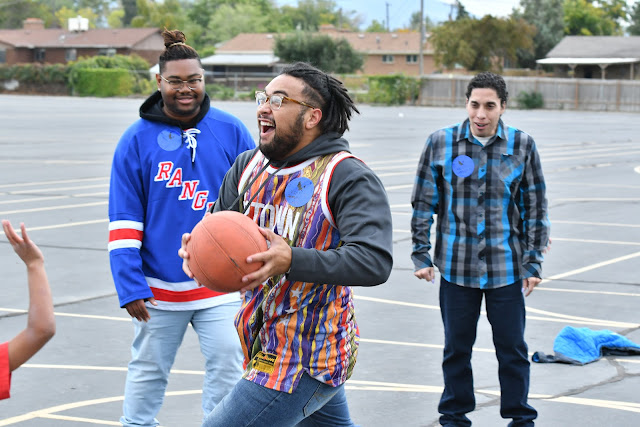 The donation of books is made possible by a Community Engagement Award offered at SLCC. B2B mentoring coordinator Tevita Hola applied for the award. “SLCC Brother to Brother’s literacy project is exactly the type of program the Community Engagement Award was designed to support,” says Jenifer Seltzer Stitt, director of community relations for the SLCC Office of Government and Community Relations. “East Midvale Elementary faculty worked with Tevita and students to develop a reciprocal project that placed Brother 2 Brother students as mentors and leaders within our community while providing young people with encouragement and positive role models.”

B2B member Chris Toney-El, 19, came up with the idea to help East Midvale. Students join B2B, Hola says, to feel “safe and wanted,” to embrace diversity, face challenges and not let circumstances dictate their outcomes. “First-year student Brent Pese, for example, decided to come (to East Midvale) last minute when he heard about this community outreach project,” Hola says. “With his wife and their two little girls along for the ride, they bundled up and came to the school in support of the project.” 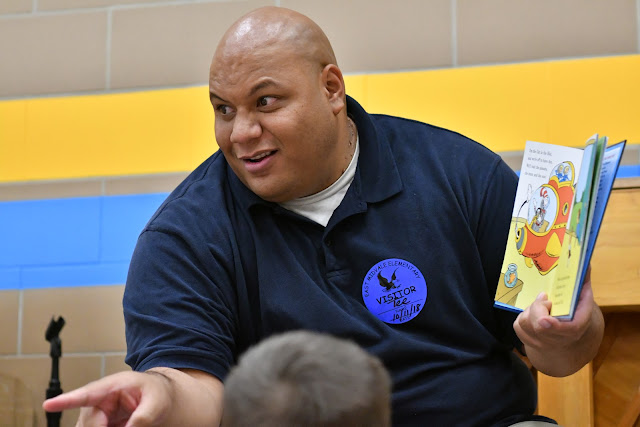 Hola says the entire event at East Midvale is able to put smiles on the faces of about 35 children. And like the B2B program, the experience at the school has a positive effect on the SLCC students. “The theme or the motto of the Brother 2 Brother mentoring program is ‘Saving Lives, Salvaging Dreams,’” he points out. “We as a chapter strive to build this motto not only within our community but also with the students in our program who are invested to be better and to succeed at whatever they choose to do in life. It is important these students understand how to give back and to remember where they started from. Overall, projects like these make education transformational and create memorable imprints in our lives.”

Earlier, outside on East Midvale’s playground, Jessica, who reveals only that she is in her late 30s, says it’s never too late to go back to school. “I’m all about education,” she says. “I really think it’s empowering.”

Unlike the typically male-sounding monikers on the badges of her B2B buddies, the name “Jessica” begets a question. “I just love it,” she replies. “Jessica is a name I’ve had for the past four years.” They are years that she admits have been “hell” at times. But when she came out to the guys in B2B, they were supportive and understanding, according to Hola. Jessica agrees. “The fact that I can be honest, just be me, my authentic self – and here at SLCC the fact that no one judges me – gives me the confidence to be able to do this,” she says about being involved and out while at SLCC. “So, it’s been positive to be myself. Thank goodness I haven’t had any bad experiences yet at Slick (SLCC).” 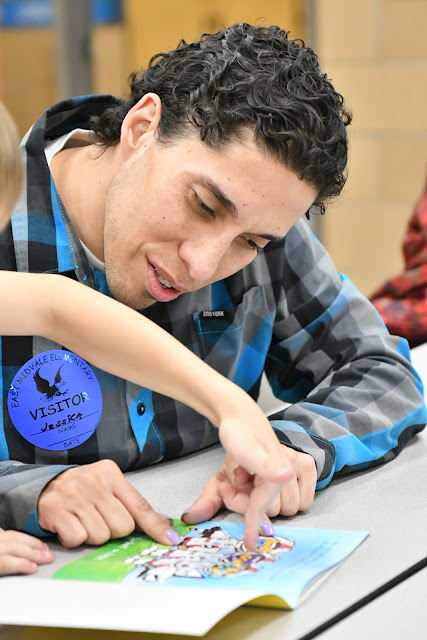