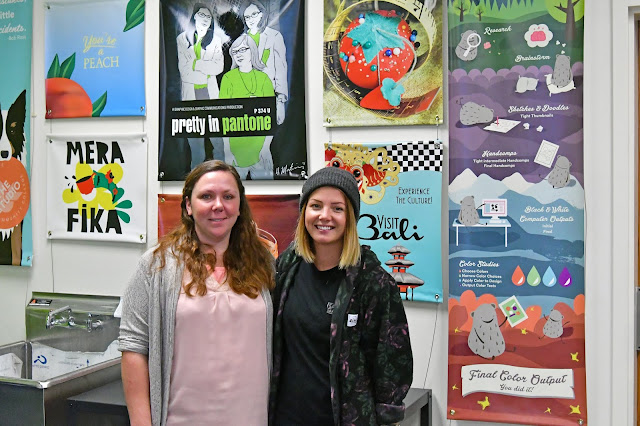 Associate professor Jessica Curran went with graphic design and communications student Maja Keefer to Pacific Printing Industries’ annual Print Rocks! competition in Portland this past September, hoping her student would win an award. Instead, they both walked away winners.

Curran was nominated for and received a 2018 Printastic Educator award for her extensive work in education while promoting and teaching print production at Salt Lake Community College’s Visual Art & Design (VAD) department. Keefer, her student, entered a poster and infographic into the Print Rocks! competition and earned a Best of Graphic Design – Student award.

“It is important to me that we continue to educate students on the core principles of graphic communications so that they are prepared to fill positions in an industry that has an aging population,” Curran says. “The printing industry is one of the largest industries in the United States via volume of sales and number of employees. Many jobs become available on a yearly basis due to retirees. It is my opinion that we, SLCC, can help fill that gap.” 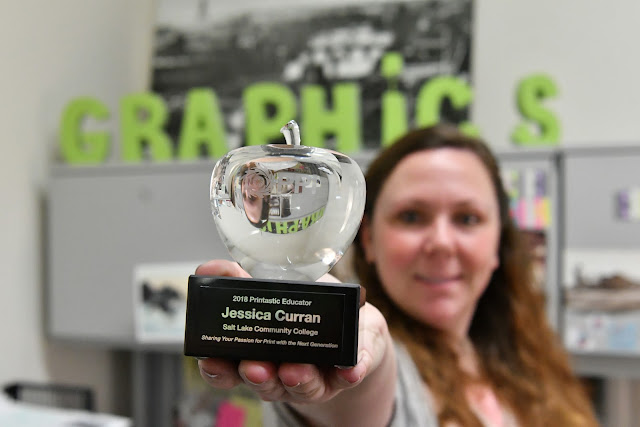 Curran, who holds a bachelor’s degree in graphic design and a master’s in graphic communications, has worked to make SLCC’s program more in line with industry standards by reorganizing classes to be more rigorous and comprehensive. The college now teaches both traditional print and newer digital publishing technologies. She also works with other specializations in the VAD department to explain how graphic communications is the “foundation” of many of the areas taught in SLCC’s VAD program.

“I like to describe graphic communications as the technical side of graphic arts,” Curran says. “We work in a creative world, but our job is to figure out the how for every artist’s idea. How do we get the artwork from a computer screen to a giant billboard? How do we take a logo and apply it to a hat? How can one design be translated for a website, print brochure and an app? How do we get the color on screen to match the color when it is printed?”

Curran has worked at SLCC since 2011. Keefer, her student, won a Print Rocks! award with a tropical-looking poster, inspired by Utah’s mild winter last year, advertising SLCC’s Student Art Showcase. Keefer is originally from Sweden and plans to graduate from SLCC with an associate’s degree in graphic design and then pursue her bachelor’s degree at the University of Utah. She is still uncertain, however, where it all might lead. 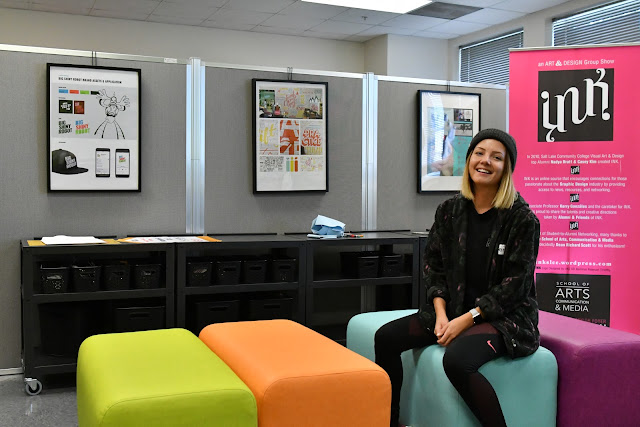 “I’m keeping my book open, mainly because I’m interested in so many things,” Keefer says. “I would love to become my own boss one day.”

Keefer’s poster, and an accompanying infographic explaining her design process, will now move on to an international competition and will be judged against designs from artists across North America, China, Indonesia, Australia and the United Arab Emirates.