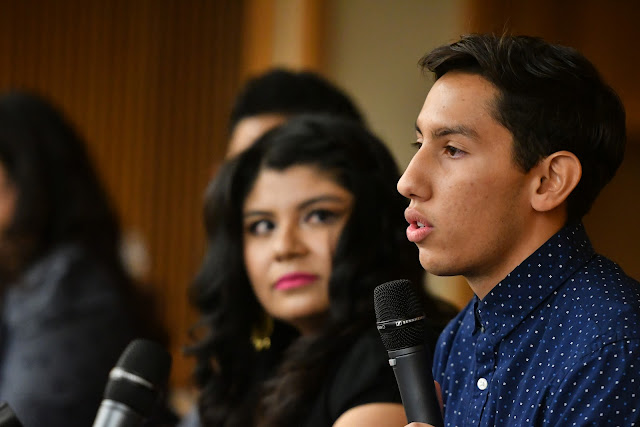 The tears flow as soon as Alvaro Martinez, Jr. starts talking about moving from Mexico to the U.S. at age nine. “My life completely changed once I moved to the U.S.,” he said. “I have lived through many difficult situations throughout my life.”

Martinez was part of an Oct. 9 panel discussion dubbed “Latinx Immigrants: Stories, Struggles and Triumphs in Utah,” held in the Oak Room of the Student Center at Salt Lake Community College’s Taylorsville Redwood Campus. Mequette Sorensen, interim associate dean for the SLCC School of Economics, Psychology & Sociology, formed a committee to plan and secure funding for the panel as part of Hispanic Heritage Month, which runs Sept. 15 to Oct. 15. “I felt it was time for me to organize another opportunity for our Latinx students to celebrate their heritage, bring important issues to our college and provide an educational forum for all students to learn more,” Sorensen said. 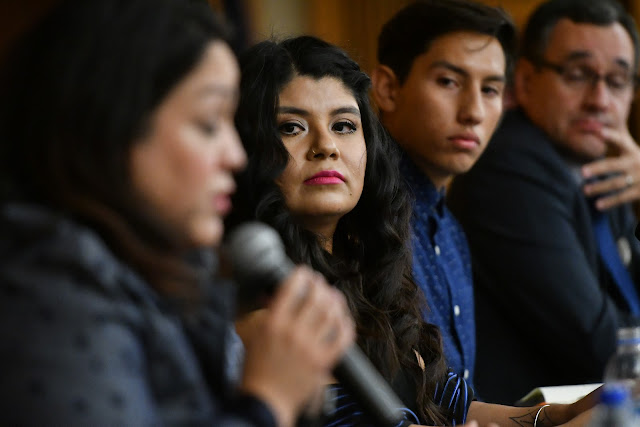 Martinez, 20, a first-generation college student who is SLCC’s Student Association president, talks haltingly about not being able to travel with all of his family members for fear of an immigration stop and possible detainment and deportation due to lack of proper documentation. When asked about his own successes, he reminds people that his is an average story. “The change we can make as just average people is huge,” he said. “The average person really matters. I made a difference in my community, representing students, and I hope you guys go out as high school students or average people and make a difference in your community.” 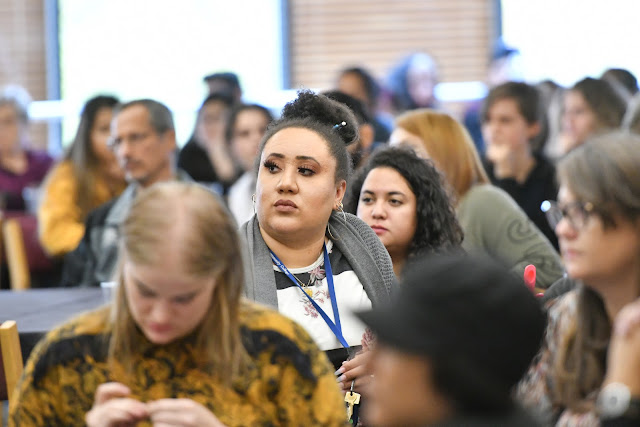 About 100 people, many of them high school students, asked questions of the panel that covered a variety of topics, including racism within one’s own family. Reyna, who moved from Peru with his mom and brother at age 11, said his brother, who was light skinned, made fun of him growing up. “It was something that was really hard for me,” he said. Escamilla encouraged the audience to use the pain of “dissonance,” whether within your own family or community, as a voice for change. “If you speak up as someone who has had to cope with that,” she said, “when you see confrontation or injustice, you have that experience. Your voice is so powerful, and no one can take that away from you.”

Escamilla was also asked about children being separated in mass numbers from their parents at the U.S./Mexico border, and she emphasized the fallout is ongoing. “They haven’t fixed the problem. Until there is enough outcry, they’re not going to fix it. You’re going to go down in history. This is going to be in our U.S. history books – I guarantee it. You might want to be on the right side of history and do something.” 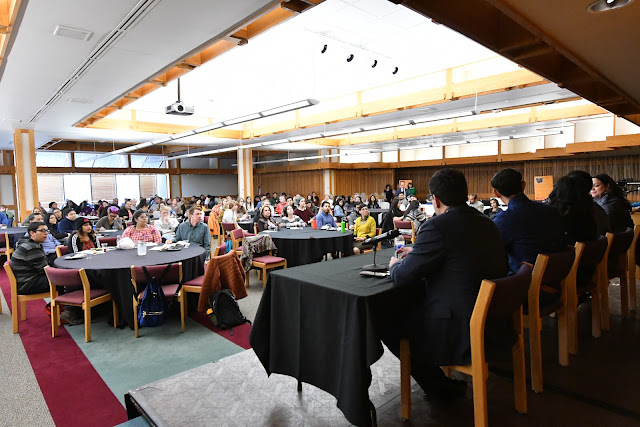 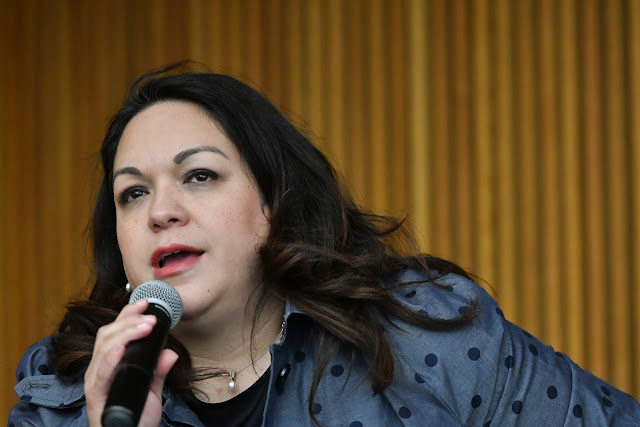 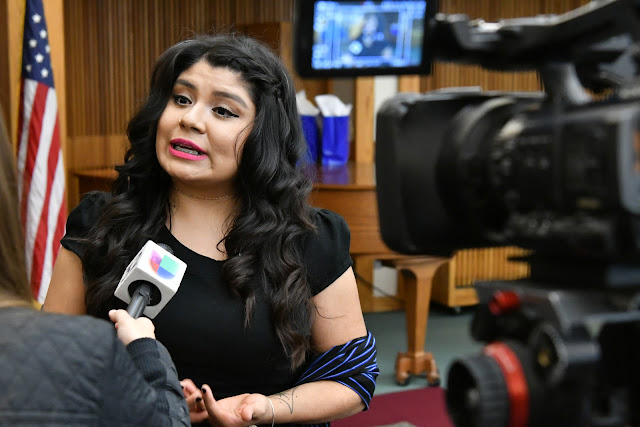 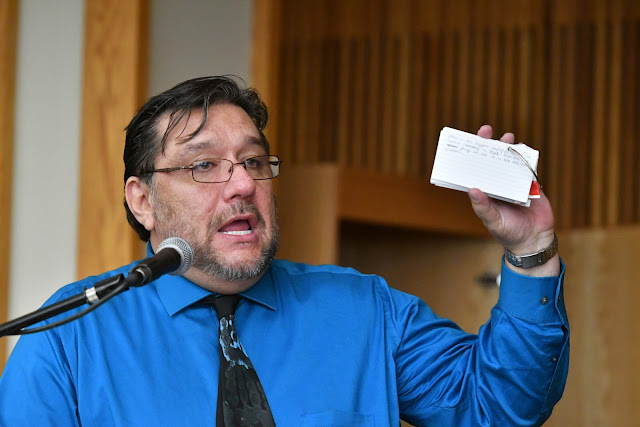 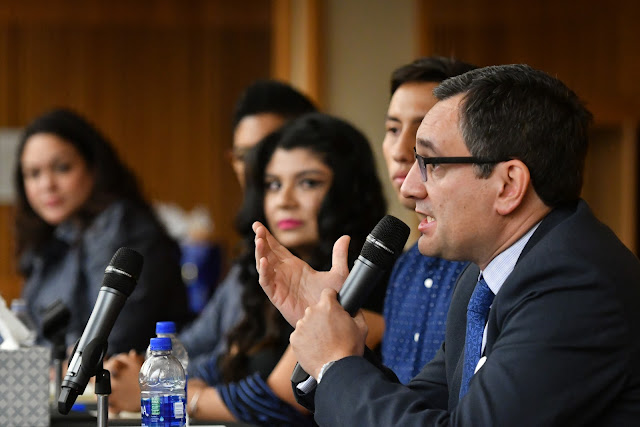 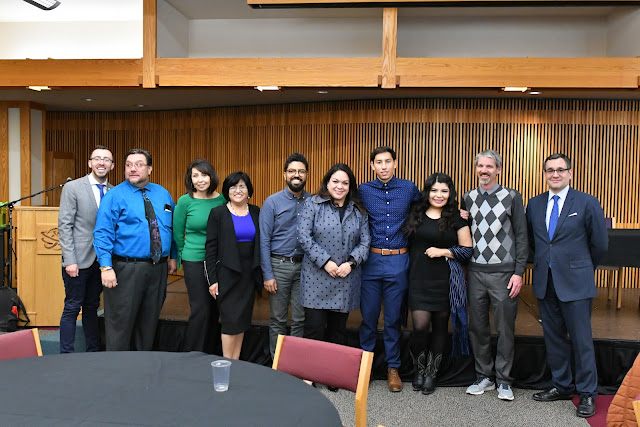