The Creepy “Conspiracy Wall” at South City Campus: You Won’t Be Able To Look Away 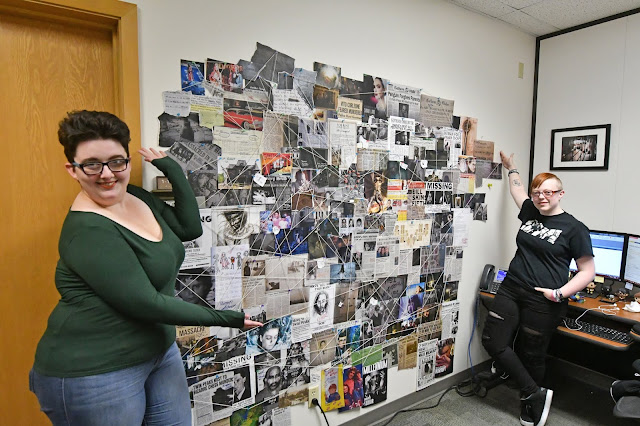 With those words, Greg Caputo, who teaches Technical Theatre and Stagecraft, rolled his eyes over the wall featuring unsettling words and disturbing photos linked together by string and colored tacks. “It’s just too amazing,” Caputo says. “It’s overwhelming.” 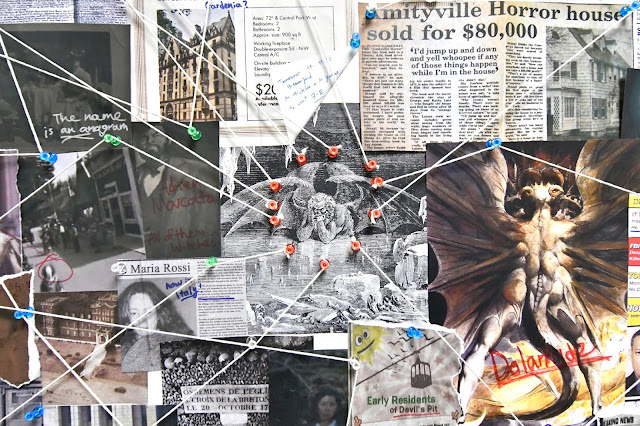 Last year they plotted how best to decorate their office for Halloween. Naturally, they will readily admit, their minds went to “crazy news clippings” and notions of characters losing their minds in movies and somehow connecting everything back to “one source of evil.” Good fortune and timing conspired with the 2017 release of filmmaker Andy Muschietti’s adaptation of Stephen King’s 1986 horror novel “It.”

The two set about concocting ways to connect events from horror movies across the genre back to a central source, Pennywise the Dancing Clown from “It.” The wall took shape, much in the same way moviegoers might see law enforcement try to trace back crimes to one person. It was an instant hit.

“People wanted to get a closer look,” Jayme says. “They asked us what it was, at first. Then they would get in really close and see how everything relates back. People were giving us suggestions for more movies to add.” 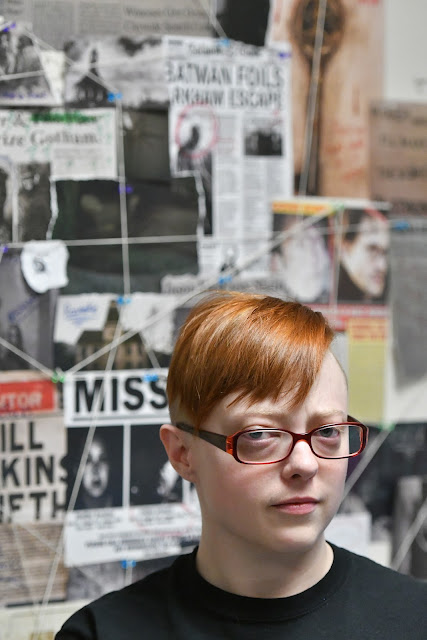 This past July they took a broader approach, deciding to make the devil (as depicted in an illustration from Dante’s Inferno) the centerpiece of the wall. They used parchment paper for printing photos, articles and headlines, all representing cursed items, cursed people and cursed places. Red tacks symbolize the devil. Green tacks are for cursed people, blue for cursed places and purple for objects. Clear tacks are used as placeholders for information that can’t be correlated into a specific category. And strings tie everything back to, you guessed it, the devil.

As Jayme and Jude look at their own creation, the geek out a little. They talk about needing to re-watch scary movies like “The Conjuring II” and “As Above, So Below,” which they excitedly recount how it was shot in France’s catacombs. They love talking about all the movies represented on the wall.

“It makes you want to stand here and look at it,” Caputo says. “I’m not surprised they did it. I’m glad they did. This is the kind of work you usually see around this school.”

The wall will be up through Halloween. Go see it, if you dare, at Room 1-159 on the South City Campus. 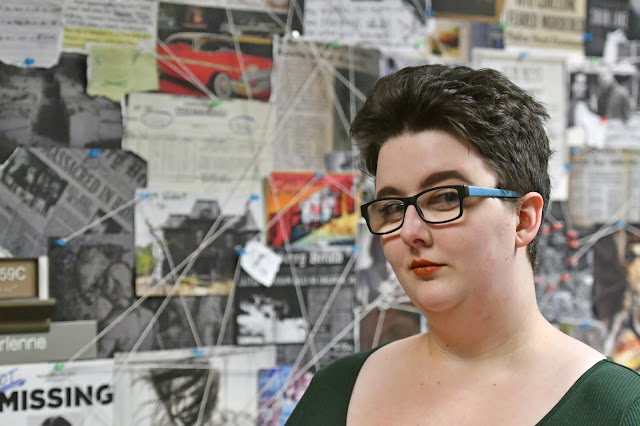