May 19, 2015
Salt Lake Community College has named Richard Scott the new Dean of the SLCC School of Arts, Communication and Media. 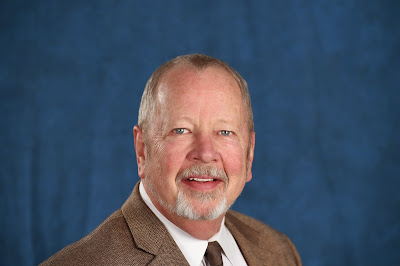 “Richard brings an understanding of institutional history, academic leadership, strategic planning and an impressive record of community engagement to Academic Affairs along with a deep commitment to student success,” said SLCC Provost for Academic Affairs Clifton Sanders. “His leadership and longtime success in cross-departmental collaboration, community conversations and his deep and personal understanding of the creative process will continue to be an asset to the College.”

Scott served as interim dean until recently being officially named to the position. He will preside over programs offered by the new Center for Arts and Media at SLCC’s South City Campus near downtown Salt Lake City. The Center delivers courses in television, film, radio, journalism, animation, theatre, radio, photography, graphic design, music and more.

“With the School of Arts, Communication and Media, the new Center for Arts and Media and the Grand Theatre, the future of South City Campus has never been brighter,” Scott said. “We are working on increased collaboration between programs that compliment each other in order for our students to excel and succeed in multiple arts- and media-related fields. I’m proud of our first-class faculty and look forward to working with them on strategies to exceed expectations for South City Campus to be relevant in today’s marketplace and to take this facility to the next level. The community in and around the campus is vibrant, more visible than ever and growing, and with the recent addition of the Grand Theatre as a screening venue during the annual Sundance Film Festival our outreach and impact has extended even deeper into the global community.”

Scott is also the Executive Director of SLCC’s Grand Theatre, the Grand Theatre Community Institute (GTCI) and Cultural Programming at SLCC. He has almost 30 years of theatrical experience as a producer, director, actor and instructor. He has worked with many of Utah’s theatre companies including Pioneer Theatre Company, Salt Lake Acting Company, Sundance Summer & Children’s Theatre and the Egyptian Theatre in Park City. His credits at the Grand include director of Eurydice, Anything Goes, Damn Yankees, The Odd Couple (Female Version), 1776, Our Town, Morning’s at Seven and as an actor in Arsenic and Old Lace, A Funny Thing Happened on the Way to the Forum, All My Sons and Inherit the Wind.  Richard is a member of Actors Equity Association and the recipient of the 2010 Mayor’s Artist Award.