October 22, 2014
It was a dress made, in part, inside 3form sales representative Karey Sransy’s home oven that won an “Honorable Mention” award for Salt Lake Community College at the 2014 Fashion Remix show in Salt Lake City. 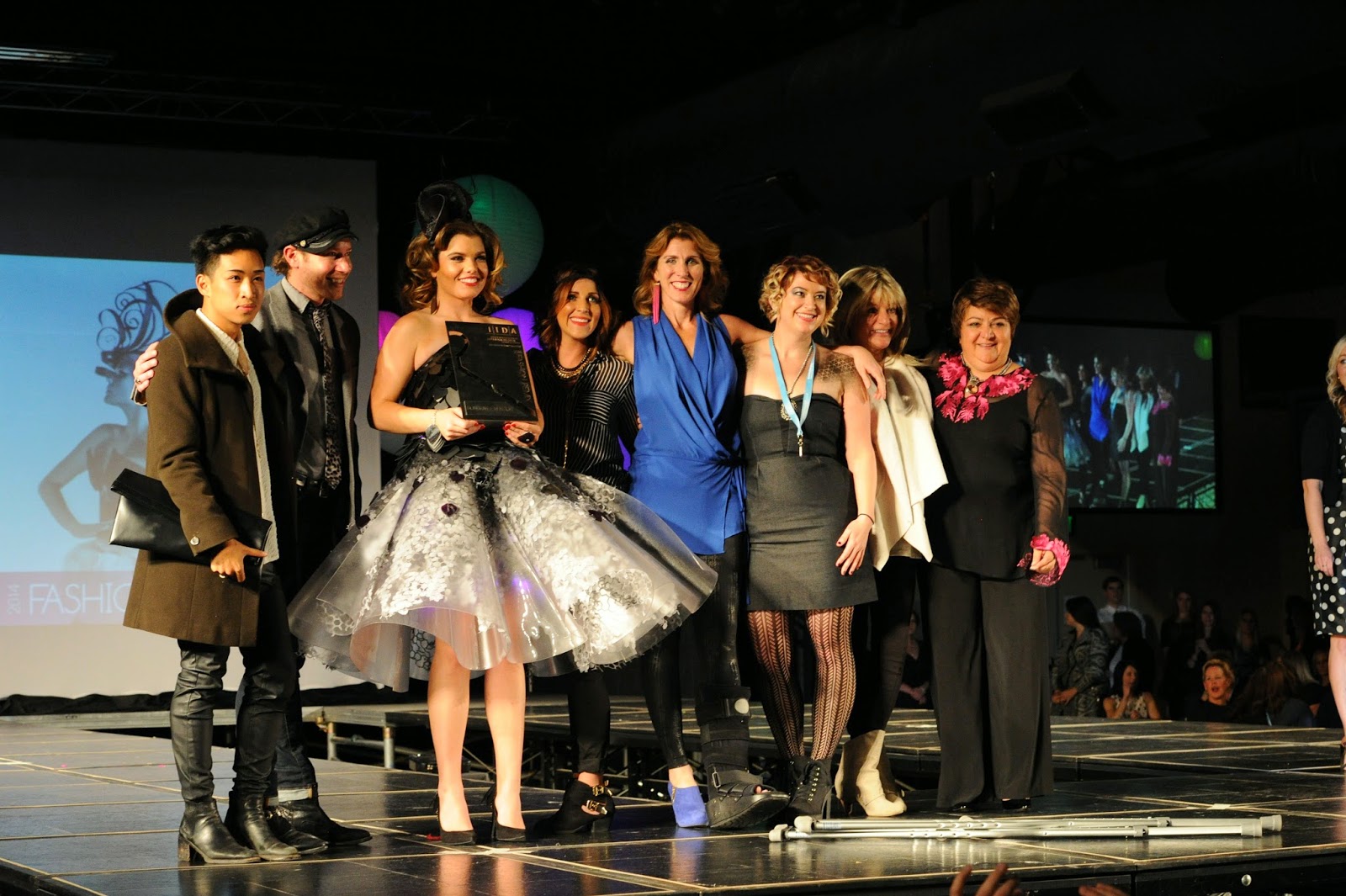 The challenge was for teams participating in the show to design an outfit using elements and materials associated with interior design. Fashion and interior design students from SLCC worked on the dress with materials used by 3form, a Utah-based architectural materials solutions company.

“The inspiration for the dress was a Haute Couture, 1950s-era cocktail party dress,” Spransy said. “We wanted to do an ombre effect, going from dark to light, which lead to our team name “Obscurite a la Lumiere.”

It took a team of six more than three months to design, craft and build the dress using, among other things, a laminated resin and adhesive backed textile. The team used recycled or reusable materials from 3from, which is a “Zero-Landfill” manufacturer. SLCC students Lauren Weaver, Samuel Rose, Linda Lechtenberg and Trung Tham worked on the dress. 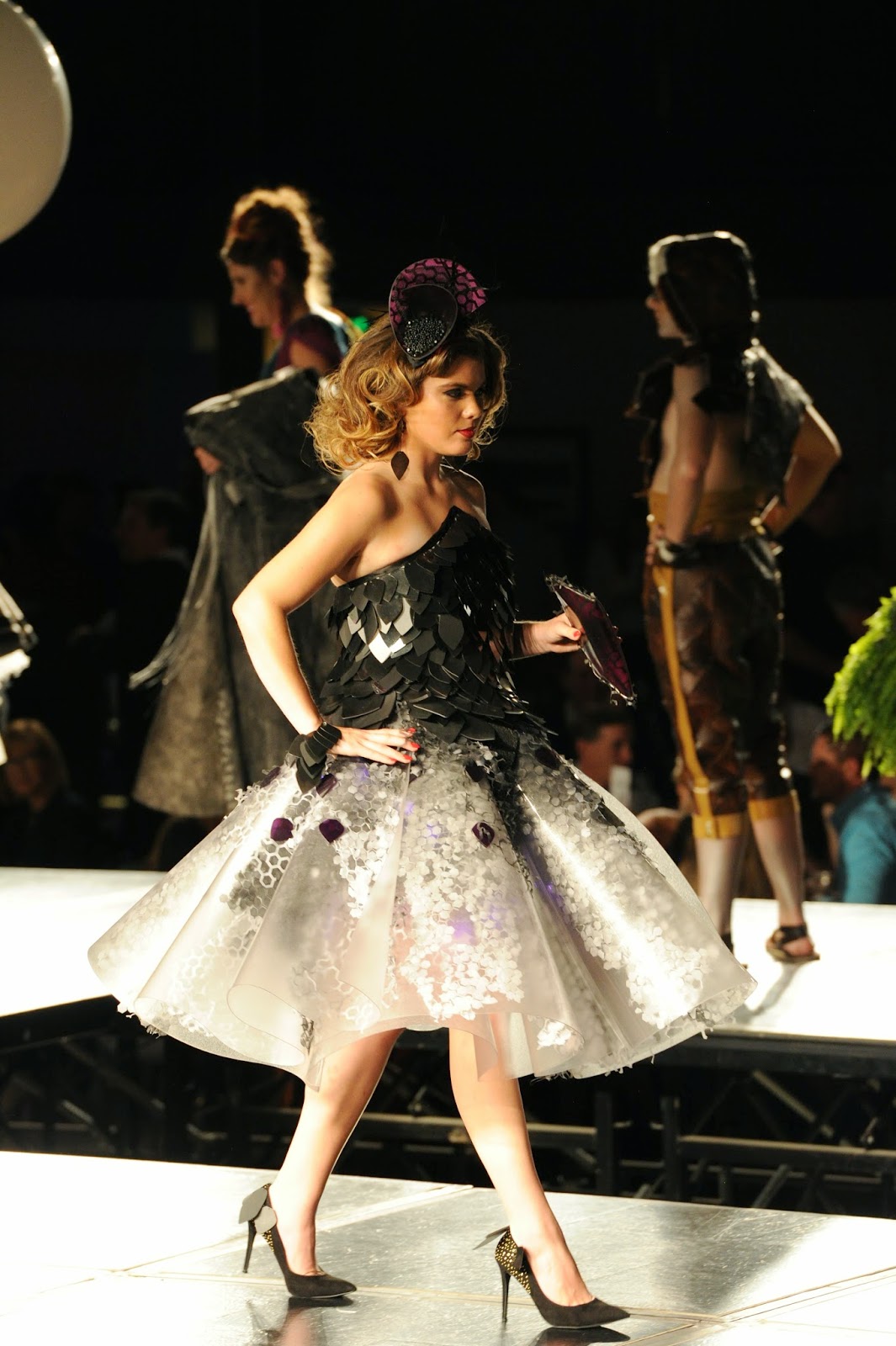 Pieces of the dress, clutch and hat were heated in ovens and then hand formed. For the skirt the team used 3form’s walk-in oven, heated to 298 degrees, that it uses for fabrication in larger jobs.

“It only took about five minutes before the materials were pliable enough to be hand-formed into the flowing, billowy shapes of the skirt,” Spransy said. 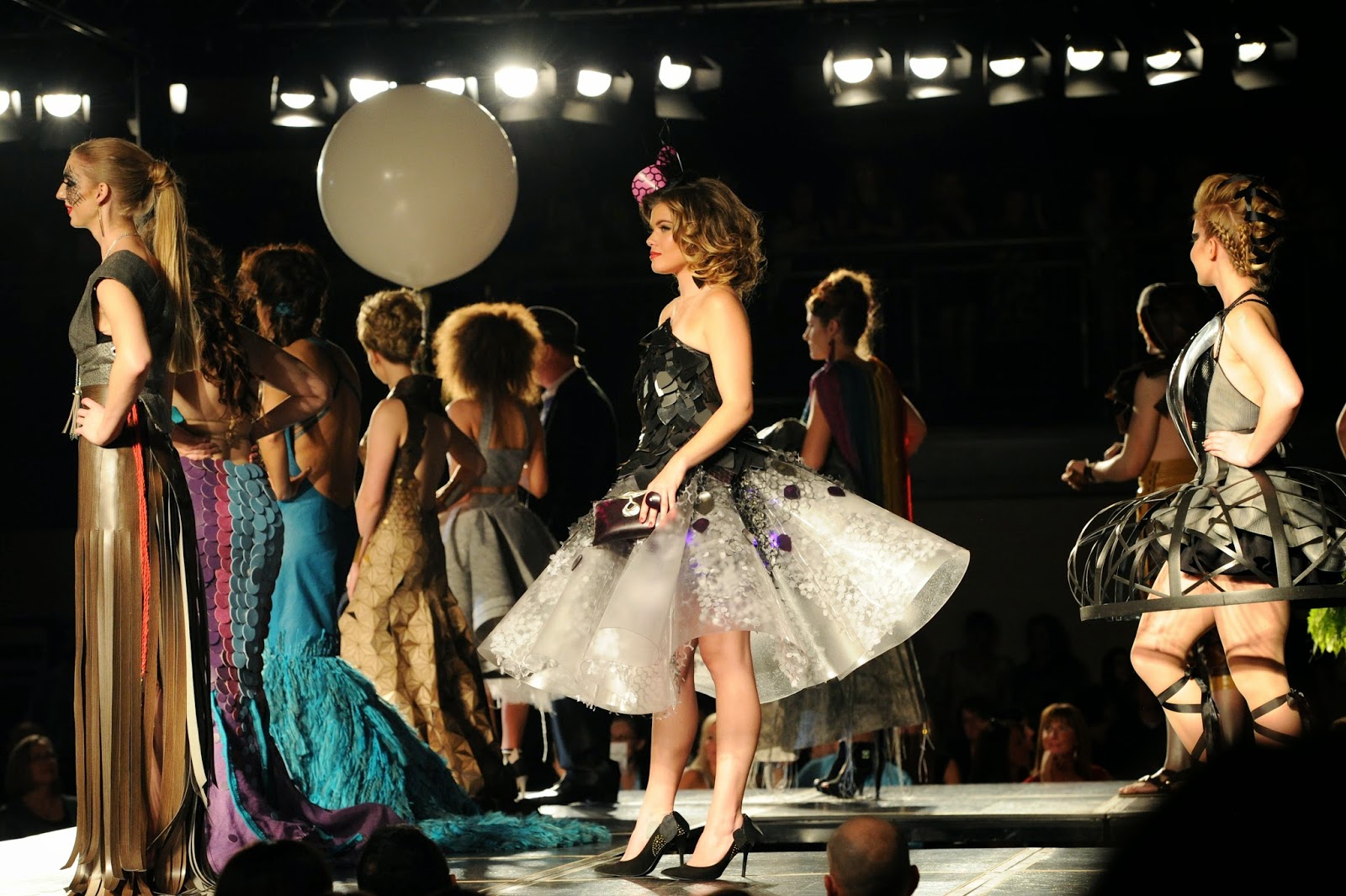 Outfits in the October 16 show, which benefited the Cystic Fibrosis Foundation, were judged on creativity, craftsmanship, construction, detail, use of manufacturer’s materials and models’ performances on stage. International Interior Design Association organizes the annual event.

In all 20 teams participated in the show, including BYU, Utah State University, LDS Business College and Weber State University. Over half of the teams were pairs of private companies that work in interior design.