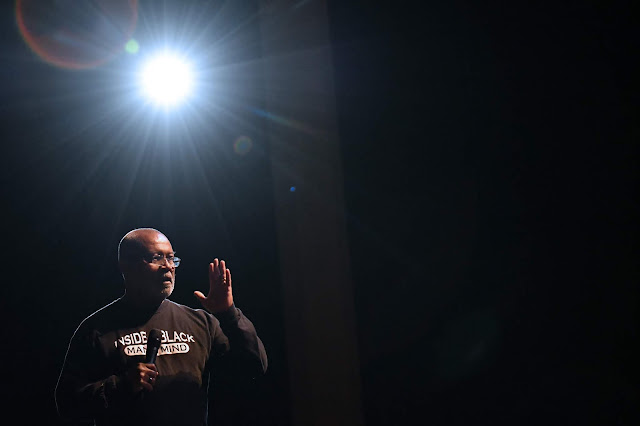 Ron Stallworth made a bold move in 1978 that, 40 years later, has made him a household name and drew hundreds recently to Salt Lake Community College’s Grand Theatre to hear him talk about what he did.

Stallworth, portrayed by actor John David Washington in Spike Lee’s Oscar-winning film Black Klansman, infiltrated the Ku Klux Klan while an undercover detective with the Colorado Springs Police Department. He talked for about an hour at the Grand Theatre, covering the movie, his memoir from which the film’s screenplay was adapted, the KKK’s David Duke, President Donald Trump, race and racism, the N-word and his seven-month investigation in Colorado Springs. 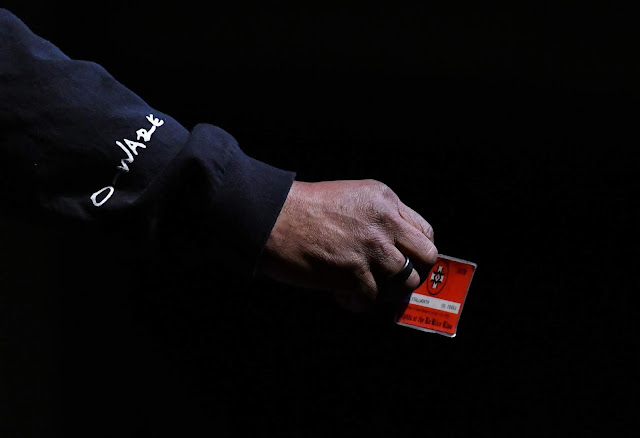 Stallworth shows his KKK membership card to the audience.

Stallworth, who worked for two decades with the Utah Department of Public Safety, also taught criminal justice at SLCC. “It’s been a very pleasant return to the city, the state I called home for 30 years,” he greeted the Grand Theatre crowd. “The city and state where I helped get a gang unit started that still exists to this day.”

He spoke at length about the N-word after explaining that he no longer filters himself when speaking to groups. “We have become so conditioned to avoiding that word, so sensitive to it, that we now have this little soft, tippy-toe dance around it – the N-word,” he said. “Ladies and gentlemen, you cannot soften that word and its meaning. … It was used to dehumanize us as a people and delegitimize us as a race.” He went on to urge people to have a conversation about the word and about the subject of race. “That’s the only way we’re going to confront it – we’re not going to eliminate it. It’s been around for 400 years.” 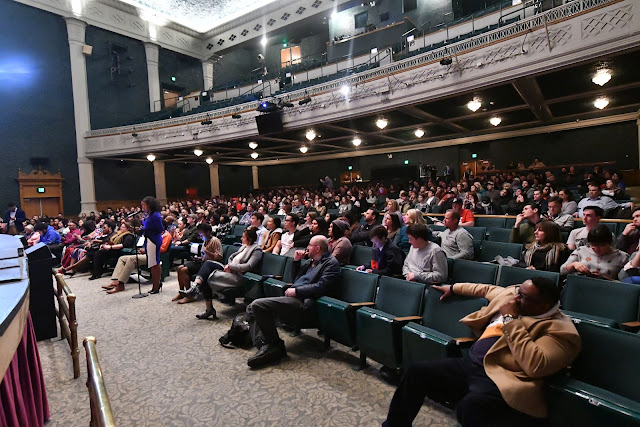 Stallworth talked a lot about his book, about how his investigation thwarted three cross burnings in Colorado Springs, stopped a KKK march through town and prevented the bombing of two “gay bars.” He recalled phone conversations, one just before the movie came out, with David Duke and their discussions of racism and the movie’s portrayal of the infamous KKK leader, drawing comparisons between him and President Trump.

Stallworth, who appeared at a reception prior to his speech, wrapped up his time at SLCC’s South City Campus with a Q&A and then a book signing with his wife Patsy Terrazas-Stallworth. He was brought to SLCC through a large collaborative effort that included the college’s Black Student Union, the SLCC Student Association, SLCC Arts and Cultural Events, the Office of Diversity and Multicultural Affairs, SLCC Student Life & Leadership, Provost Dr. Clifton Sanders and Dr. Roderic Land, Special Assistant to the President. The SLCC Black Student Union also presented Stallworth with a "Revolutionary Lifetime Achievement Award." 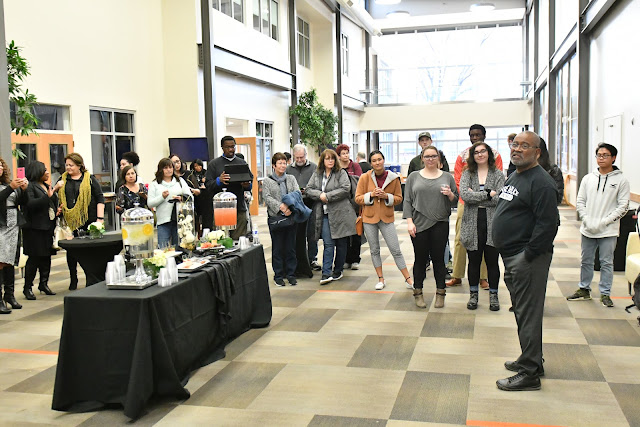 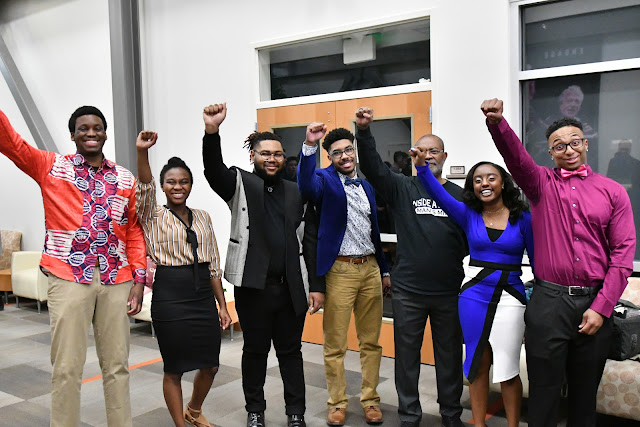 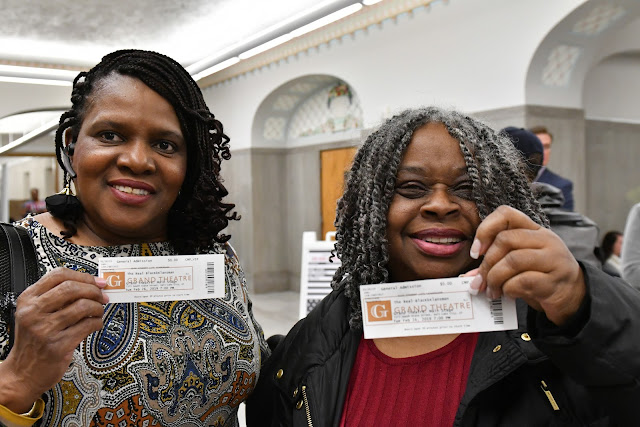 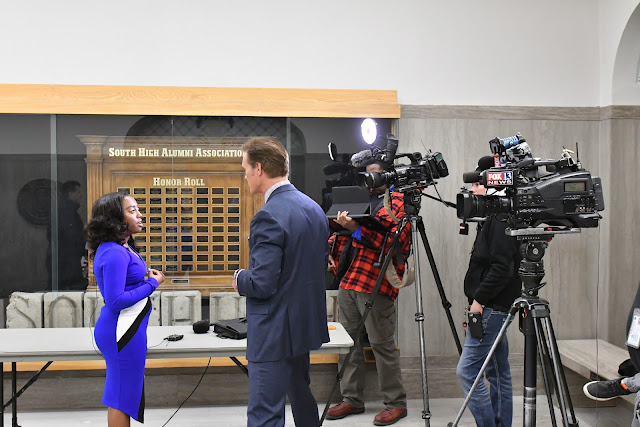 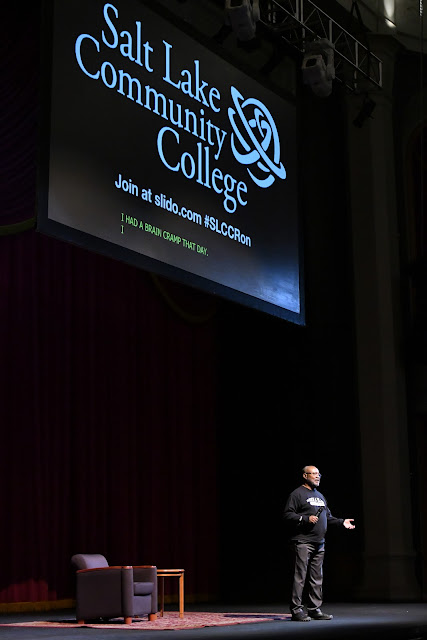 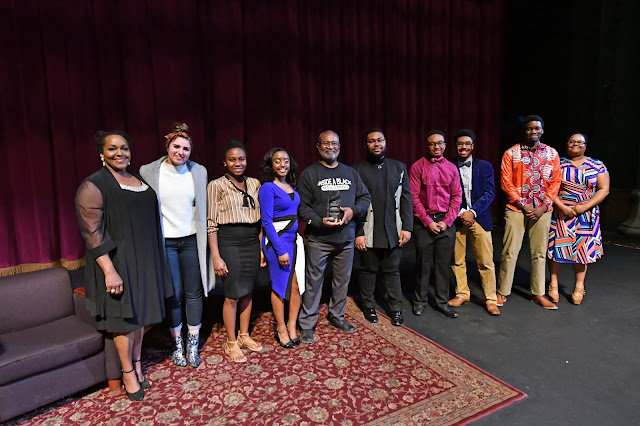 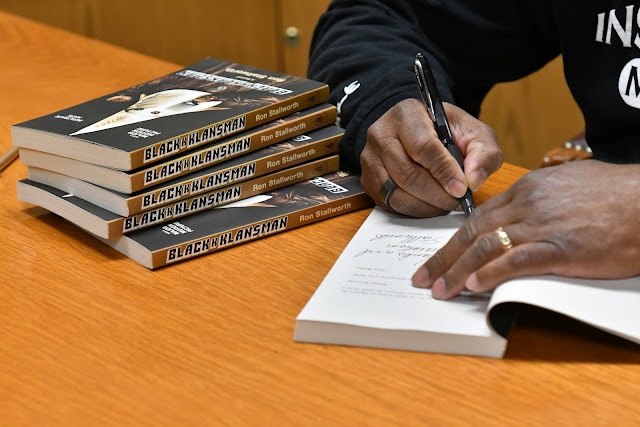 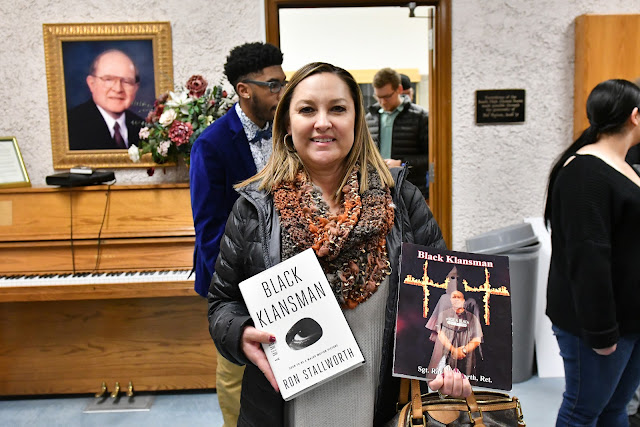 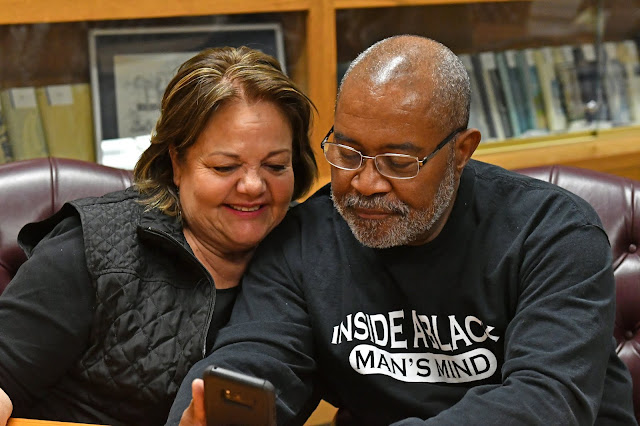 Stallworth with his wife Patsy Terrazas-Stallworth