“Karen Gunn has shared her amazing talents and knowledge with SLCC in the classroom, in the School of Business, and most recently at our Miller campus leading small business support and training efforts including the Goldman Sachs 10k Small Businesses program,” said SLCC President Deneece G. Huftalin. “She is a bright, engaging, passionate leader who has had an enormous impact on Utah’s business community. We salute her alongside the Chamber.” 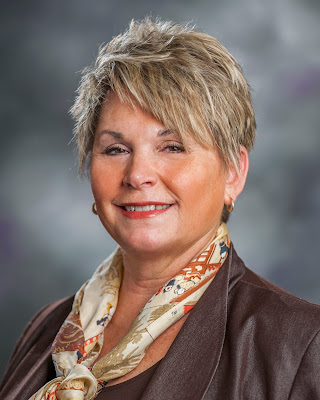 The ATHENA Award is a prestigious national award presented annually to an active member of the Salt Lake Chamber who demonstrates excellence, creativity and initiative in business. Each recipient must also provide valuable service by devoting time and energy to improve the quality of life for others in the community and assist women in reaching their full leadership potential.

“I cannot think of a more deserving recipient,” said Lane Beattie, president and CEO of the Salt Lake Chamber. “Gunn has over thirty years’ experience as an educator, corporate manager and entrepreneur. Besides having an astonishingly successful career, Karen has helped numerous other women achieve their dreams. We couldn’t be more excited to honor her as the newest ATHENA.”

“I am very humbled and grateful to receive this award,” said Gunn. “I have been inspired by incredible women, including ATHENA awardees. To be that person who can share the power of mentoring, see the potential in others and tap it, and help people reach their goals and dreams–there is no greater service or privilege.”