VR a New Reality for Some Students 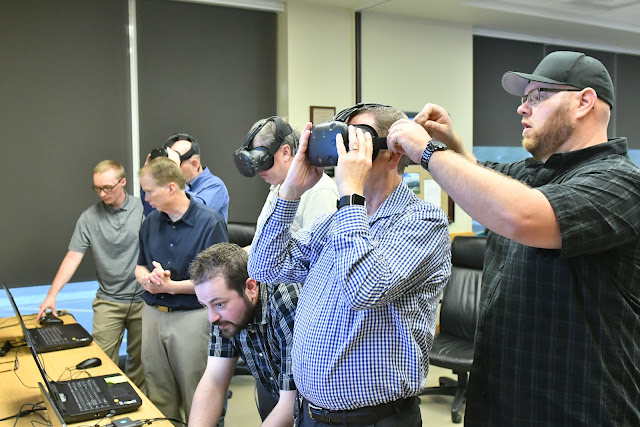 Thomas Penney thought he would work up a few artist’s renderings for his final project, apply them to a presentation board and show them to the assigned client – you know, the way it’s been done in the real world for decades. But his architectural technology professor posed a different idea.

“’Let’s use virtual reality,’” Kevin King told his students. King is an associate professor and program coordinator for the Architectural Technology program at Salt Lake Community College. He wants to demonstrate to students the capabilities of virtual reality, or VR, so that they are aware of the advanced tools they can use to improve and expand their skills and maybe give them a leg up over the competition in the workforce.

VR is making its way into classrooms around the country and increasingly at SLCC. One room, known as the VR cave, in the Technology Building on the Taylorsville Redwood Campus is dedicated to providing students with the equipment and support to incorporate virtual reality into their studies. Jameson Bawden is the on-site lab coordinator who also helps students set up the VR equipment for presentations at other locations.

Automotive students at the Miller Campus have used the technology to help learn how to paint the body of a car. VR is available to welding students at the Taylorsville Redwood Campus, where interior design students can also virtually walk around an electronic version of a room or building as they figure out the best use of the spaces within. Through the use of VR, students in the Survey of Furniture and Architectural Styles class are visiting and walking around in iconic, faraway buildings and interiors in places like The Parthenon, Pantheon, Roman Colosseum, the Vatican and St. Paul’s Cathedral. The non-destructive technology program also has its sight set on using VR to train its students at the Westpointe Workforce Training & Education Center. 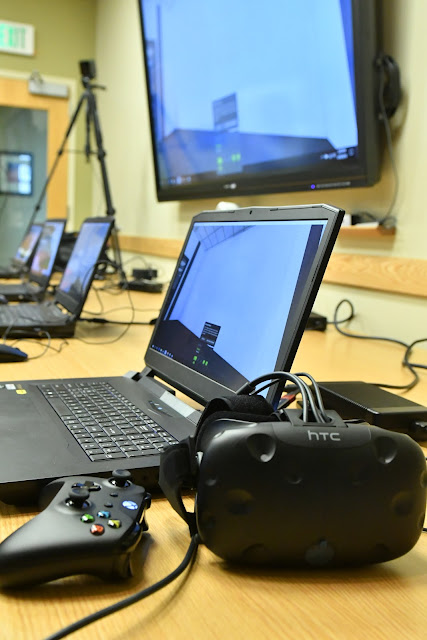 Every year King has his architectural technology students do a commercial design project. This year the goal was to design what is being called the Alder IT Building, a project the College is actually considering in its long-term planning process. The assignment was to improve upon the College’s existing IT facilities, to make them more open with collaborative spaces that let in a lot of sunshine and get people “out of the dungeon” in which they’re currently working. Thomas teamed up with classmates A.J. Vaughn, Ryan Wallace and Jen Rawlins, none of whom had any prior experience with VR. “I said, ‘I’m willing to learn,’” Thomas said. “I tried it once, and I was sold. The ability to physically feel as if you’re in the building sold me on the presentation style.”

The students spent weeks interviewing the building’s different users, or clients, determining wants and needs. “They learned that programming was a huge part of design work,” King noted. Soon all of those ideas took the shape of computerized drawings of walls, windows, chairs, tables and relaxing patio spaces that depicted people you could walk right up to while on your VR tour of the conceptualized building. Students were also able to convince the clients on an alternate location that they thought would work better with the flow of the Taylorsville Redwood Campus – right over the top of the Alder Amphitheatre.

“I wanted to do something that had high design impact with a low budget impact,” Wallace told the audience that included Malin Francis, director of Planning & Design for SLCC and Bob Askerlund, assistant vice president of Facilities. The site, he told them, is centrally located, offers good flow with existing walking paths and allows for areas to create attractive xeriscaped landscaping. 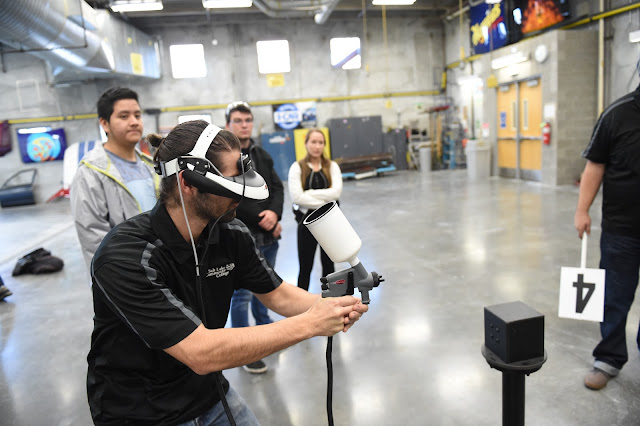 After Wallace introduced the project concept to everyone, Thomas and Rawlins walked onlookers through the first and second floors, at first visible on a flat-screen TV, as Vaughn “flew around” the interior, which means the self-described “gamer” actually guided the virtual walking tour using his thumbs to work two joysticks on an Xbox game controller. Audience members then donned VR headsets for their own self-guided tour.

“I got a little woozy doing it,” Francis admitted. “But it gives you a complete, totally realistic kind of perspective of what the project and building could be like. For me, it was helpful. It’s phenomenal.” 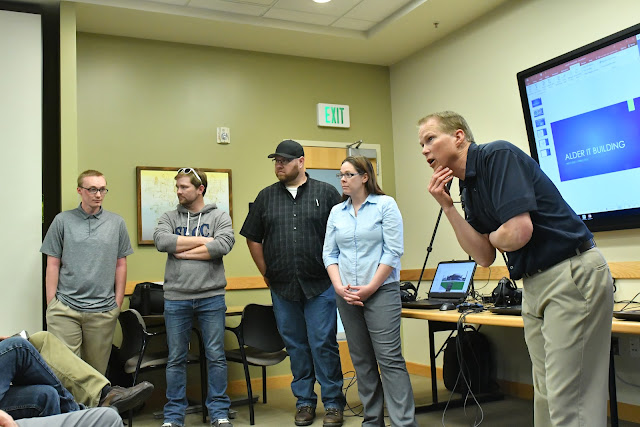 The students, each of whom graduated with an associate’s degree in Architectural Technology, came away with a sense of success and satisfaction after incorporating VR into their presentation. “We went from doing two-dimensional designs on paper to virtual, immersive technology in one semester,” Wallace said. “It was a complete game changer.”

“It helps you plan a space a bit easier than just straight paper drawing,” added Rawlins. “You get the feel of whether it will work. I love VR. I think it’s great. You can fix things on the fly easier. I think visually being able to see the space before it’s built can save people lots of money.” 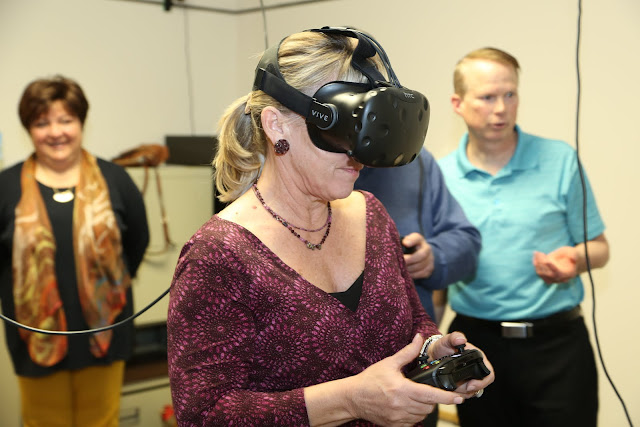