April 02, 2016
There will always be a place in chef Zane Holmquist’s kitchen for underdogs—because he used to be one, back when few people in school gave him a chance and when cooking meant time spent not having to bear the ridicule that came from being dyslexic. Once voted in high school most likely to go to jail, Holmquist, 48, is now vice president of food and beverage operations for the Stein Eriksen Lodge Corporation. Not bad for a “punk” kid who sported a Mohawk haircut, tattoos and an attitude and, by all appearances, looked like he might be headed down a path of obscurity. On the contrary, he’s become a star in his profession. 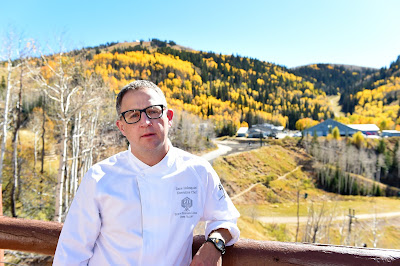 Despite skipping a lot of class time his senior year, Holmquist managed to graduate from Cottonwood High School. His biggest criticism today of schools is that educators often don’t teach to a student’s strengths, a flaw in the system that he says actually pushed him toward cooking. Recently he attended his 30th high school class reunion. People from the same school where he was made fun of for his dyslexia—a “reading” disorder that meant he also had a horrible time spelling even simple words—and poor grades now say things like, “Hey, I saw you on TV,” he recalls. He admits to the cliché, but he goes there anyway. “It’s an interesting world, and I have an interesting life,” he says. “You shouldn’t judge a book by its cover. That’s kind of the dichotomy of my life—don’t judge just what you see, because there’s a whole lot more there.”

Holmquist’s father and grandfather were realtors and property developers, and it was assumed he’d follow in their footsteps. But his mother ran restaurants where, back as early as the 1970s, Holmquist started to learn how to cook. “This is literally what I’ve done my entire life,” he says. “In the kitchen I found solace. One of the things I tell people about this job whether you’re in the front or back of the house is that it’s truly an equalizer. It doesn’t matter if you speak English, if you can read or write, if you’re from the Ukraine, Russia or Mexico, whether your mom and dad were rich—we open our arms to and accept everyone. I grew up working around people from around the world from every economic scale.” 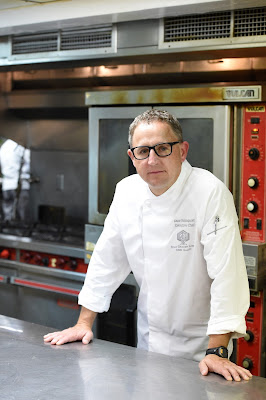 Zane Holmquist in the kitchen at Stein Eriksen Lodge.

He cooked throughout high school, graduated and inched forward professionally while working two or three jobs at a time. One of those jobs was working as a line cook for Melvin Harward, executive chef at Salt Lake Country Club. He remembers being hard on Holmquist, who still sported that punkish attitude. But they also talked about Harward’s career path, how much it paid and what Holmquist needed to do if he wanted to become a chef. “He had that raw talent,” says Harward. “And I told him he would do better going to culinary school and getting that piece of paper if he wanted to get his foot in the door. I think he’s extremely talented. He puts his whole heart and soul into it. He has a love for it.”

Holmquist headed back to school, a humbling experience for someone who already had a cache of cooking competition victories to put on a resume. He also had gaping holes in his academic history. “What filled the gap for me was Salt Lake Community College,” Holmquist says. “It got me back in the flow after being out of school for five years.” He took basic math and English and honed his skills and talent in SLCC’s culinary program. “SLCC put me on the path and gave me the skills to go away to The Culinary Institute of America in Hyde Park (New York). And CIA is really the Harvard of culinary schools, the finest in the world in my mind.” 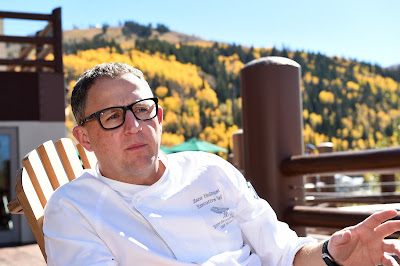 Zane Holmquist talks about his career as a chef.

From the finest learning environments to one of the finest ski boutique hotels in the country, Holmquist eventually landed at the Goldener Hirsch Inn in the Deer Valley Resort area. He cooked at the inn for six years before bringing his grandmother’s Swedish meatball recipe to Stein Eriksen’s Lodge, where he has been for the past 15 years. Using the Scandinavian flavors and influences he grew up with, Holmquist crafted a menu for Stein’s that creates lifetime memories for the customers who eat there. “It was about creating a sense of who Stein’s is and creating an overall theme to the food, which is rustic refined American,” says Holmquist. “It’s very eclectic.” And the menu undergoes two full changes each year, with beloved mainstays like his signature wild game chili.

Over the years the demands on Holmquist’s family and personal life have meant a steady diet of 80-hour workweeks, never being home for the holidays and missing many of his 21-year-old son’s events in and out of school. “I love what I do,” he says. “We all look back and say, ‘What if I could have done things differently.’” However, to become an executive chef, Holmquist notes that the hours mimic that of an emergency first responder, someone in the military or a doctor. “A lot of chefs don’t want to work like that,” he adds, singling out the next generation of chefs now in their 20s. “I think it’s good and bad for the industry,” he says. “It will be a rough transition. It’s an evolution, but I think it will overall be better for the industry.” If someone is willing to work hard for him, then their chances are “infinite,” Holmquist adds. And he has a “soft spot” for underdogs, the types who might be a little rough around the edges—like Holmquist was—and seem like more of a risk to take on as an employee. “To me, it’s everything for me,” he says about giving people chances. “To me, it’s about the second chances.” Holmquist’s definition of success in life, personally and professionally, is hearing about the chef he mentored who was able to finally buy that first home or that chef he might meet someday on a beach when he’s retired who just wants to say, “Thank you,” for the time they had at Stein’s.

He quips about still not being able to spell the word February, but he has cooked for kings, presidents and celebrities, newlyweds, the very rich and those of more modest means who save up for an experience in Stein’s dining room, where Holmquist—that punk attitude and tattoos tucked away—is often found roaming around, talking to customers about their meal or their stay at the lodge. “I love hearing from guests,” he says. “It means everything. I read every comment card. And I get back to people. I take those things very seriously.” For Holmquist, a good or bad day on the job is determined less by spreadsheets than by making sure customers leave happy. He lives to hear things like, “’You made my anniversary. You made my wedding,’” and so on, he says. “To me, that’s what this job is about.”

Holmquist has loved being “on the mountain” for the past 21 years working in the Deer Valley area, riding his mountain bike when the roots and rocks are showing and slipping in a few runs on his skis when the powder piles up. And lately he’s been into competing in half ironman events. He spends some of his spare time with his “wiener” dogs and his wife, who works in the hospitality industry, at home maybe over a simple meal from a “one pan” recipe, or they’ll pedal to some local restaurant where the conversation drifts in and out of work and business. Yes, work, the type of which is really who Holmquist is as a person in and out of the kitchen, inevitably comes first, whether it’s cooking, talking to customers, working with the 200 people he manages or sitting at his desk with an $8 calculator to figure out a $15 million budget. “Being a chef is a cool thing,” he says about the path that led him to the top of his profession. “I love it, being at Stein’s. I truly have the best job in the world, and I wouldn’t trade it for anything. I’m pretty lucky. I have a great kid and a great wife. I am the American dream.”