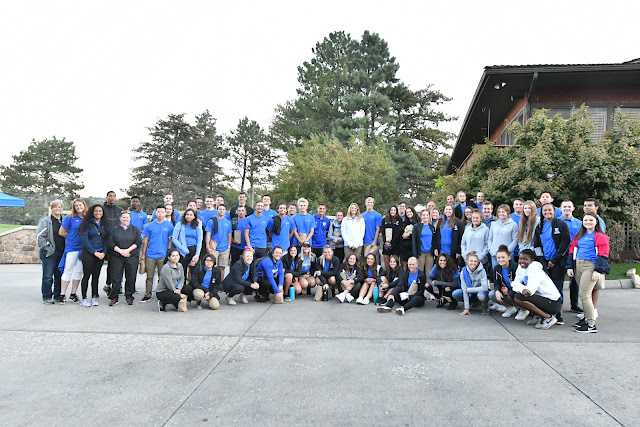 A record $320,000 was raised for SLCC student scholarships at the sixth annual Gail Miller Utah Leadership Cup on Monday, September 10. The event, which took place at the Hidden Valley Country club in Sandy, was presented by the SLCC Foundation Board.

More than 200 golfers representing 53 teams participated in the event, making it the most popular Leadership Cup to date. Nearly 100 volunteers and 50 SLCC students also answered the call to staff the tournament and ensure its success. In addition, SLCC Culinary Arts students showed their support and helped get the day off to a great start by treating the golfers to handmade omelets. 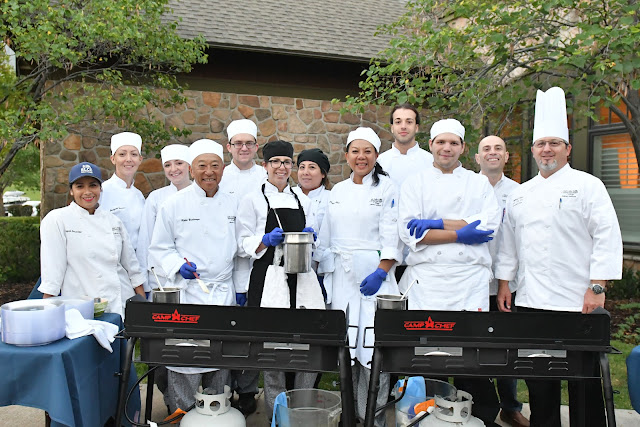 Golfers also enjoyed the company of local celebrities during the event including Utah Jazz commentator Ron Boone, 2017 U.S. Women’s Mid-Amateur Championship winner Kelsey Chugg and long-ball legend Mark Frampton, who can drive a golf ball 415 yards. The Utah Jazz Bear also made an appearance as well as Jazz owner Gail Miller, trustee emeritus for the SLCC Board of Trustees. 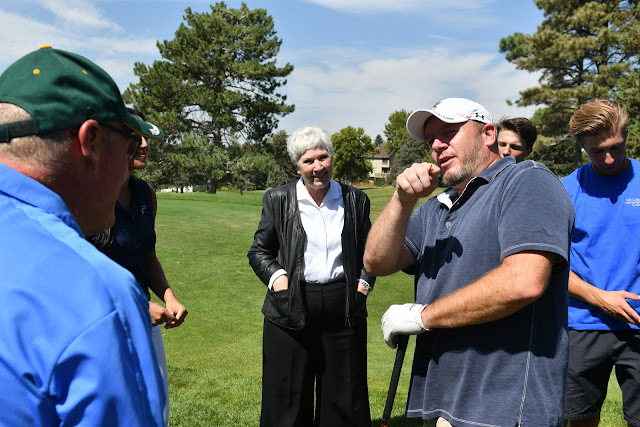 Besides serving as an avenue to fund SLCC scholarships, the Leadership Cup also proved to be personally successful for freshman Jaycee Galvin. While volunteering at the event, Jaycee shared his story with golfer Whitney Rigler, who was part of the Grand America Hotel team. Galvin shared he was unable to find a part-time job that worked with his school schedule. Rigler, impressed with Galvin’s commitment to his education, offered him a job on the spot. “I’m not willing to sacrifice homework time or miss any classes,” Galvin said. “To have someone say they’re willing to work with me was good to hear.”

The non-profit SLCC Foundation generates and receives charitable contributions to provide grants and scholarships for SLCC students. The Gail Miller Utah Leadership Cup is the Foundation’s largest event, and all net proceeds from the tournament directly support SLCC scholarships. 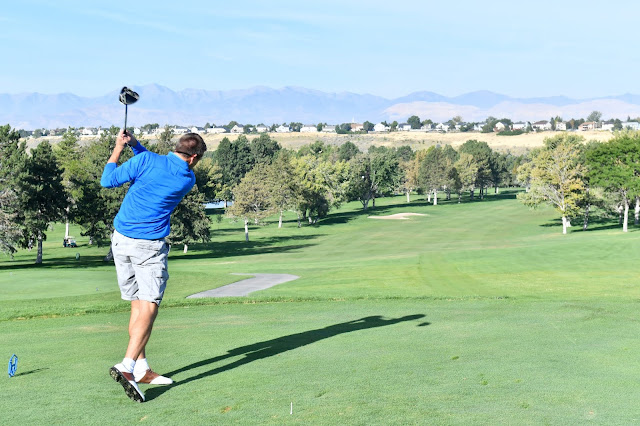 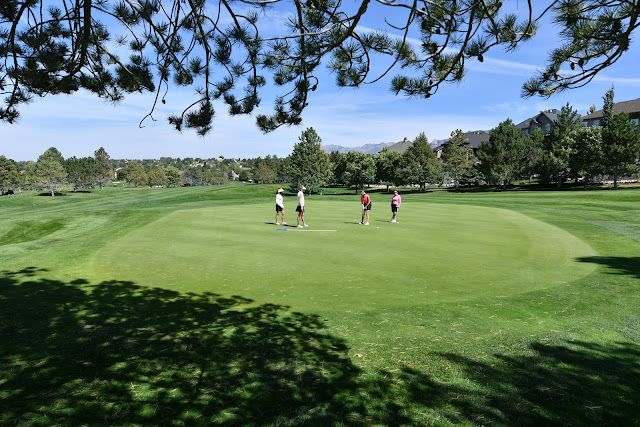 September 29, 2021
Q.  Why is SLCC implementing a vaccine requirement?    A.  State leaders recently granted Utah System of Higher Education institutions more flexibility in decisions regarding COVID-19 vaccination requirements for Spring semester 2022. The surge in cases due to the Delta variant has put a huge strain on Utah’s health care system, and the college can play an important role in mitigating the spread of COVID-19 by requiring students to get vaccinated.    Q.  Why are SLCC employees not subject to the vaccination requirement?    A.  The college is currently waiting for a legal review and authority to consider a vaccination requirement for SLCC employees. Updates will be provided as the college receives information on this matter.      Q.  Why is SLCC implementing a vaccine requirement rather than a mask mandate?    A.   Utah law only allows state and local health departments, with approval from the relevant county legislative bodies, to issue mask mandates. With that said, SLCC encourages ev
Read more

March 19, 2021
The sun was out, and spirits were high as Salt Lake Community College (SLCC) celebrated the new Tim and Brenda Huval Student Center at the Jordan Campus in West Jordan.   A group of students, faculty, staff, alumni and community partners cheered as members of the Huval family and SLCC student leaders joined SLCC President Deneece G. Huftalin and 2020-21 SLCC Student Association President Emily Hernandez Alzamora in cutting the ceremonial ribbon of blue and yellow stethoscopes, officially opening the doors to the new Huval Student Center. “This is what happens when you listen to students,” Huftalin said. “Today I’m thrilled that their vision is fulfilled.” More than a decade ago, SLCC student leaders identified a need for a place at the Jordan Campus where students could gather, study and collaborate. That need became a student-funded project resulting in the new 41,000-square-foot center that provides student support services and promotes a sense of community among students, especially
Read more