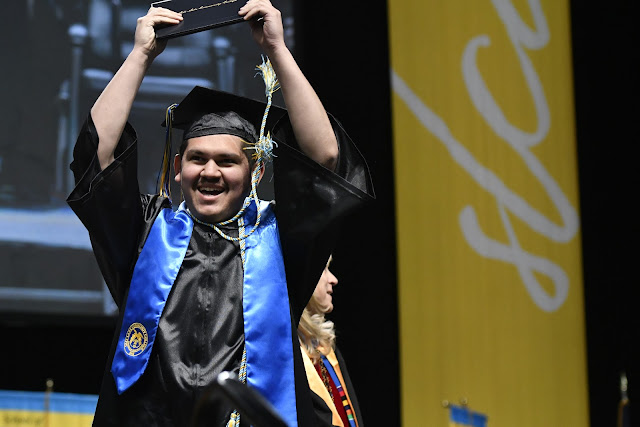 Salt Lake Community College celebrated nearly 3,300 graduates, ranging in age from 17 to 70, Friday morning during its commencement ceremony at the Maverik Center in West Valley City. This year’s graduates hail from 58 countries and 29 states and include 128 military veterans and 1,436 students who are the first in their families to receive college degrees.

“Today, we celebrate the triumph of our completion, and we celebrate the opportunities for our future,” said Alvaro Martinez, outgoing SLCC student association president during his opening remarks. “We celebrate all the work done and the sacrifices made so today, our students can move on. Parents, family and friends, I want to thank you for the support you give your students, that's why they are here.” 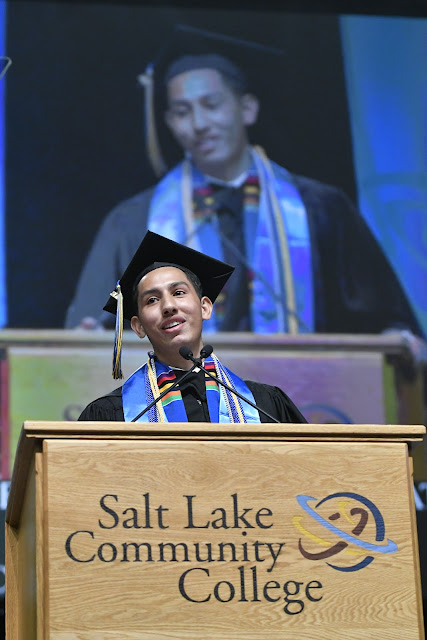 Noted author and leading global expert in disruptive innovation, Luke Williams, encouraged students to alter their status quo during his keynote address. "When you start believing that your fundamental purpose is to alter your status quo, rather than preserve it, your motivation and mindset will start to change," said Williams. “You’ll begin to see opportunities beyond what others have defined as limits. You’ll begin to rethink who you are and what you might become. It’s up to you to make those transformative moments possible.” 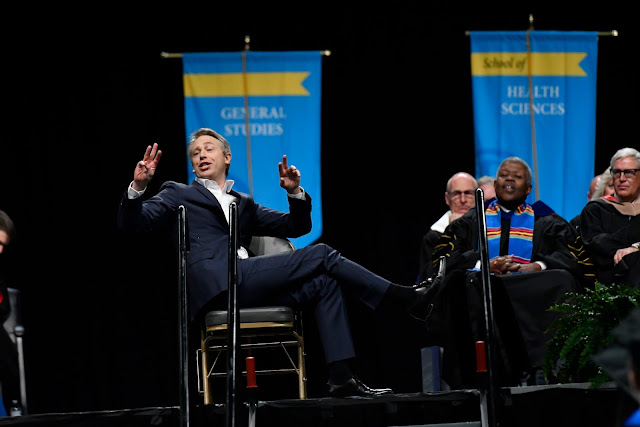 SLCC President Dr. Deneece G. Huftalin also addressed the graduates. “If we have done our job, then you have changed,” she said. “You have more content knowledge, more skills, a deeper sense of passion, and you can critically think about opposing views and discover and defend your view while respecting others for theirs.” 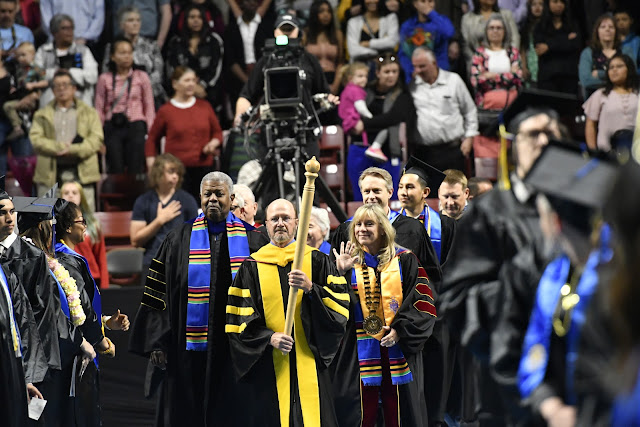 In addition to recognizing its 2019 graduating class, SLCC awarded Patricia R. Richards and Jay K. Francis honorary doctorate degrees. Richards is the CEO of SelectHealth and a former member of the college’s Board of Trustees. Francis works at the Larry H. Miller Group of Companies as the executive vice president of corporate affairs and Miller Family Philanthropy. Over the years, his guidance in staging the Gail Miller Utah Leadership Cup has helped grow the golf tournament into SLCC’s primary fundraising event for student scholarships.

SLCC also named Rep. Derrin Owens as the recipient of its 2019 Legislative Champion Award. The award honors Utah legislators who demonstrate a commitment to advancing higher education. During the most recent legislative session, Owens successfully established the new Access Utah Promise Scholarship Program, which is designed to provide millions in need-based aid to Utah students at any public higher education institution or technical college. Three people were honored with the school’s Distinguished Alumni Award. The award recognizes former SLCC students who have made significant contributions to their communities and professions. Mark Ellis, Senior Construction Manager for Kroger Company who is also a lieutenant colonel in the U.S. Air Force Reserves, and Natalie Kaddas, CEO of manufacturing firm Kaddas Enterprises, were both recognized during Friday’s event. Also receiving the award was Officer David Romrell, an SLCC criminal justice student and South Salt Lake Police Officer who was killed in the line of duty on November 24, 2018.

Several faculty members were also acknowledged during the event. Pook Carson, J. Chad Erekson and Linda Jemmett received this year’s Teaching Excellence Awards, which recognizes excellence in professional education at SLCC. The school also named Jane Drexler as its Distinguished Faculty Lecturer, an accolade recognizing quality work by one of SLCC’s full-time faculty and a charge to develop that work into a public presentation over the course of an academic year. 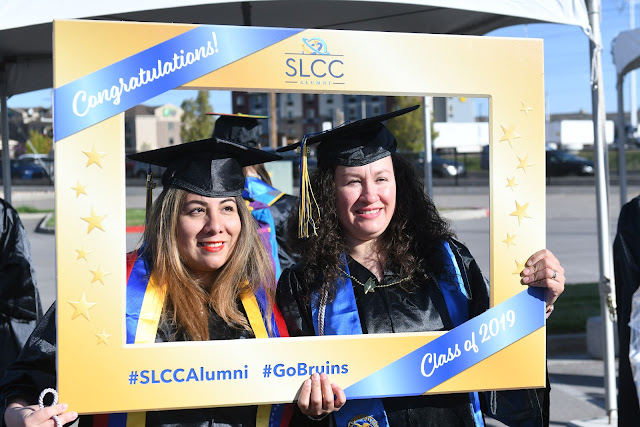 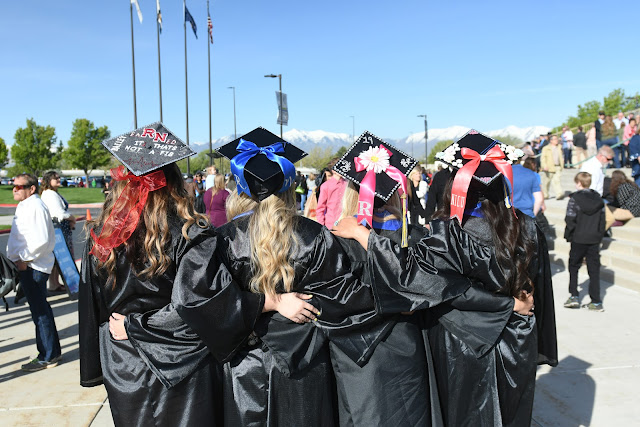 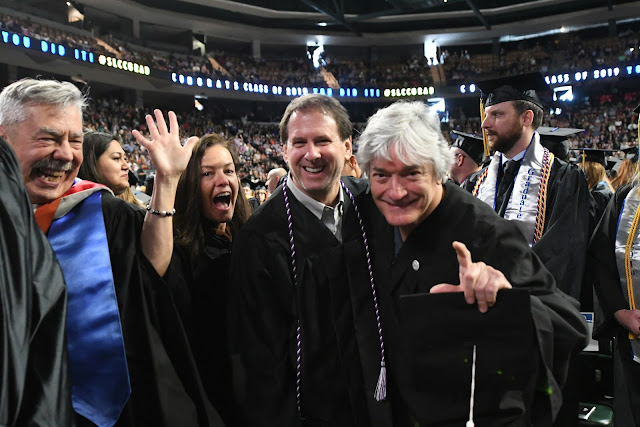 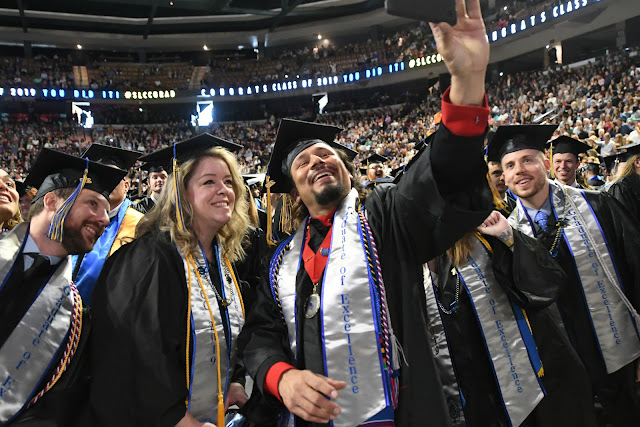 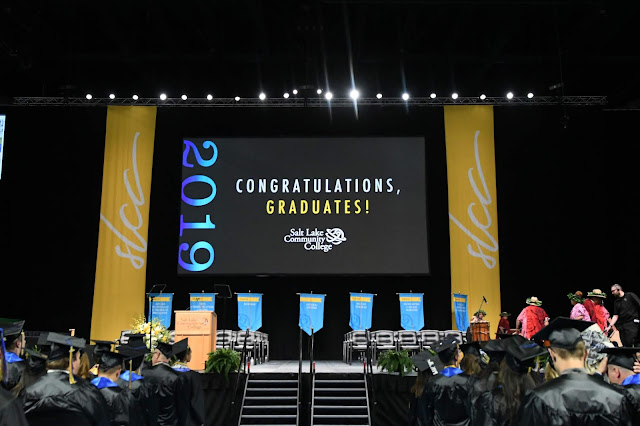 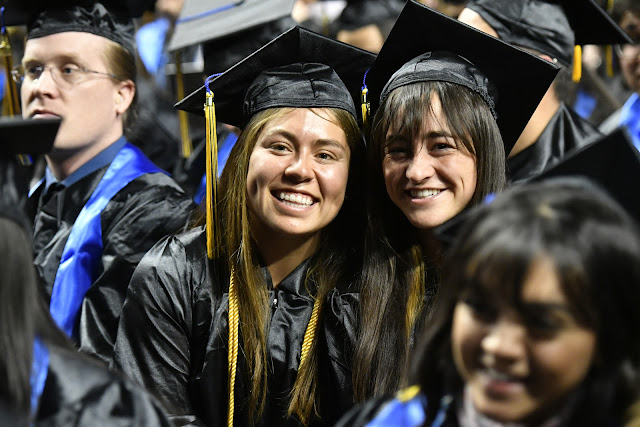 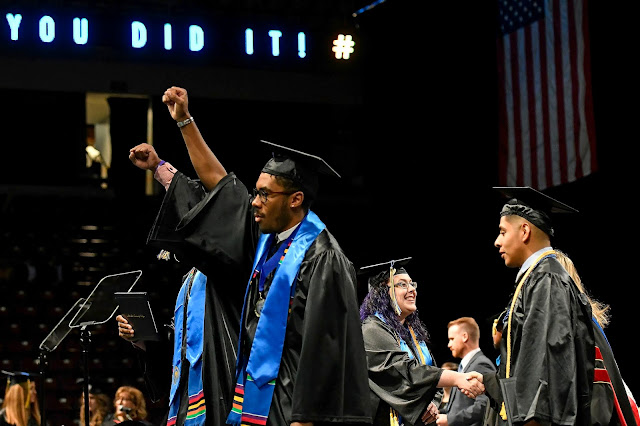 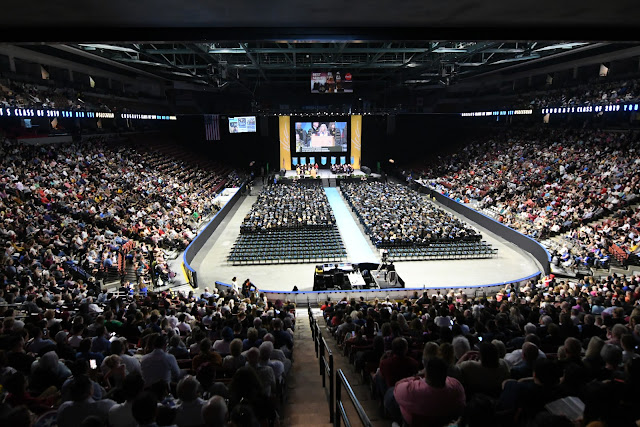 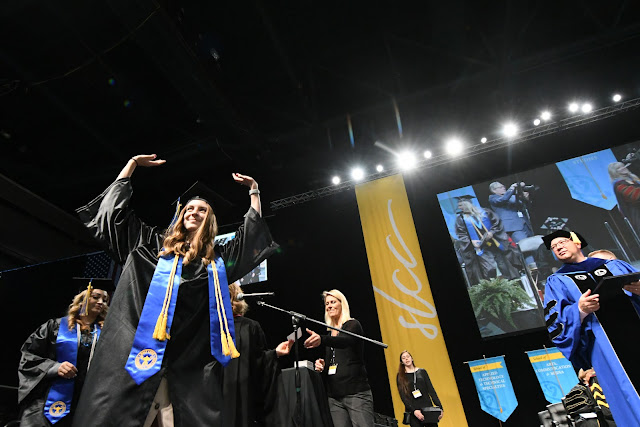