The award given every four years recognizes people who have made significant impacts in the field of writing centers locally, nationally and internationally. Since the award’s founding in 1984, Gardner is the first recipient from a two-year college. SLCC associate professor of English Tiffany Rousculp coordinated Gardner’s nomination. 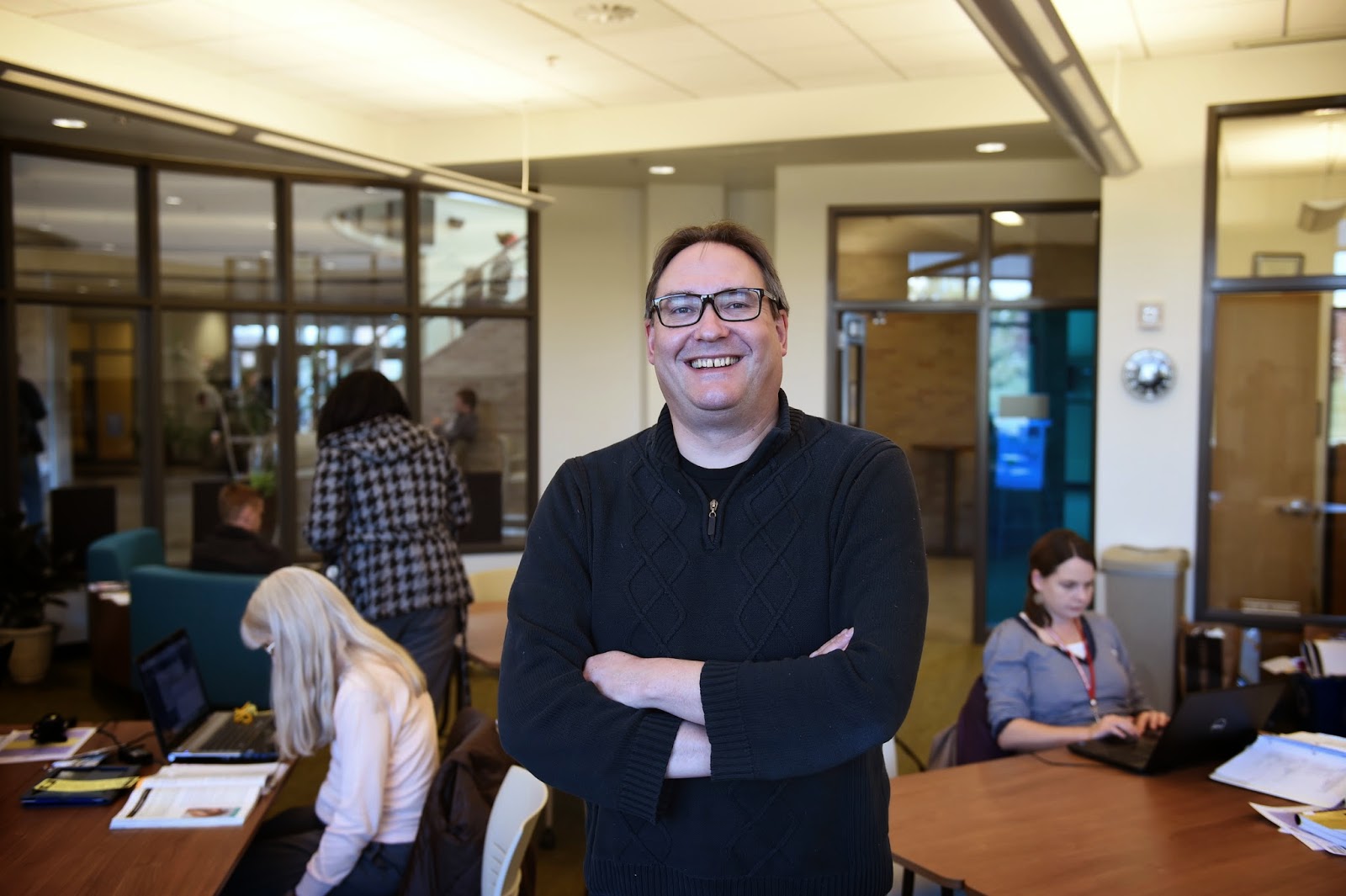 “What sets Clint apart from other colleagues is his enduring commitment to improving writing, both at SLCC’s Student Writing Center and its Community Writing Center,” Rousculp said for an IWCA press release. “His genuine ability to pursue the collective cause never ceases to amaze me.”

Gardner and other SLCC faculty started the college’s Writing Center in 1990 shortly after he began teaching there. Since that time an estimated 50,000 students have visited the Writing Center.

“There really wasn’t a lab where you could talk one on one with students,” Gardner said. “We wanted to create something where students could come to improve as a writer and succeed as a student. This is a retention thing for SLCC and a learning opportunity for students.” 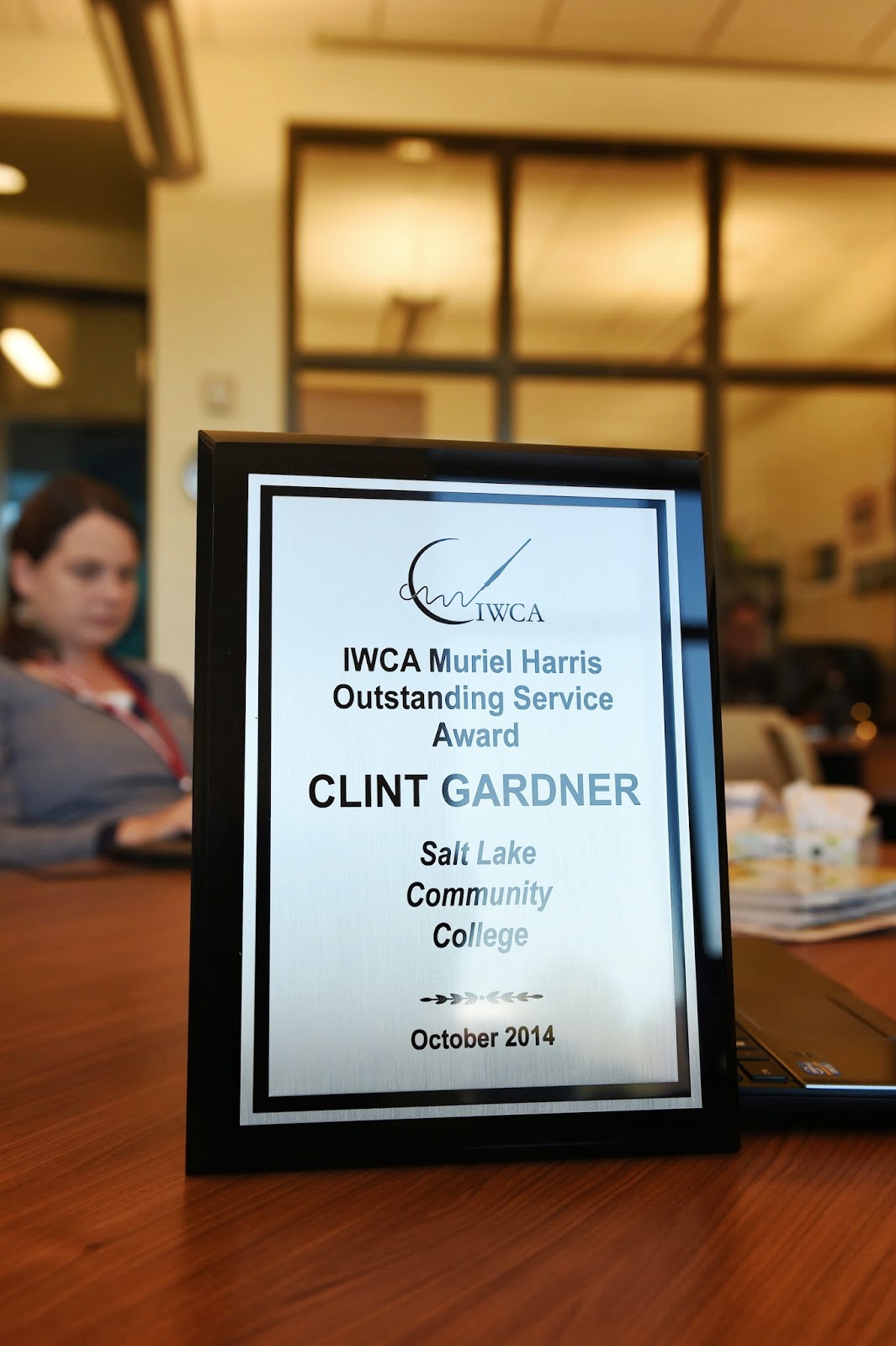 Today most of the students seeking help are non-native speakers, often refugees and immigrants, aided by 15 trained, paid peer tutors. SLCC Institutional Research recently compiled statistical data to document its claim, “Writing Center students are much more likely to pass ENG 1010 and much less likely to withdraw or receive an incomplete.”

The center, once tucked away on the second floor of an older building, is now located in a highly visible area on the first floor in the new Academic and Administration Building on the Taylorsville Redwood Campus, a location Gardner said has increased its usage by at least 20 percent. His goal is to grow and provide increased access to tutors on SLCC’s other campuses, mainly Miller, Jordan and South City.

“I really want to expand what we’re doing,” he said. “What we do is so important to these students.”

Gardner’s wall full of awards in his office includes the 2012 Ron Maxwell Award given out by the National Conference on Peer Tutoring in Writing (NCPTW). After winning the IWCA award Gardner earlier this month headed to Dubai where he was the keynote speaker at the Middle East-North Africa Writing Centers Alliance. Gardner has also served as president of IWCA and the Rocky Mountain Writing Centers Association and he will co-host the NCPTW event in Salt Lake City in 2015.