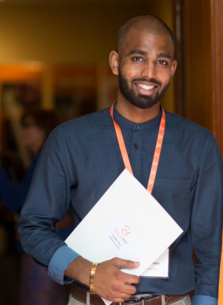 SLCC student Shalom Khokhar continues his internship in Washington, D.C., for the nonprofit Bread for the World. The 23-year-old Salt Lake City resident is working hard and learning a lot. Read his update below and check out links to blogs that he wrote for the organization.

I work closely with Chris Ford, the manager of media relations, and Jennifer Gonzalez, the associate online editor for Bread for the World.

Last week, I compiled a list of news articles and blogs concerning Pope Francis’ encyclical about climate change. I also created a contact list of journalists best suited to receive the press release about the encyclical.

Bread is a Christian organization whose main mission is to end hunger by 2030, so we are constantly working with Capitol Hill to help resolve and pass laws. I sit in communications board meetings and legislation update meetings every Monday. It's an entirely different world with new vocabulary and rules. I'm learning a lot.

This week I'm working on updating Bread's current list of about 300 editors, writers, and journalists across the country who receive our press releases.

I also work on blogs throughout the week and I had a couple posted to the Bread website! Here are the links: 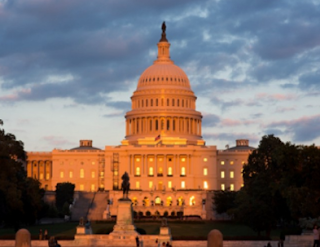 Lastly, I'm working on a cool story this week that happened recently. There is an organization called Presidents United to Solve Hunger (PUSH). It consists of presidents from 80 universities across six continents who have joined together in an effort to end hunger. On June 17, they had their first operational meeting at the National Press Club here in D.C. The keynote speaker was Honduran President Juan Orlando Hernandez!

I got in contact with the media relations department at Auburn University, since they are kind of headlining this movement. I was seriously thinking that SLCC could sign with the PUSH movement and join with other universities. It's an awesome cause and could lead to some open doors and opportunities for SLCC administration and students. I can send more information about it if that sounds like a plausible idea!