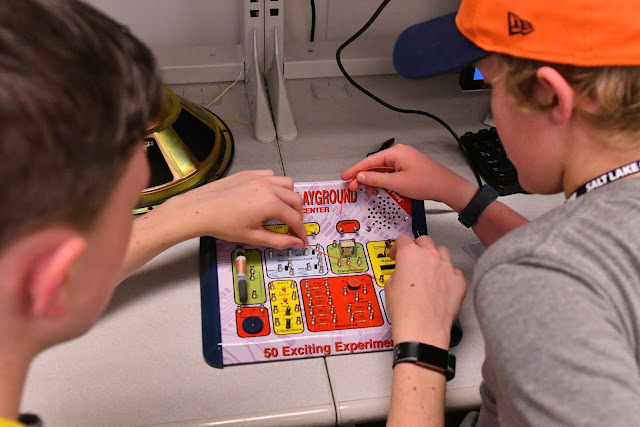 The task was to connect enough wires on a colorful board to make a small lightbulb work. To succeed, a roomful of fidgety boys inside on a warm, sunny summer day first had to sit quietly and learn about circuits.

The middle school-aged children were part of the annual Salt Lake Community College Slick Science Camp, held three times in one-week increments for a different group of boys and girls each week.

Barbara Antonetti, a fourth-grade teacher the rest of the year, helped out with kid wrangling, breaks, questions and snacks during the camps. “The challenge is to manage the kids – that’s why I’m here,” she said. For the lightbulb project, SLCC electrical engineering lab coordinator James Quebbeman patiently imparted the information students needed to pull it off.

But it was college students Elliot Befus, Randall Petersen and Taylor Eley who ran this year’s camps, which in past years was a faculty function. “The model of having the faculty so heavily involved was not a workable, long-term solution,” said Quentin McRae, SLCC assistant professor of engineering. The University of Utah draws from a pool of graduate students as “counselors” for their summer camps, but it was uncertain if a two-year school could replicate that success.

Several current and former SLCC students were offered an opportunity to take a new invitation-only engineering course designed specifically to prepare college students to steer the summer camp curriculum. McRae organized the training and coursework for the three-credit ENGR 2900 class, focusing on areas like what it takes to refine the GPS system camp goers used to control an automated miniature car or how to operate the 3D printer they used to build components for the vehicle. Six students took the invitation and three were available to lead the camps.

“It demonstrates to potential employers and on graduate school applications that the student is able to take risks, be adaptable and take on significant new challenges,” said Craig Caldwell, dean of the SLCC School of Science, Mathematics and Engineering. “These are all valuable outcomes that can’t be learned by simply taking a class.” 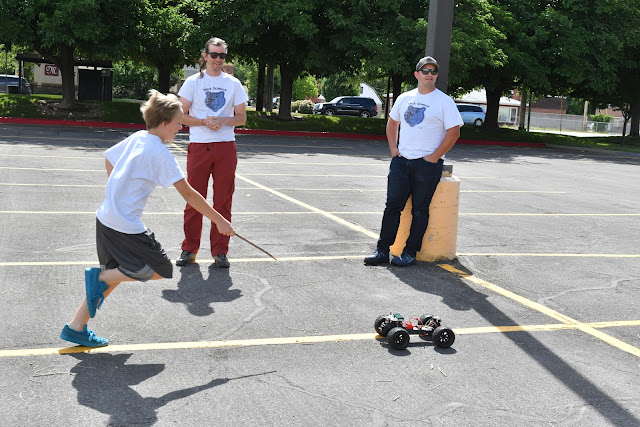 Befus, 27, is a former SLCC student now attending the University of Utah to pursue a degree in mechanical engineering. Petersen, 36, expects to graduate in the fall from SLCC with associate’s degrees in pre-engineering and general education. Eley, 29, is finishing his master’s in mechanical engineering at the U of U. The three were paid for the time helping facilitate camp lessons and teaching about a dozen children in each camp in subjects like writing and updating code, redesigning a circuit board, manufacturing techniques and electricity.

“They are learning different elements each day,” Befus said. “Each day they learn different skill sets necessary for building the car.”

None of the students had run a camp before. All three loved the experience.

“You just kind of have to go with their personalities,” Petersen said. “They all learn at a different rate and in a different way. You need to quickly get to how they learn.”

As the roomful of boys – in the second camp this year there were no girls – soldiered through the circuit board exercise, Befus and Petersen decided they were too much of a distraction while trying to help. They opted to step aside as Quebbeman taught and Antonetti came up with a key to identifying circuits that was used to improve that lesson for the third week.

“Woo, we did it!” a student yelled out as the lightbulb on his board glowed.

“Congratulations, you made your first circuit,” Quebbeman calmly chimed in.

The next lesson that day – complete with snacks and a respite outside – would involve learning about how to measure electricity through energy being captured by solar panels. 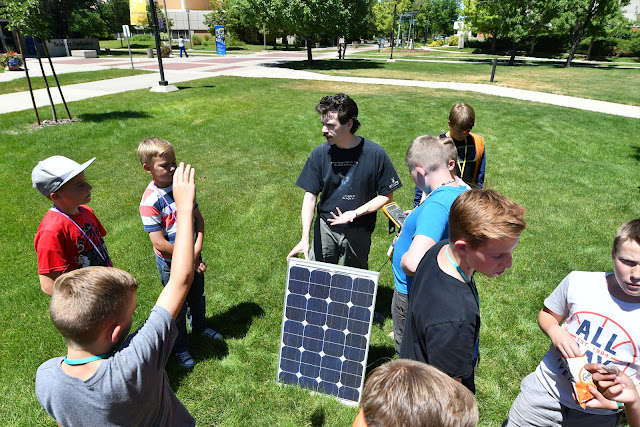 “They can definitely be a handful, but they’re fun, funny and surprisingly really smart,” Befus said. “They’re capable of understanding complex concepts. I think there’s a lot of potential here to grow the camp and include more sessions.”

The success of this year’s camps may mean expanded offerings in years to come, maybe with spinoff camps that focus on Slick Science components like 3D printing, computer design and robotics.

On the final day of each week of camp, the students get to demonstrate everything they learned using the automated cars they pre-programmed with GPS coordinates. Families watch as the students place the cars on the pavement of a parking lot on the Taylorsville Redwood Campus. If they’re successful, the cars run a course by themselves and return to their beaming owners.

“The car is what ties all of the concepts together that we cover during the week,” said Eley. He learned a little about himself during two weeks of running the first and third camps. “It’s really surprising to see at what age level they can start to see how programming works and how these concepts work. If I had been exposed to something like this in middle school, it would have changed my trajectory for my first degree, which was in exercise science. Now I’m doing what I should have done in the very beginning. It’s just rewarding to see things that they enjoy connected to things that can help them with their future.” 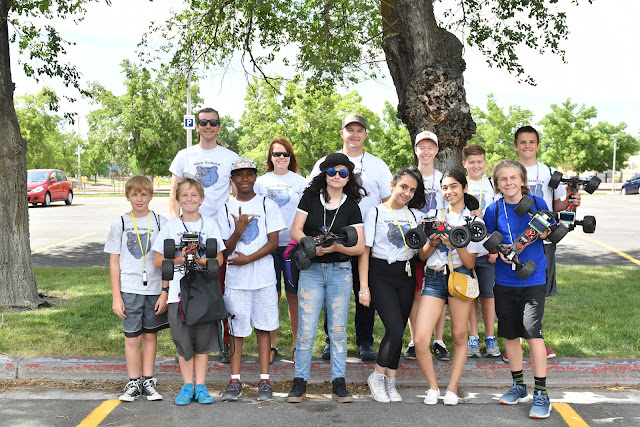 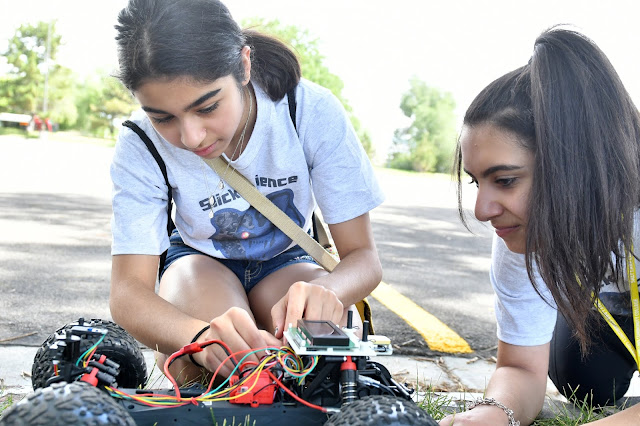