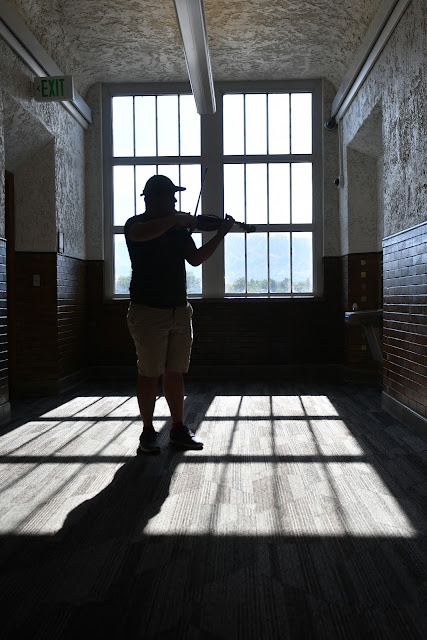 Once upon a time in Honduras, an 8-year-old boy watched director James Cameron’s movie Titanic and was profoundly moved by how a violinist began to play “Nearer, My God, To Thee” as the unsinkable ship sank. Twenty years later, in a deserted side hallway on the third floor of Salt Lake Community College’s South City Campus, that boy, Daniel Marquina, much older now, plays that same song, note for beautiful note.

The youngest of five siblings, Marquina’s parents were too poor to afford a violin when the yearning to learn was still raw. A few years later, he had the opportunity to attend a music school in Honduras. When the teachers presented instruments students could learn, one of them demonstrated the violin. His father urged him to take up the piano. Marquina did not waver from his first choice, still wonderfully haunted by Titanic’s depiction of how band leader Wallace Hartley played the violin as freezing ocean waters drew the ship into its darkest depths. 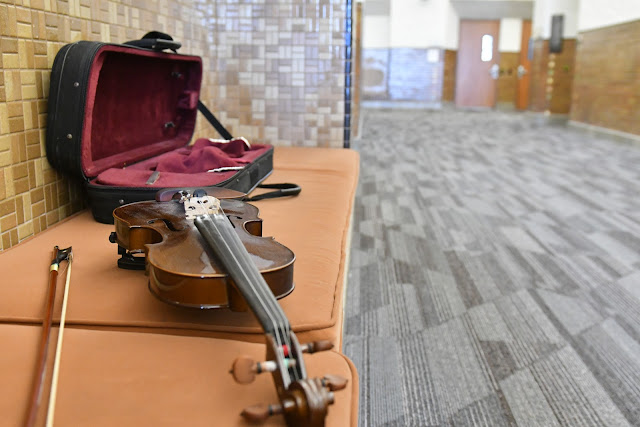 Honduras is far from an idyllic place to grow up. In the Human Rights Watch 2018 World Report, Honduras is described as having one of the highest murder rates in the world. Particularly vulnerable are journalists, environmental activists, and lesbian, gay, bisexual and transgender individuals. In that setting, year after year, Marquina practiced three hours a day. Some practice more, he says, but they get tired and begin to miss notes. “I try to study less and study good,” he says. “I focus on the main things I need to get better.”

Years of purposeful practice landed Marquina first chair position as violinist with Orquesta Filarmonica de Honduras. By 2008 he had saved up enough money – about 6,000 Honduran lempiras – to buy his own violin, which he calls José and still plays today. But he wanted something more for himself. A friend told him about an opportunity in Ohio, to play with an orchestra there. Marquina applied to the MasterWorks Festival at Cedarville University in Cedarville, Ohio. He was accepted, and in 2016 he left Honduras – and he hasn’t been back. 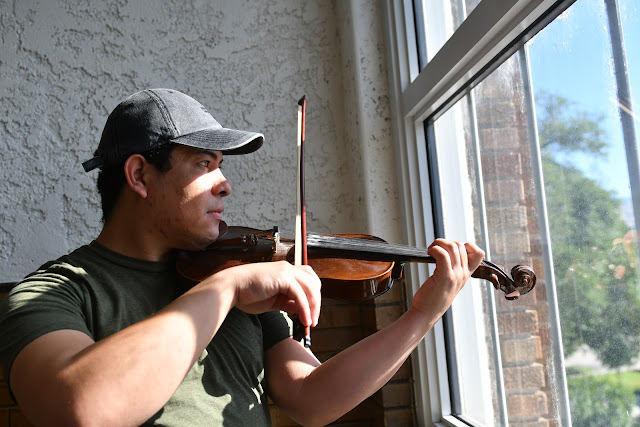 Marquina knew barely enough English to get by in Ohio. He studied under a female teacher during the one-month festival. She sometimes went too fast. “You know, music is a universal language,” he says. “She knew that language as well.” It was an experience he now cherishes, and it led to his next move – Utah.

With his entire family still back in Honduras, Marquina followed his passion and moved to Salt Lake City that same year. “Violin and classical music are a part of me,” he says. “When I hear another kind of music, pop or rock, I don’t have the same feeling as if I listen to Mozart or Bach. So, I think playing the violin makes me feel calm and happy.” He played for the Utah Philharmonia at the University of Utah until the travel expenses became too much. He played for the West Valley Symphony as second chair violinist until something else interfered. 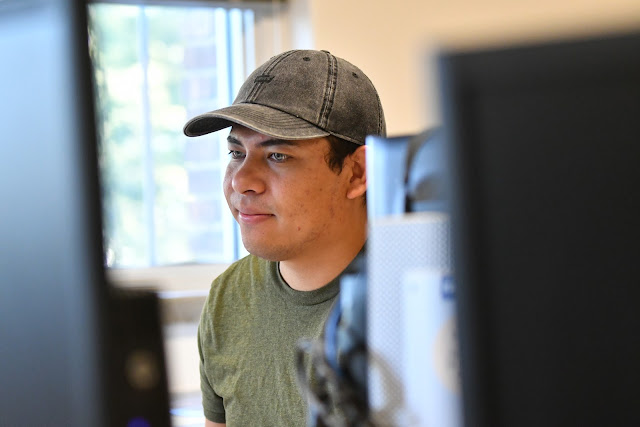 Daniel Marquina takes time to sharpen his math skills during a summer course at SLCC.

Sharing a home just one block from SLCC’s South City Campus, Marquina walked by the school one day when he saw a sign that said something about courses being offered in the arts and technology. “I love technology, and I love music too,” he says. “I’m a very techy person. I thought, how can I fuse both. I felt like maybe I should study something related to technology. I saw the sign and I said, ‘This is perfect for me.’”

Marquina talked to an advisor, who helped set him on the right path. But the scales of music and academics was soon out of balance. Invited by the West Valley Symphony this past July to play the music of Star Wars, one of his favorite movies, it pained him to turn down the offer. “I was playing too much,” he says. “I really like to play.”

Marquina, with his entire support system 2,000 miles away, earns some money teaching violin when he has time, but his main focus has been school. If all goes well this fall, Marquina hopes to have a certificate in website design through SLCC’s School of Applied Technology and someday to have his own business doing what he studied. He still practices – a lot. The current piece he’s trying to master is Niccolo Paganini’s Caprice No. 24, which he considers one of the most difficult pieces in the world to learn. 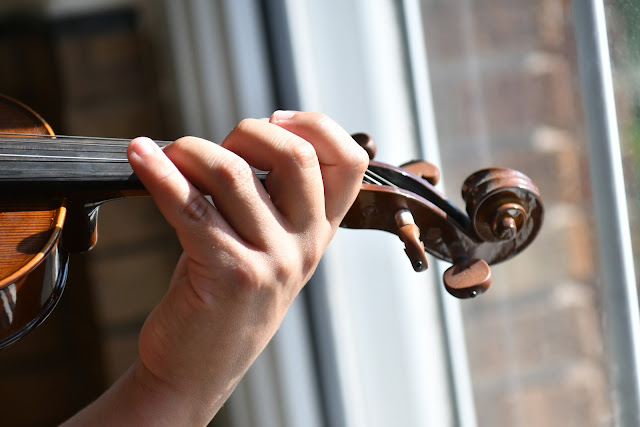 Marquina tries to play in a house full of people, but it’s too loud. When that happens, he goes for a walk – one block away. “Sometimes I come here around 6 or 7 at night up to the third floor,” he says, standing in a hall at South City Campus one summer morning. “It’s just the hallway. There’s no one here. So, I practice here sometimes.”

With morning light pouring through a tall bank of east-facing windows, Marquina begins to play. At first, it’s a medley of selections. But then that dream of an 8-year-old boy back in Honduras begins to vibrate from bow and string. It conjures up the famous line supposedly uttered by Wallace Hartley, “Gentlemen, it has been a privilege playing with you tonight.” And it is a privilege to hear the 28-year-old man fill an empty hall with beautiful music one summer morning.