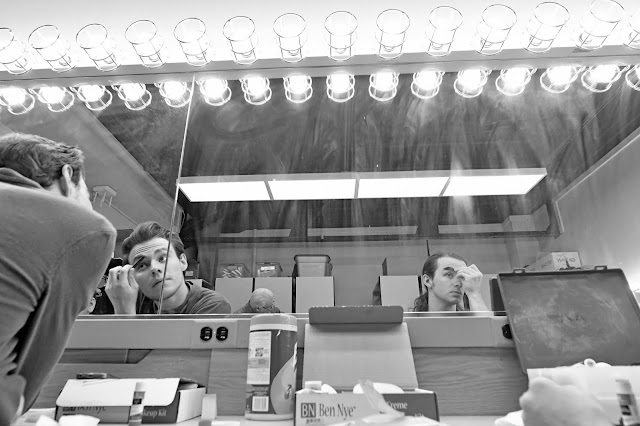 Reagan Sieger and Patrick Smith aren’t grumpy old men, but at least they look that way thanks to a little stage makeup.

Sieger is only 18, in his first semester at Salt Lake Community College, dreaming of someday becoming a stage actor in New York. Sieger and Smith, 24, with aspirations of acting in film, are taking Jon Clark’s stage makeup class.

Theatre 1223, as it’s known in the SLCC catalog, didn’t draw a single taker when it was first offered in 2006. But timing is often everything. In 2011 special-effects makeup artists began competing with each other on a show called Face Off on the Syfy network. SLCC offered the class again in 2012. “We were just overwhelmed,” said Clark. “Most people who signed up were interested because of the show. There were only a few theatre majors.” 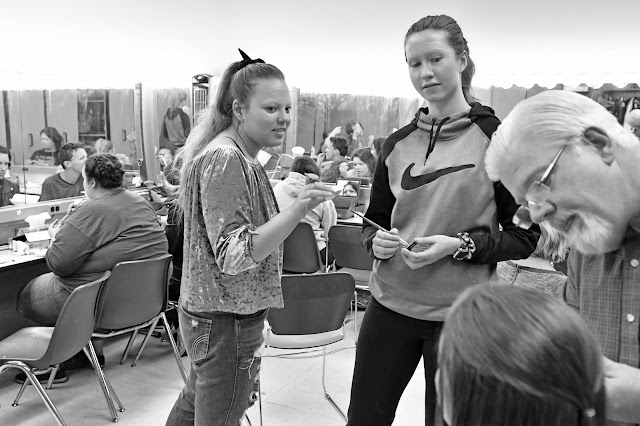 It was a cool class then – and it still is. But nowadays most of the students are theatre majors, required to take Clark’s class, which is fully transferrable to bachelor degree programs in theatre throughout Utah. He teaches students how to appear three dimensional under stage lights. On a September morning in the Green Room near the Black Box Theatre on SLCC’s South City Campus, they’re learning how to make themselves look old.

“I’m hating this with all my might,” laughs Jaycee Chenoweth, 18, as she applies a thick purple goop to her otherwise spectacular eyebrows. “I hate anything on my eyebrows.” But the Alta High School grad loves film acting, has been in a few commercials and knows the value of being able to do your own makeup – and it’s one less person to hire, she notes. “It’s a good skill to have,” she says.

Chenoweth chats her way through class while applying her “old lady” makeup in the mirror with new friend Payton Wright, 19, a graduate of Taylorsville High School who loves theatre and plans to make it her career path. “I think a life you don’t live doing what you really love and makes you happy is boring,” Wright says. “That’s my biggest fear – being bored.” 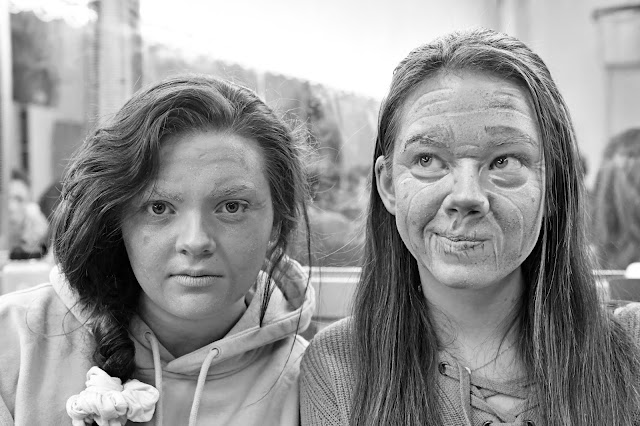 Clark’s class is anything but boring. By the second day of class, he had students applying fake wounds to their skin. They’ll transform themselves into “fantasy” characters of their own design later in the semester.

“I love this class,” says Sieger, who grew up with seven sisters. “I just like makeup. I have always had an interest in doing makeup.” His goal with theatre is to help audience members feel something they’ve never felt, maybe even change a life the way seeing theatre performances as child did for him.

Smith, Sieger’s buddy in the mirror, wants to portray characters on screen who tell important stories that help people understand the world and themselves a bit better. At the end of class, looking more like old men than young actors, the two ham it up in the mirror and adlib their way through some funny dialogue. “I really like the idea that I can just make myself into whatever,” Smith says. “It just takes a little bit of time.” 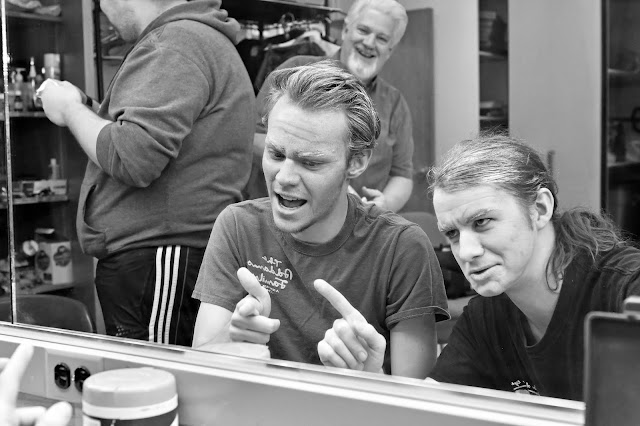 Reagan Sieger (left) and Patrick Smith get into character at the end of class. 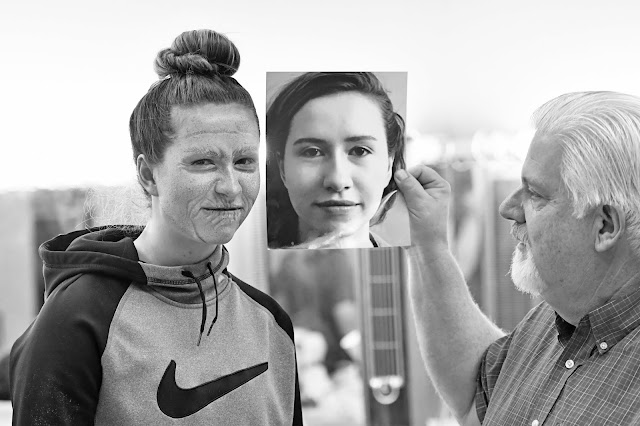