August 27, 2014
In the Salt Lake Community College staff directory Amir Sadeghi’s title is listed as “specialist,” which doesn’t quite capture what he does at South City Campus.

But even Sadeghi isn’t sure how to frame his job description.

For example, his cell phone rings on Wednesday afternoon in June. It’s someone who needs access to a walk-in cooler to store food for an event that night. At other events he might need to find someone to set up tables and chairs or, in lieu of available laborers, he’ll do it himself. 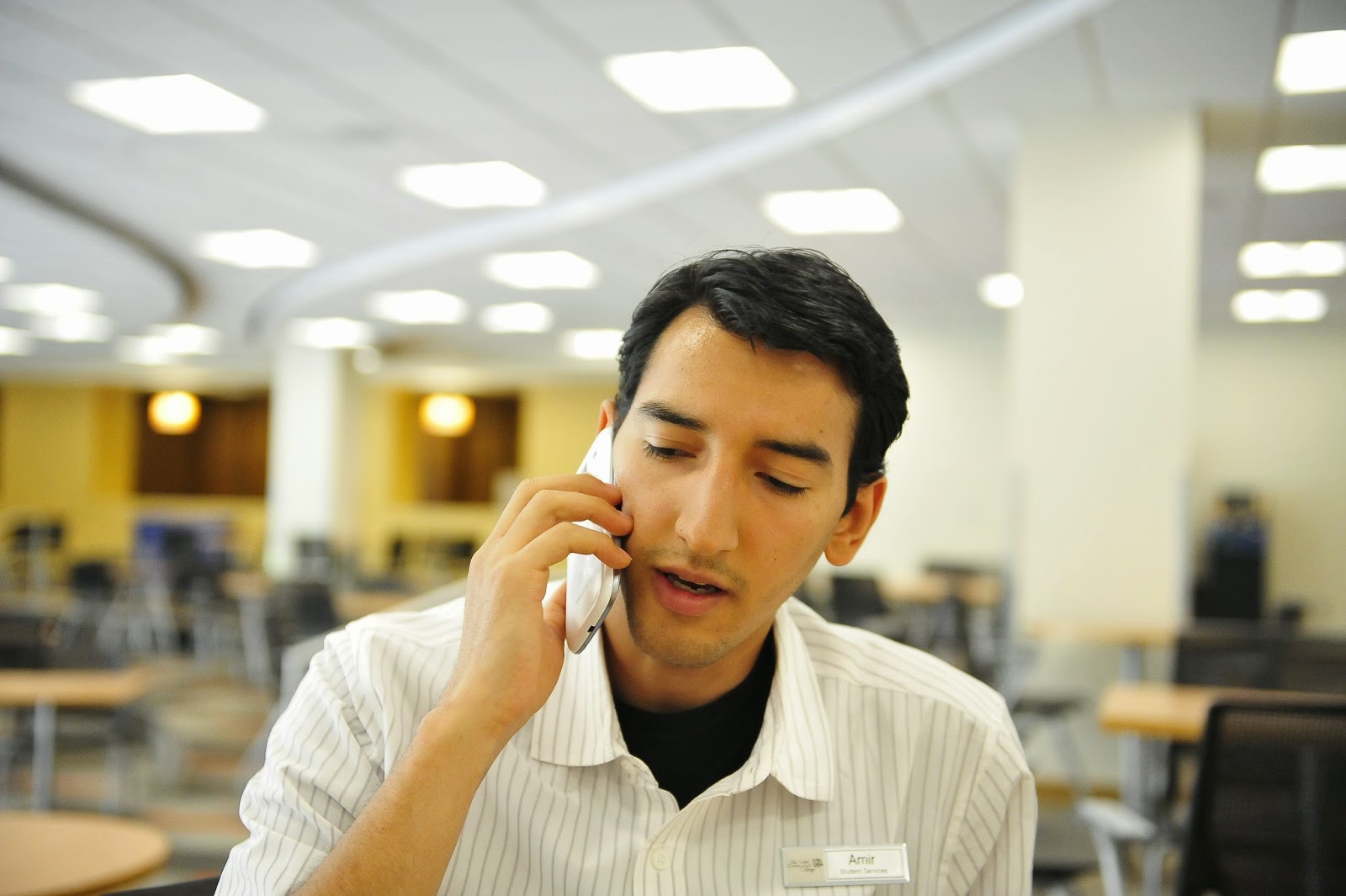 Sadeghi settles on “event management” as a catch-all for what he does, which includes being in on security issues and making sure event planners follow rules set in place by the College.

“I make sure all the events pretty much follow regulations and make sure they have what they need for a successful event,” he said. “A little keeping in line and making things happen.”

So, anyone who has planned or worked on an event at South City Campus over the past year has worked with Sadeghi, who has a knack for carving away the fat of any situation and getting to the meat of the matter. It’s an approach that might be a refreshing addition to, say, politics – that is, if he had the stomach for it.

“I do not like politics. I don’t trust politicians,” he said. “Anyone who speaks a lawyer’s language, I do not trust.”

Sadeghi doesn’t hold anything against lawyers doing their job, it’s the language they use that seems to permeate too many discussions between elected officials that runs counter to how he likes to communicate.

“I’m a very straight-forward person,” he said. “I like to get to the point and solve the problem. I don’t like to play games and beat around the bush.” 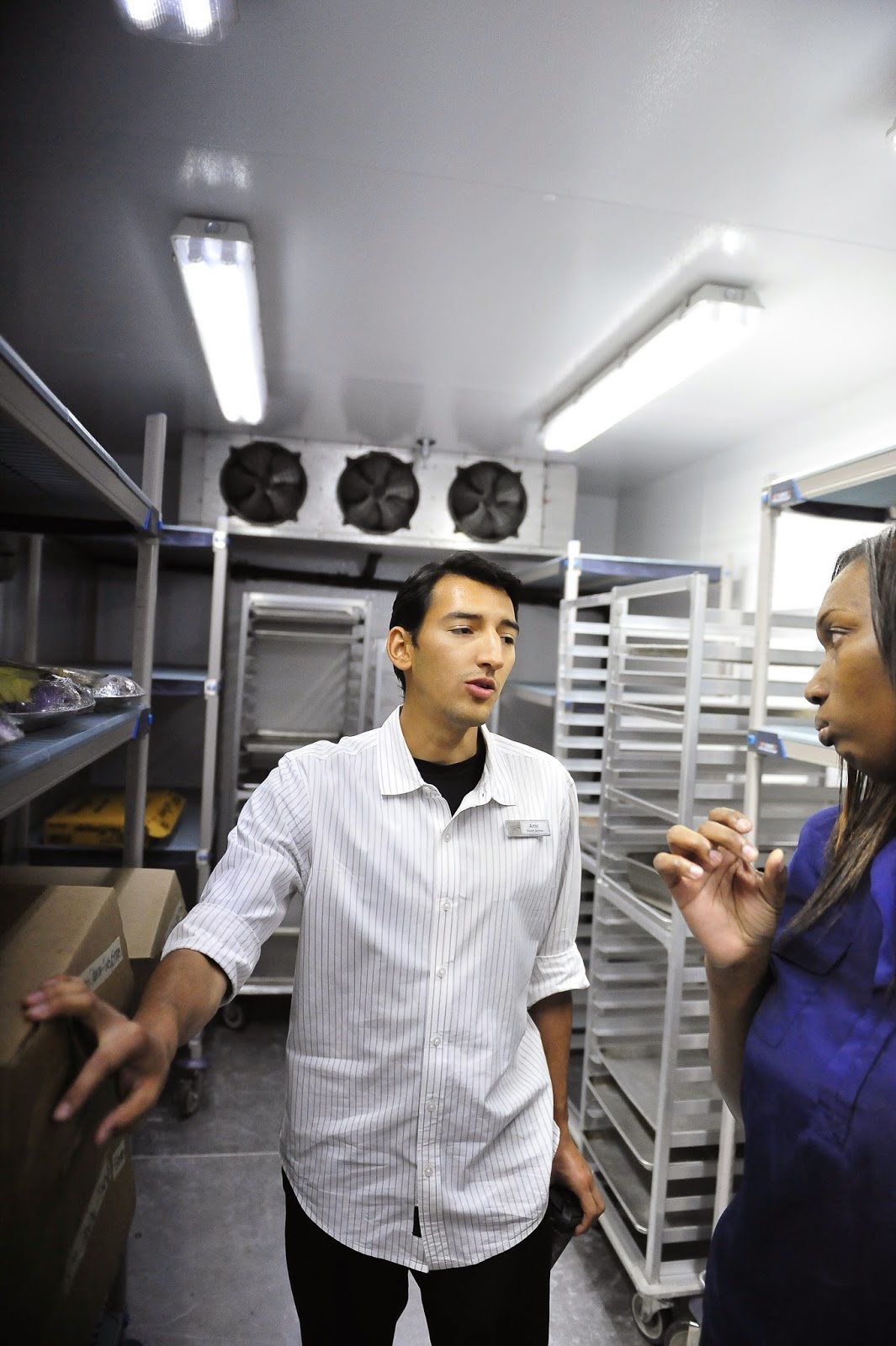 So, politics are out as a future career path for this student at SLCC, where he is studying to earn an associate degree before moving on toward a degree in mathematics.

“I’ll get my math degree and see where it takes me from there,” he said. “I’ll always try to work on (creating) opportunities, and when doors open I’ll work through them – but I won’t jump.”

Thoughtful and methodical are two words that describe the man who spent six years of his childhood in Iran, his father’s birthplace and current home. Sadeghi’s mother is from Peru, where he traveled recently for five weeks.

“I’m going there for myself,” he said before embarking on the trip to Peru. He said he wanted to see a lot of sunrises and enjoy the trip without worrying about taking photos all the time or sharing it all on social media, as is the trend these days.

At home he likes to play soccer with his cousins and friends. Or, if you’re walking down a certain street in downtown Salt Lake City, you might hear him relaxing in his apartment while playing flamenco-style music on his classical guitar.

“I play for myself,” he said. “I don’t pick it up to try and please anyone. I just go to that little relaxing place, get away from the world, even if you’re on a busy street.”

But he does please people at work, where he started as a cashier and flexed his customer services muscles – revealing a rare quasi-boast from him.

“I did love the cashiering job simply because of the interaction I had with students,” he said. “I was good at it. I have natural customer service skills.”

He was a cashier for about 18 months before being encouraged to take on his current position.

“I think I’ve made people pretty happy so far – and I’m still here,” he said. “People tell me thank you and I help them out a lot, and they’re grateful.”

Sadeghi has never been a “money guy,” preferring a simpler life, happy to accept a simple and humble ‘Thank you’ from those he helps. But he spends the gratitude as soon as he receives it.

“I don’t carry it,” he said. “I enjoy the moment and I let it sit there. I don’t take it with me, because you have to take one challenge at a time. If you carry that with you, it makes you too cocky.”

The word “simple” keeps popping up in a conversation with Sadeghi, who notes that he’s an “open book.” Again, it’s refreshing.

“I’m a very simple person,” he said. “If something doesn’t need to be said, I keep it to myself.”