August 14, 2014
Steven Sedlacek was unconscious in the pilot seat of a small plane that, after crashing in a West Jordan soccer field, was smoking and about to catch fire when Utah Army National Guard S.Sgt. Robert Kelley approached.

Sedlacek’s wife Kathleen was, as Kelley described it, conscious but “out of it” in the passenger seat next to her husband. And their daughter, Anna Looper, was in the back shaken and in obvious pain.

Kelley, who this fall will finish his education at Salt Lake Community College toward becoming a professional helicopter pilot, was one of the first few people to reach the scene this past Sunday.

His training in the military and experiences serving in Iraq and Afghanistan told him that he had to remain calm, focus and help the family out of the plane, or they might die. 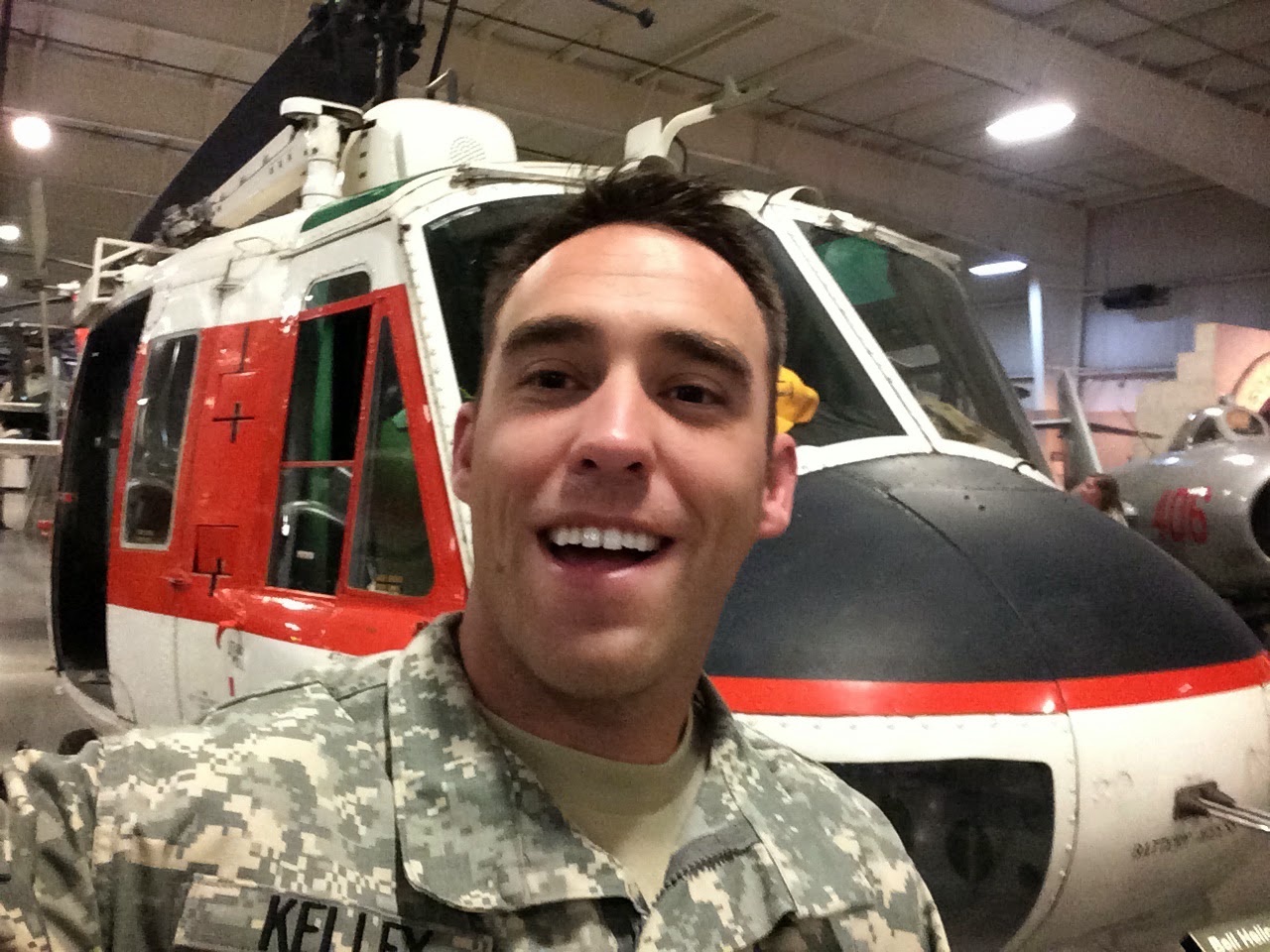 Kelley, 29, was born and raised in Park City. He tried college when he was 20, but just wasn’t ready. He joined the Utah Guard and has since had four deployments, including Hurricane Katrina, the border of Mexico, Iraq and Afghanistan.

His specialty overseas as a combat engineer has been to search out improvised explosive devices (IEDs) ahead of an Explosive Ordnance Disposal unit. In Afghanistan his unit was in a “ton” of firefights. While in Iraq he earned a Purple Heart for injuries he sustained when his truck hit a landmine, exploding directly underneath where he was sitting.

Kelley has “good and bad” days after enduring a traumatic brain injury (TBI) during the explosion that hit his truck in Iraq. He is an instructor for the Utah Guard’s 640th Regiment Regional Training Institute (RTI) at Camp Williams.

Kelley, who lives in West Jordan, was dressed in his military fatigues and on his way to work at the Utah Guard RTI on August 10 when he was at a stoplight near South Valley Regional Airport, located at 7365 S. 4570 West. He noticed a small plane taking off but having trouble as it banked left while the plane’s landing gear came down.

“As soon as he did that, I knew he was going down,” Kelley said. 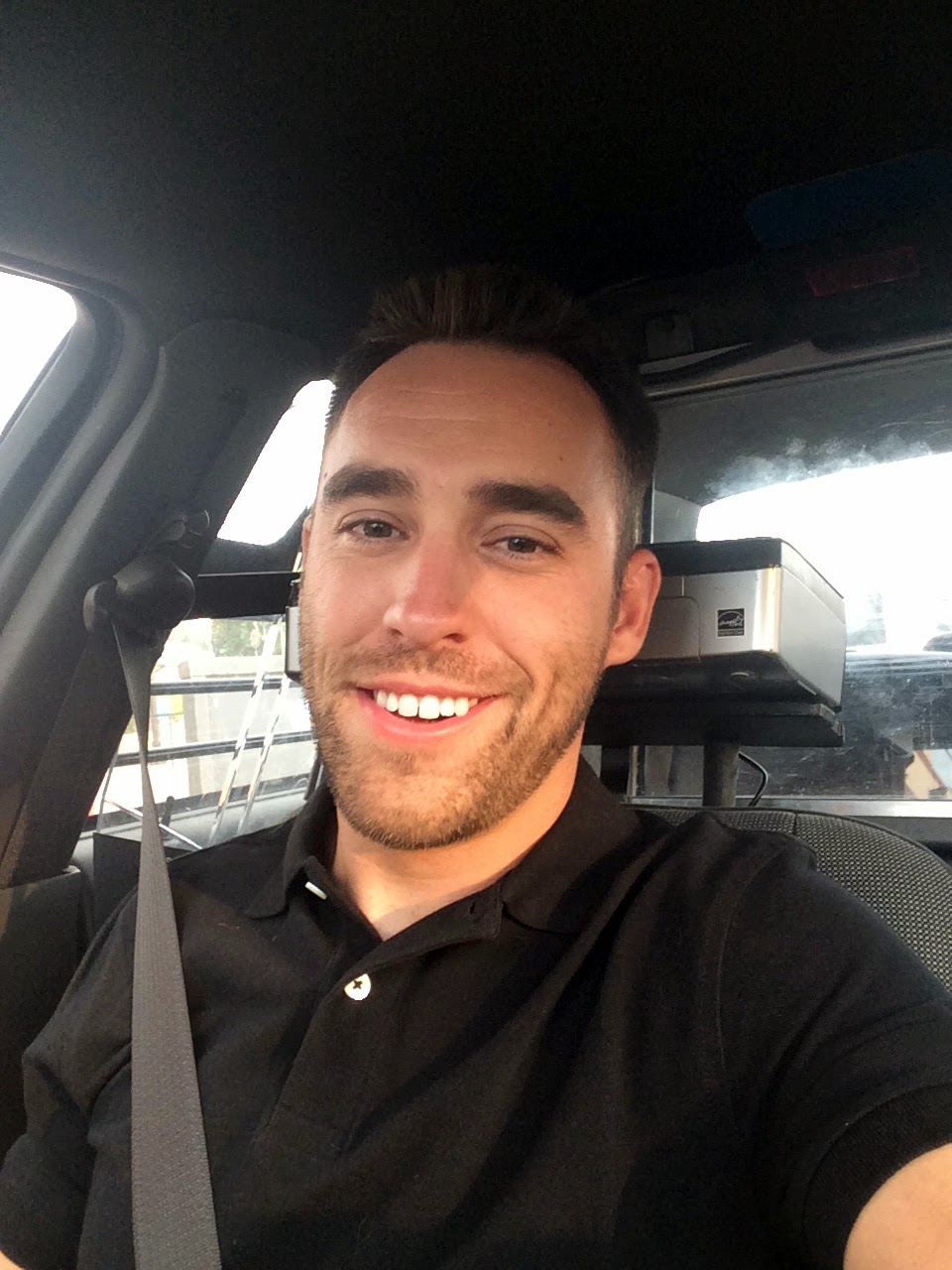 He gunned the gas on his own vehicle at the quiet intersection, running the stoplight, and sped out on to a nearby soccer field where the plane crashed. He was put on hold with 911, “Which I thought was funny on a Sunday morning,” as he neared the crash site. Kelley could see smoke already coming from the engine.

Still on the phone with 911, Kelley calmly assessed the scene as the dispatcher told him to wait for emergency responders.

“I told myself, ‘I don’t care, I’m going in anyway,’” said Kelley, whose adrenaline and instincts began to kick in.

He unbuckled Kathleen Sedlacek from her seat, pulled her out and carried her to safety.

Kelley opened a back door to the plane and asked the daughter, Anna Looper, if she could get out on her own.

“I said, ‘Come to me,’ but as soon as she took one step she collapsed,” Kelley said. So, he and another rescuer helped pull the woman out of and away from the plane, with an engine now in flames, in the green grass of the soccer field.

He ran back to the plane to help rescue the unconscious father, Steven Sedlacek.

“By this time the flames were getting bigger and bigger, almost to the cabin of the plane,” Kelley recalled.

With help from another rescuer, he pulled Sedlacek from the plane within seconds, Kelley noted, of the cabin becoming engulfed in flames.

Police arrived next, and then firefighters. Kelley pounded an energy drink he had in his car, knowing he’d experience an “adrenaline dump” in the coming minutes.

Life this past week hasn’t been quite the same, with local and national media calling him for interviews. He’s being called a “hero.” The Army has put in for a Utah Cross award for Kelley.

“My phone has been ringing off the hook with people wanting to talk to me,” he said.

In the days that followed the crash, Kelley visited each family member, very much alive and healing, in the hospital.

“She didn’t recognize me at first because I was in my civilian clothes,” he said. “She started crying and was so excited to see me.”

“As soon as I walked in the door she started crying,” Kelley said.

The father was still in an Intensive Care Unit with a tube down his throat, but he could write – and with a sense of humor mixed with tears in his eyes.

“He wrote, ‘No more flying,’” Kelley said. “Everyone kind of chuckled.”

Kelley, however, has not changed his flight plan.

“That’s the risk you take when becoming a pilot,” he said about crashes.

Kelley is focused on finishing at SLCC with an associate degree in the Aerospace/Aviation Technology program’s rotor wing professional pilot track. He hopes of someday becoming a pilot for a search and rescue outfit or a hospital’s emergency medical unit.