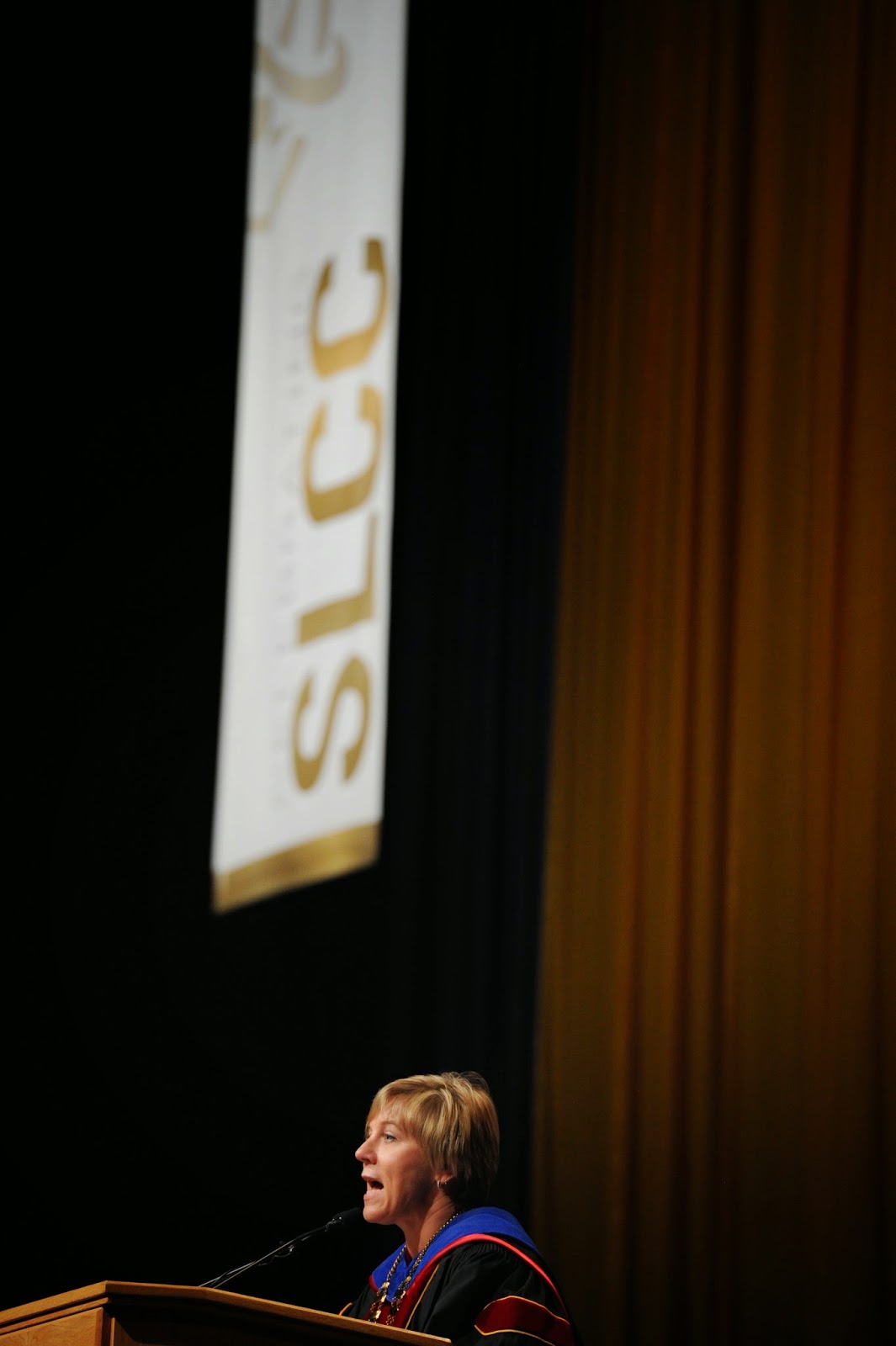 The day began with a public breakfast and reception with Dr. Huftalin at SLCC’s Science and Industry Building atrium on the Taylorsville Redwood Campus, followed by the official installation ceremony in the nearby Lifetime Activities Center. Dr. Huftalin was joined by Utah Governor Gary R. Herbert, past SLCC presidents Judd Morgan and Frank Budd and hundreds of administrators, staff, faculty, students and community members in welcoming her to the new role. 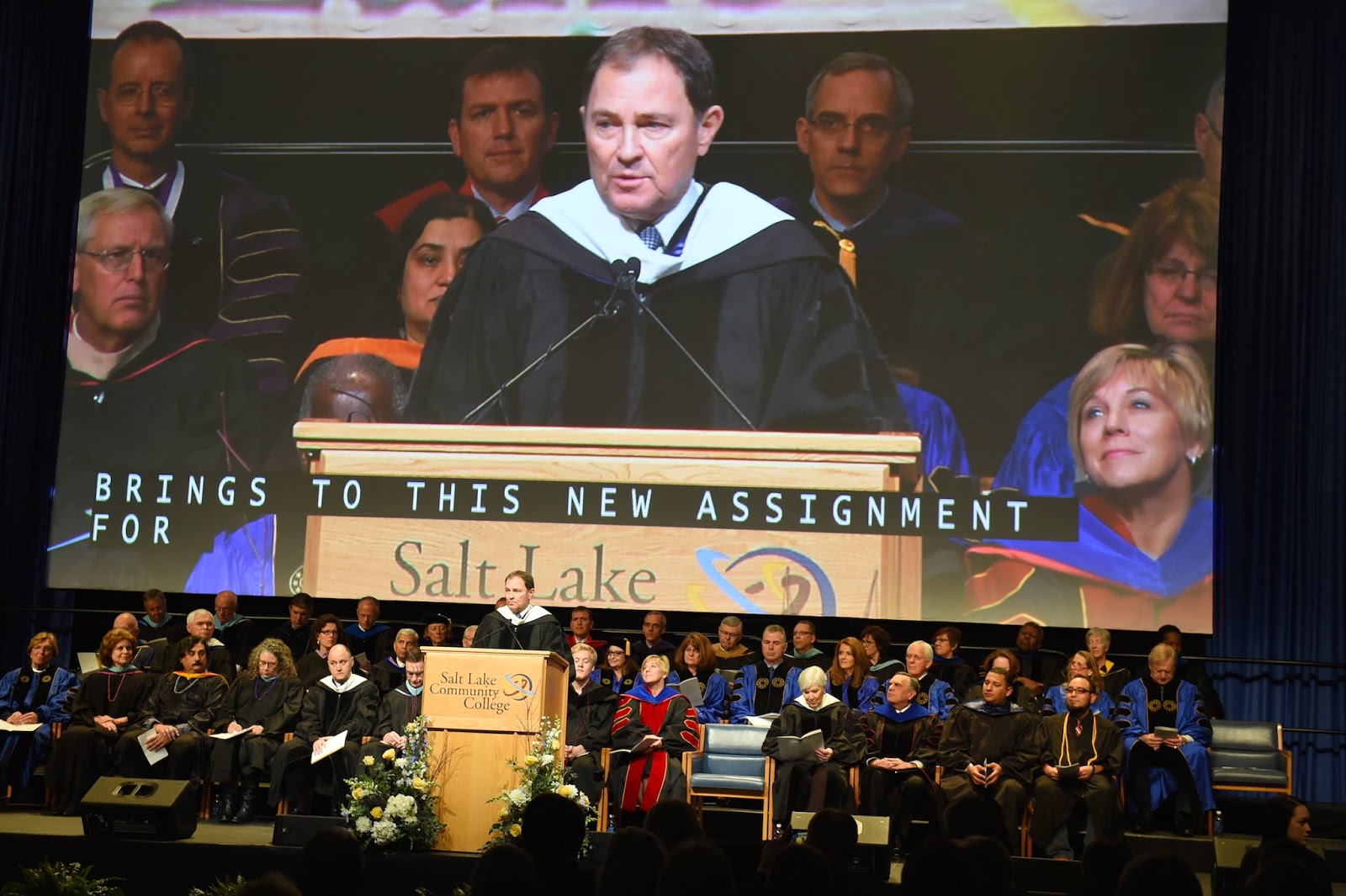 Dr. Huftalin’s son Max was given the opportunity to introduce her mother as the new SLCC president. He called her “one of the greatest embodiments of good” he’s ever met. “She is also, I think you’ll find, a natural leader. Not through fear or flattery, but by inspiring others to do the best they can,” Max Huftalin said. “Throughout the years, I have met people who work with my mother, for my mother, or even just know her, and the love and affection that others feel for her is mind-blowing. She is a woman of the people, and always will be.” 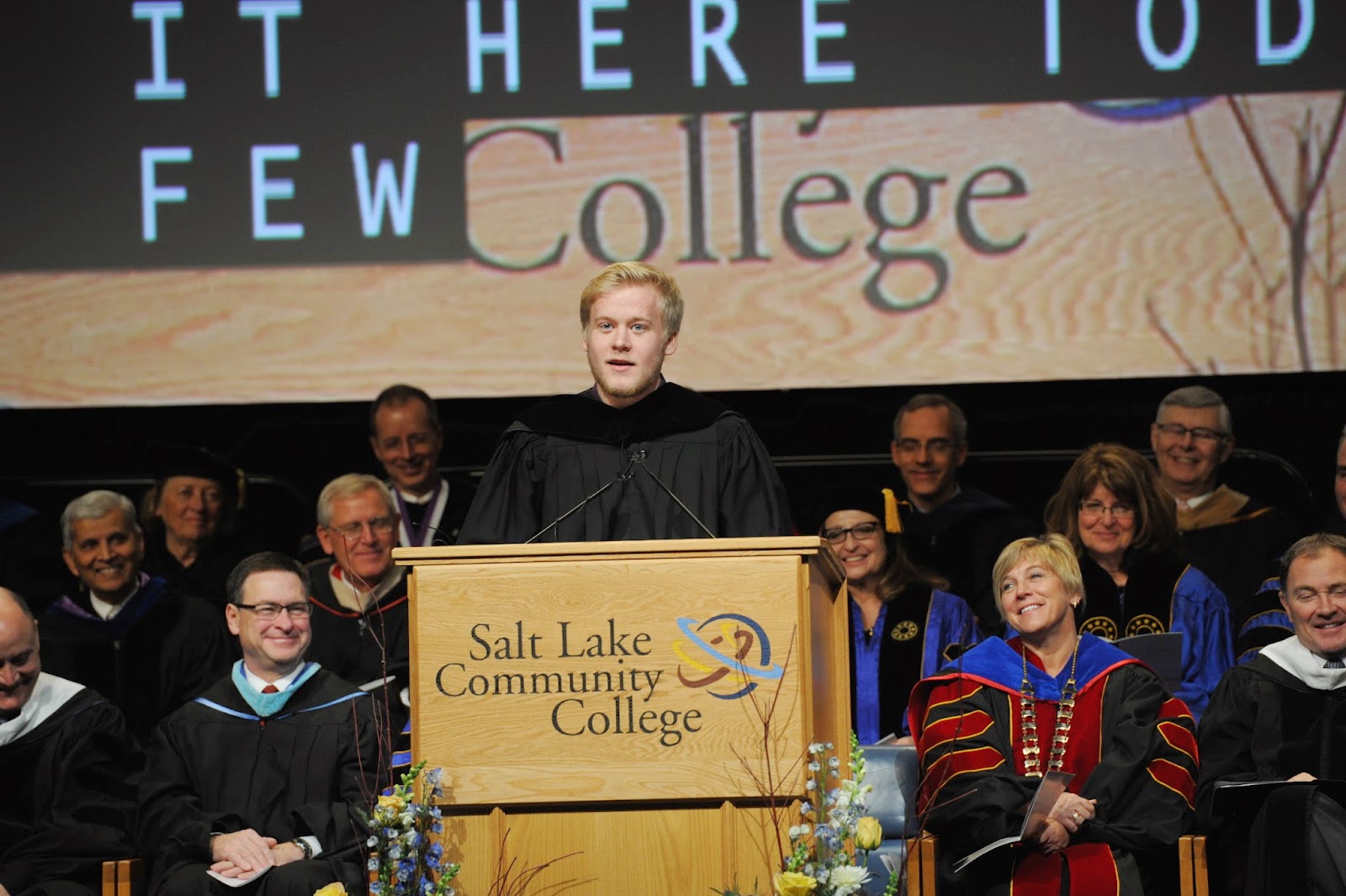 Dr. Huftalin thanked the boards of Regents and Trustees for the trust they have placed in her as president. “It is a sacred trust, and one I am determined to honor in partnership with all of you in our voyage to make SLCC the premier community college in the country,” she said. Huftalin said the community college “represents the democratization of American higher education and continues to lead the way in providing open and affordable college access to millions of students and workers.” She also talked about the need to improve SLCC’s graduation and transfer rates, to “engage in a community of trust and respect where creativity and responsiveness is incentivized” and to “identify and understand the barriers” students encounter in the way of obtaining a higher education and to “provide the tools, services and skills that enable our students to transcend those obstacles.” 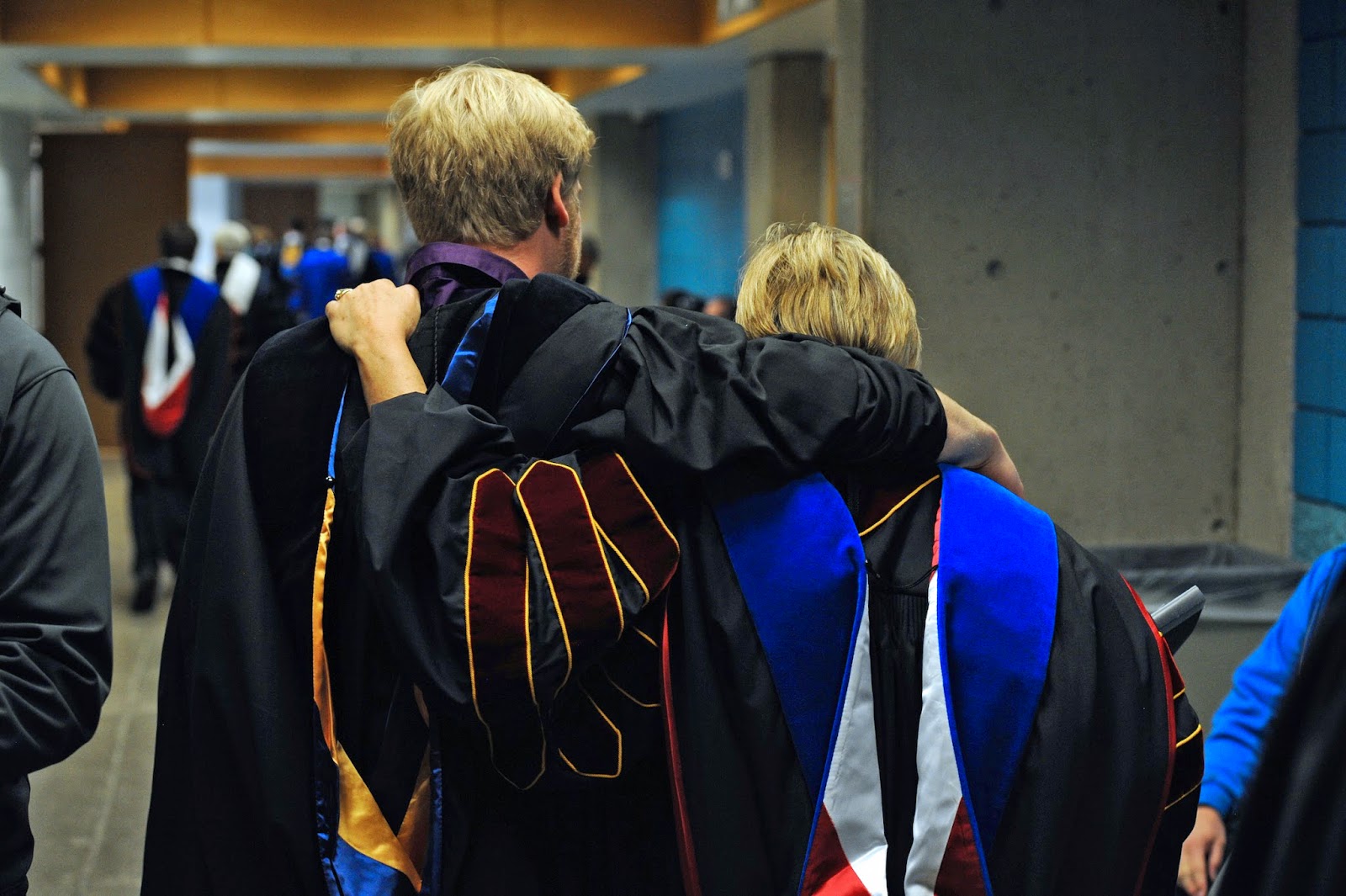 Dr. Huftalin has served SLCC students, faculty, and staff for more than two decades and previously served on the Executive Cabinet as Vice President of Student Services. She has worked collaboratively with faculty and staff to strengthen high-impact practices, learning outcomes, and inclusivity initiatives and led college-wide strategic priority and assessment efforts. Dr. Huftalin also served as the Dean of Students and the Director of Academic and Career Advising. Dr. Huftalin earned a bachelor’s degree from the University of Utah, a master’s degree from UCLA, and a doctorate in Education, Leadership, and Policy from the University of Utah.