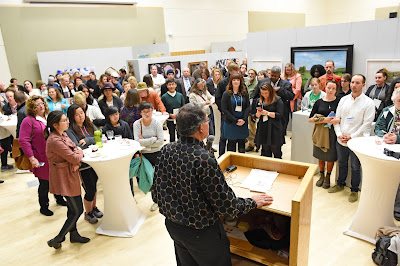 Rob Adamson, a professor in SLCC’s Visual Art and Design department, won $1,500 and Best in Show for his oil painting “Union Pacific Station.” Lori McPherson won $1,000 and the President’s Award for her trace monotype print “Clustering Sea Horse Eggs.” Steven Sheffield won the Community Award and $1,000 for his acrylic crayon and graphite on panel piece called “Up.” The second and third Runner Up prizes, each worth $500, were awarded to Ryan Moffett for his ceramic and electrical hardware piece called “Disconnect” and Ed Browning’s mixed media entry “Orbicular.” SLCC President Deneece G. Huftalin chose Madison Donnelly’s $750 wood piece “Wig and Stand” as the 2015 President’s Purchase. 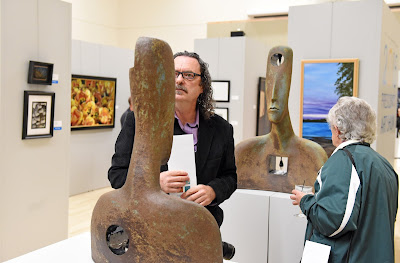 The popular show is a celebration of local artists and the power of art to bring together people from across the community. Derived from more than 230 submissions this year, this latest exhibition showcases a wide range of talented and promising professional and amateur artists using their talents and skills in a variety of mediums. Many of the works are for sale and are on public display in the Multipurpose Room at SLCC’s Center for Arts and Media until November 13. 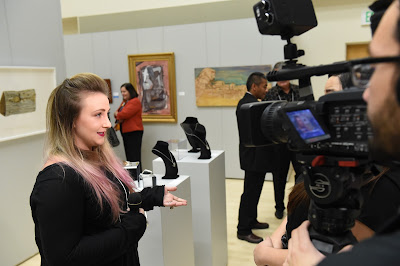