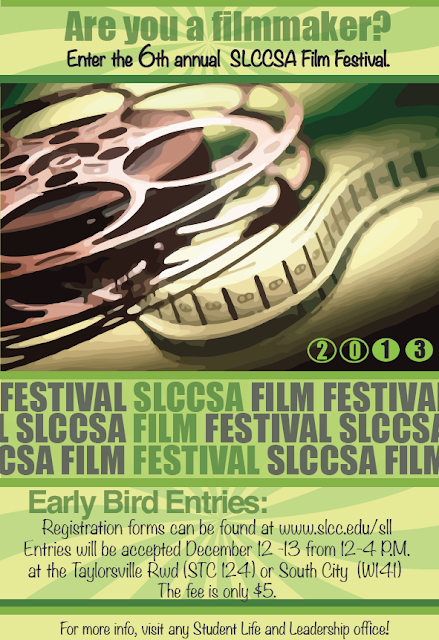 Are you a filmmaker? Enter the 6th annual SLCCSA Film Festival!

Early bird entries:
Registration forms can be found at www.slcc.edu/sll
Entries will be accepted December 12-13 from 12-4 pm. at the Taylorsville Redwood campus STC 124 or South City W141.

The SLCC Film Festival is accepting submissions in the following categories: