September 19, 2014
When comedian Samuel J. Comroe takes the stage you don’t realize right away that there is anything different about him.

You might notice a subtle facial tic. He might slowly bob his head or slightly rotate his hip. And then he speaks. 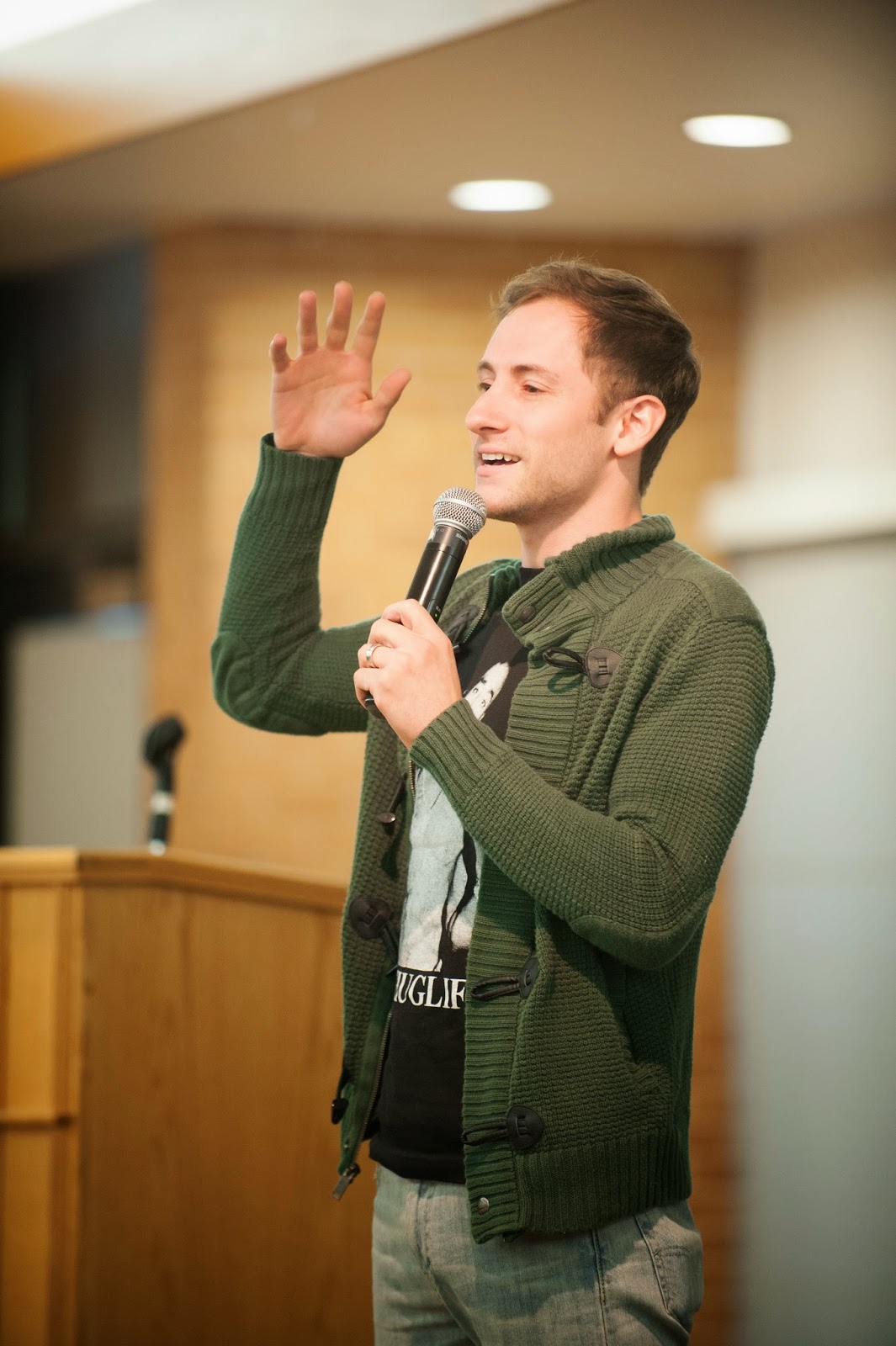 “I have Tourette syndrome,” Comroe, 26, began Friday in front of an audience at the Salt Lake Community College Student Center during Disability Awareness Week.

It was the Los Angeles native’s second appearance at SLCC, this time blending comedy and education about Tourette syndrome (also called Tourette’s) during a noon keynote address and then doing a full standup routine later in the evening. He took several questions from the audience at the noon presentation.

One misconception about Tourette Comroe pointed out at the onset was that most people think it has to do with uncontrollably cursing, which is a distortion he said is perpetuated by television shows and movies. In reality, he added, 90 percent of people who have Tourette's have a physical or motor tic of some kind and don’t cuss unless by choice.

Comroe mixed plenty of humor, which he said has helped him deal with Tourette’s, with education during his address. He referred to the disorder as “cute,” saying it always looks like he’s telling someone a secret because of a tic that makes it look like he’s winking. Or maybe it gets him in trouble, like the time he told his roommate that their neighbor died – Comroe shows the audience how he can’t stop winking while telling his roommate – and then the roommate asks, “Did you kill him?” 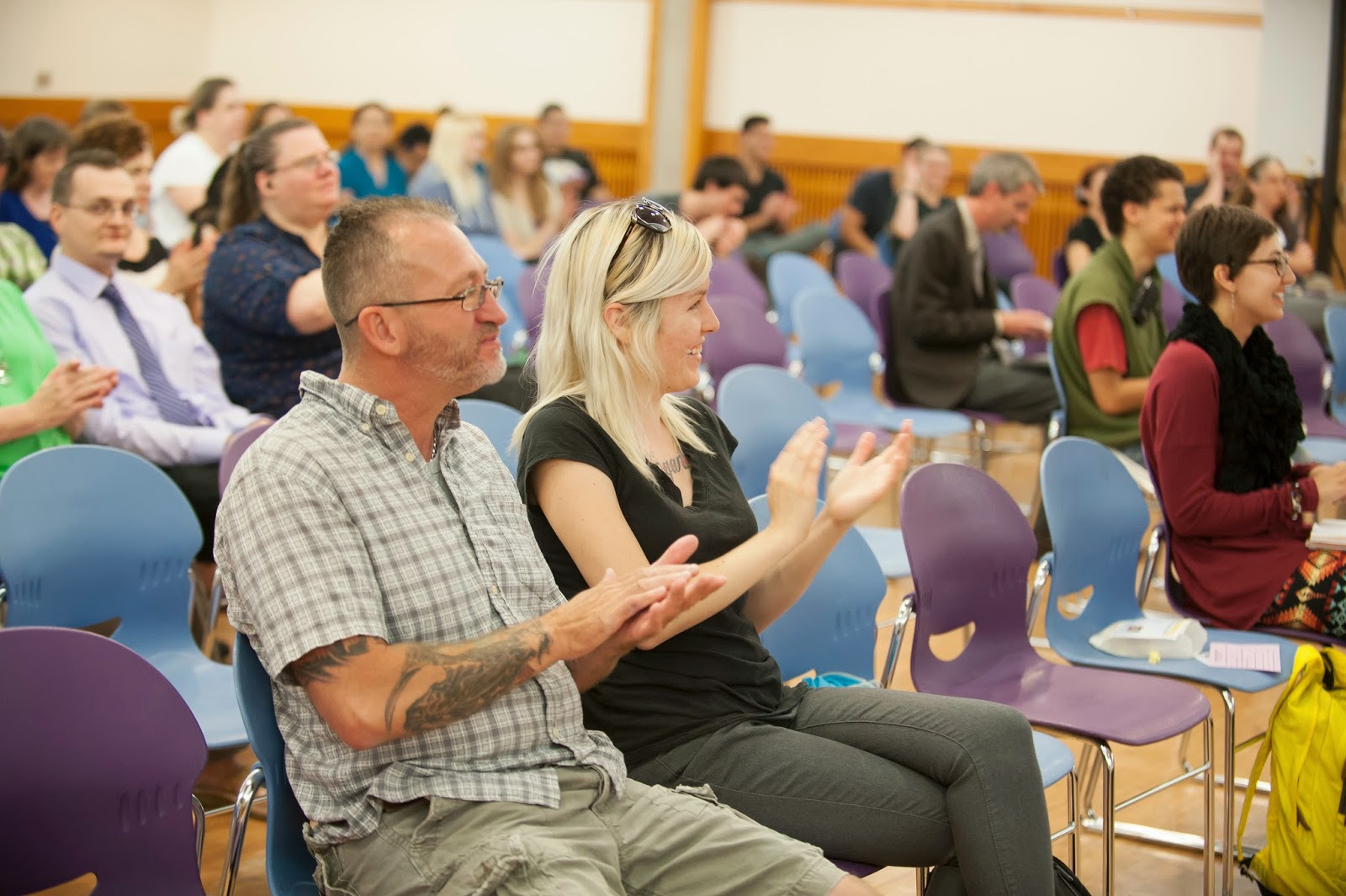 He went on to describe Tourette’s as a neurological disorder in which the brain has trouble communicating with the nervous system. Comroe has five sisters and one brother, but he is the only one with the syndrome. “Lucky me,” he joked.

Comroe talked about how his parents once sent him to a camp for children with Tourette’s, which in retrospect wasn’t the best idea because of how people with the disorder in that setting will actually feed off of each other’s twitches and tics and, before you know it, the whole group is twitching. Again, the audience laughed.

Comroe’s act has been seen on national television, won awards and has him touring the country performing at comedy clubs.

For more information about Comroe and links to his social media sites, visit www.samueljcomroe.com.