September 05, 2014
For years striking photos of wildlife captured by world traveler Fred Morris hung on the walls of Roger McQueen’s insurance business, where people waiting for appointments would stare in awe of the beautiful scenery.

Now those photos belong to Salt Lake Community College thanks to a donation by McQueen, who introduced Morris to people attending an opening reception at the George S. and Dolores Eccles Gallery at the Center for Arts and Media on South City Campus.

“It’s amazing what he’s done,” McQueen said about Morris. “Fred and (his wife) Sue have celebrated the beauty and variety of this wonderful world we live in.” 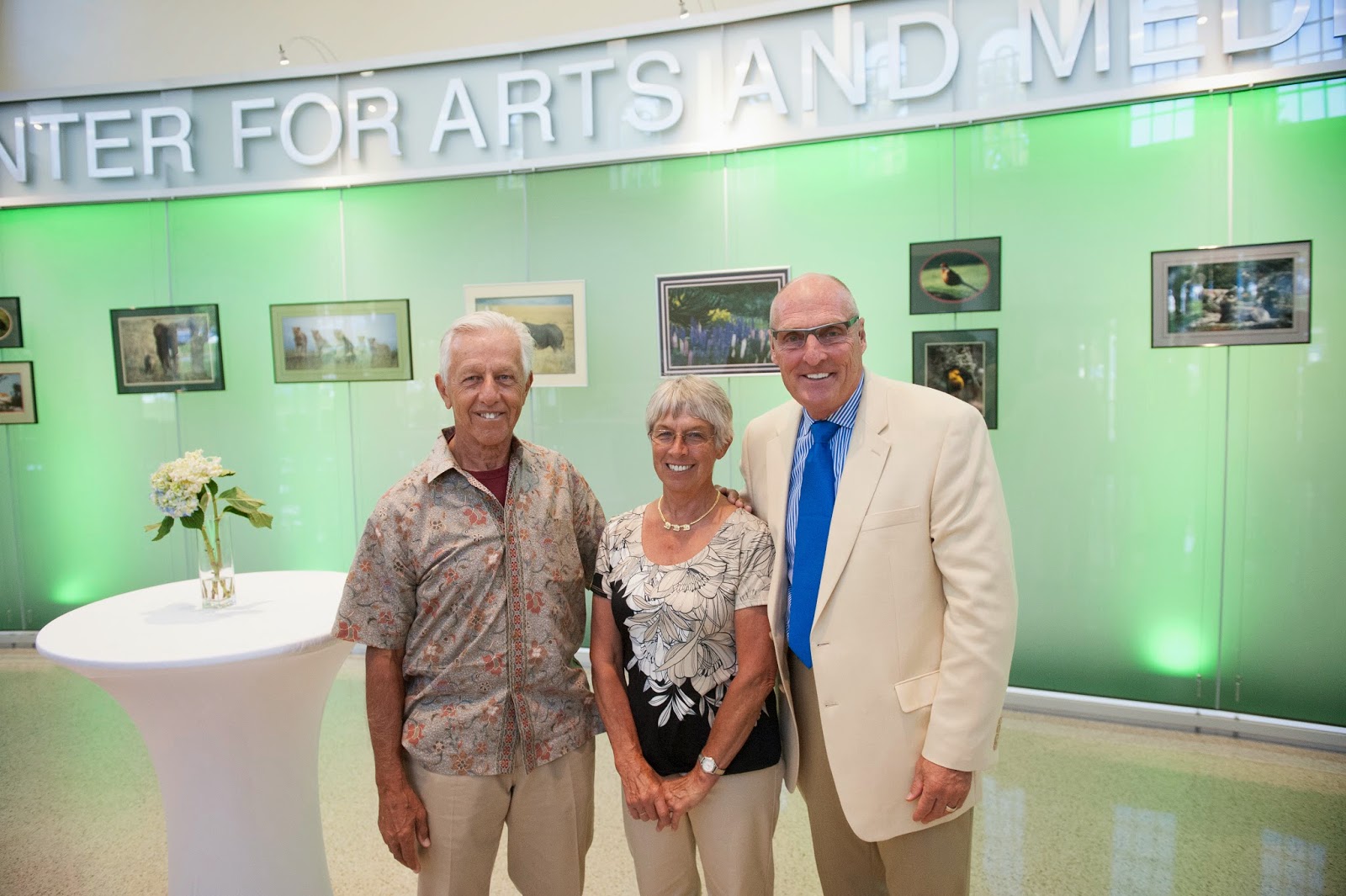 The couple has traveled to over 170 countries and to the North and South poles, documenting their travels on slide film along the way. Fred Morris said it was never his intention to sell the photographs, only to share images that depict their love of the planet and its uniqueness in the universe.

SLCC Interim President Dr. Deneece Huftalin thanked McQueen for his donation and Morris for his efforts, assuring them that the dozens of framed photographs will have a permanent place throughout the college’s campuses.

“I’m just glad that these pictures are going to go somewhere and be seen by people,” Morris said. “When you take a picture … it doesn’t matter how good a photographer you are, if you can just get the picture, it’s wonderful. I hope you enjoy the pictures.”

The photos, dubbed the "Natural Wonders" show, will remain in the gallery space of the east entrance to the Center for Arts and Media until September 30, before being relocated to their permanent locations.