September 09, 2014
In the first week of LaShawn Williams’ African American Culture class she teaches at Salt Lake Community College she brings in a hair tie to show students what might happen to them by the end of her course.

“You’re going to come in like this hair tie – you’re going to have your own shape,” Williams says to her students. “While you’re here I’m going to stretch you.” 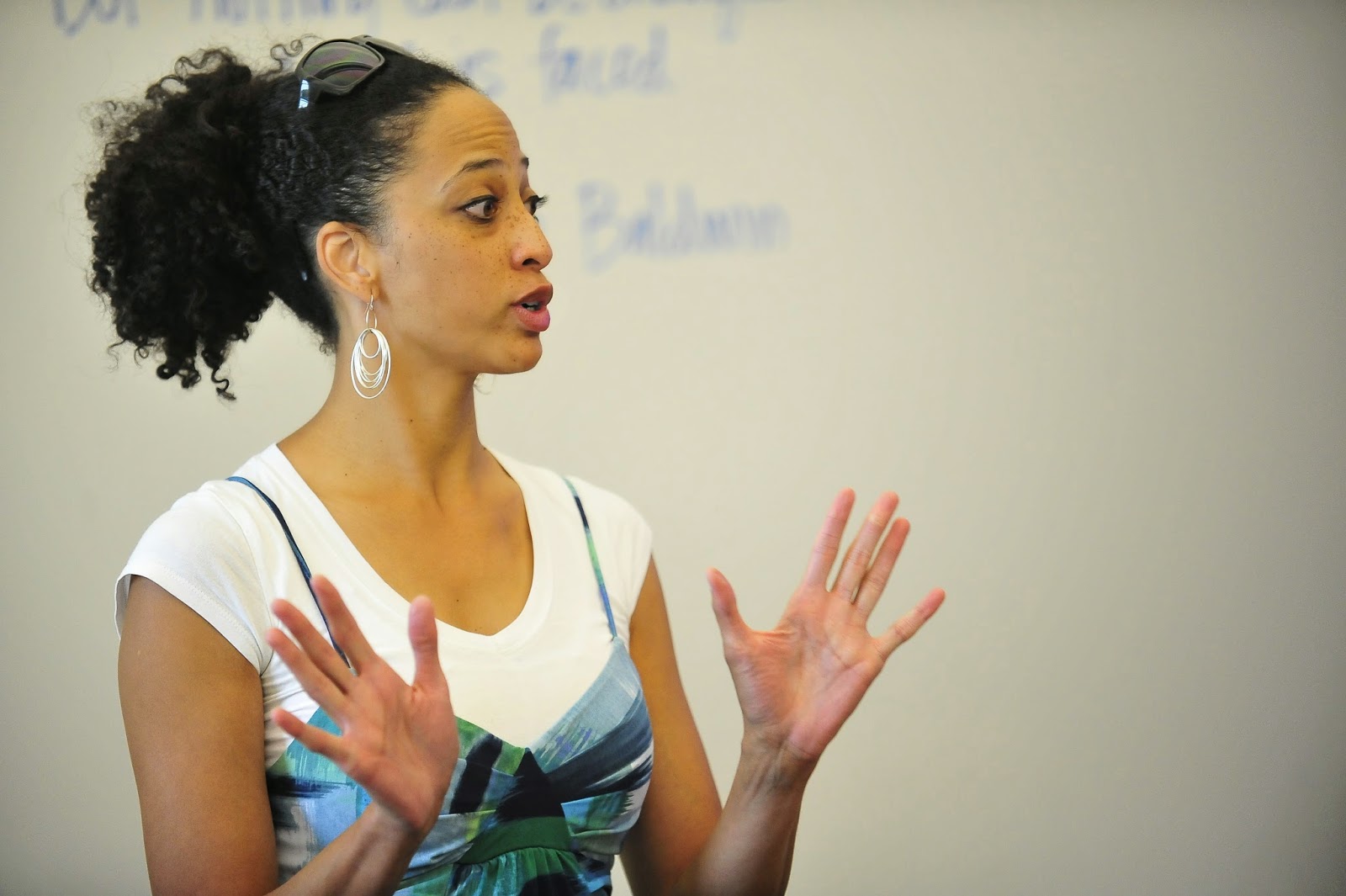 She pulls on the tie and stretches it out.

“You’re going to be stretched,” Williams continues. “It’s going to be uncomfortable. It might even be painful. But I’m going to stretch you.”

She lets go of the tie, and it resumes its normal shape.

“At the end of class you have a choice – you can go back to the way you were or you can be bendy and stretchy,” Williams says.

They are words spoken by someone who has spent her life being “stretchy,” growing up a “military brat” whose family moved almost every year until high school and now being a black woman married to a white man (he’s half Mexican) in a state with a demographic of less than one percent African American.

Williams brings her life experience to a class where her goal is to help students become “comfortable explorers” about another culture.

When she first began teaching the class in 2006 Williams started out focusing on times of pre slavery and then slavery, barely able to reach the civil rights movement by the end of the semester.

Williams’ challenge became to provide enough history to provide for a better understanding and to better deconstruct some of those contemporary topics. With that construct in place, the dialogue moves into some tight spots.

“There’s a lot of discomfort in this class throughout the year,” she said. “And I’m comfortable with it.”

Sometimes students need to “disconnect” from some conversations, which Williams allows, but only for a moment or two. She urges them to all hold hands through “prickly subjects” with a mutual sense of empathy.

“If you can do it in here,” she said, “you can go outside of this classroom and do it out there.”

Williams cited an example of where a former student, a supervisor at his employer, was dealing with an employee issue that involved a woman being afraid of a coworker because he is black. That former student of Williams’ had the tools to explain to the woman how she needed to get her racism in check.

“There are moments where I say, ‘Hey, this is awesome,’” she said about the impact her class has on some students. 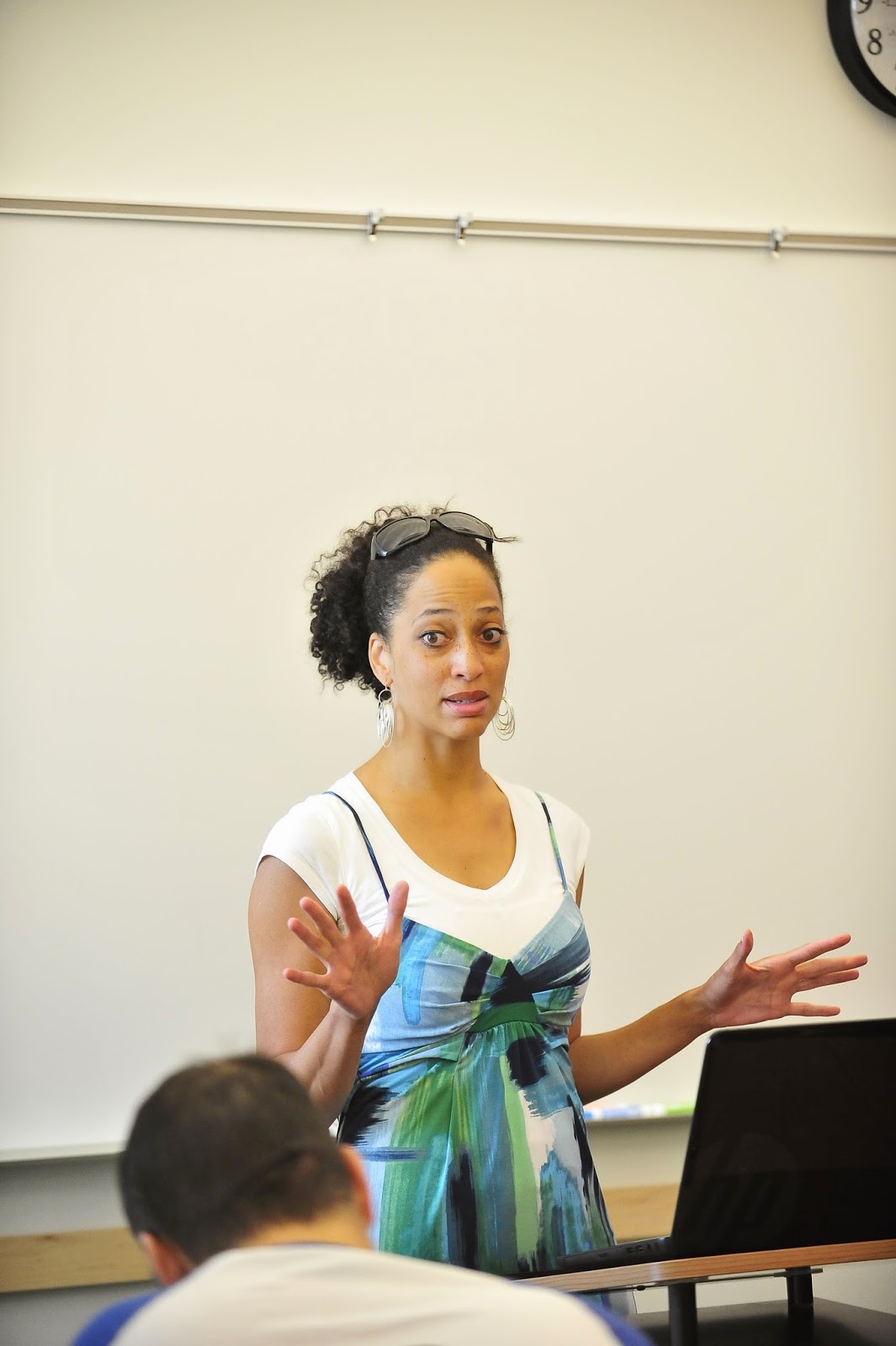 Some students will bristle at being offered facts about race history in America that run counter to the history many people would like to remember.

“’How dare you talk poorly about our founding fathers,’” students have told Williams.

She is patient with those students.

“It’s learning to help them understand that there are layers to identity and that people can definitely do heroic things and they can do horrible things, and that that can exist in the same person,” she said.

“For me, I learn that by showing students that I mess up, they don’t have to get race conversations perfect,” she said. “I teach this for a living, and I screw up.”

Her three children, ages 6 and under who look white, have helped shape the way she approaches teaching her class. They have begun to notice and ask questions about skin color and hair. Her son, for example, asked if could learn more about black women.

His assertion that Mommy is only “tan” or her daughter’s observation that Mommy has “crazy hair” caused her to contemplate how she talks to her children – and ultimately her students – about issues of race and culture.

This oldest sibling of five, now mother of three and a certified social worker away from SLCC, is also modeling an adventurous spirit as someone who is always trying new things – riding motorcycles, snorkeling and anything else the “yin to her yang,” her husband, brings her way.

In her home and in her classroom, it’s about changing perspectives.