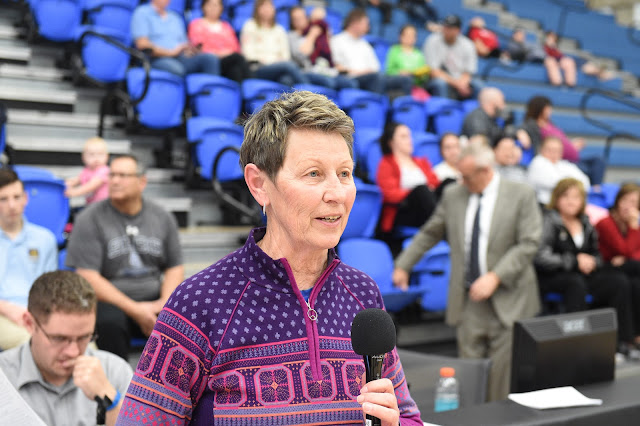 Norma Carr, former Salt Lake Community College athletic director who retired in 2014, is credited with building a nationally competitive program at SLCC from scratch. She was a pioneer at both SLCC and in the overall Utah sports community. For her efforts, she was chosen for the NJCAA Appreciation Award, given to individuals at the discretion of the current NJCAA President & CEO to recognize superior contributions to the Association.

Carr said earning the award is extremely gratifying and humbling.


Carr led initiatives towards new athletic facilities and athletic programs in her 25 years. As the first female to oversee an intercollegiate athletics program in the state of Utah, Carr's vision paved the way for numerous female athletic directors and coaches in the Intermountain West.

Kevin Dustin, who replaced Carr as the Director of Intercollegiate Athletics & Recreation at SLCC in 2014, said the foundation that was built under Carr's leadership left the institution uniquely prepared for future success.


"Norma Carr is now and always will be synonymous with Salt Lake Community College. Her contribution to the college, its coaches and players cannot be overstated," he said. "Sports was Norma's calling, and we are so glad that SLCC continues to benefit from her long shadow to this day."

Prior to taking over leadership with the Bruins, Carr was a successful coach and noted athlete in the state of Utah. However, the challenge of administration and leading a program was something she couldn't resist when the opportunity became available with SLCC.

"I loved coaching before I came to SLCC, but I had a desire to be an administrator and didn't see myself retiring as a coach," she said. "SLCC provided me the unique opportunity to be an athletic director of both gender programs without having to move or interrupt my life, professionally-or-personally. SLCC also gave me the opportunity to build a program from the base up, expand athletic opportunities, build facilities and build all parts of what I envisioned a great athletic program should be."

Looking at the state of the Bruins today, Carr said she is proud that the foundation she built has been expanded upon under Dustin's leadership, taking the institution's athletic profile to new heights.

"Due to the success of the athletic teams and great coaches, the tradition of competitive excellence continues at SLCC," she said. "Salt Lake is still the program that is an icon within the Scenic West Athletic Conference and in the NJCAA. (Dustin's) warm, welcoming and supportive relationship with myself and what has happened previously at SLCC has made for a comfortable, strong Bruin tradition that is continuing to grow." 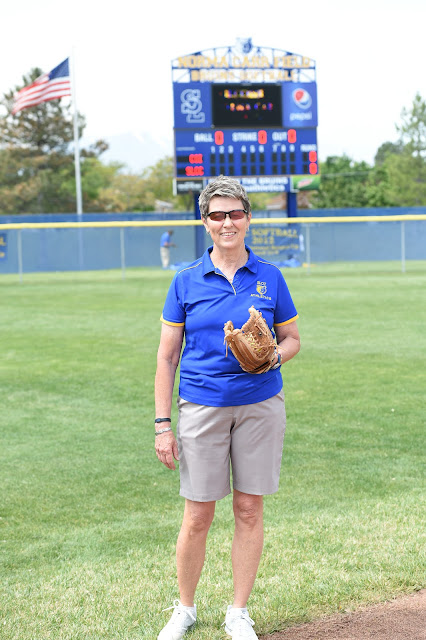