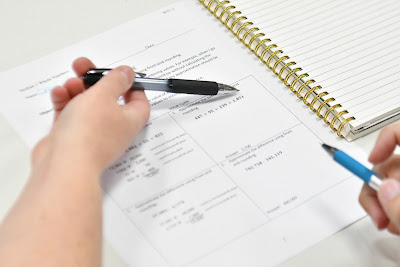 In any given class on any given day, a student whose first language is Spanish might miss a detail here or a concept there, which can add up to being academically confused and lost. That’s why Salt Lake Community College’s School of Science, Mathematics and Engineering has begun offering sections of beginning biology and math in dual-language formats.

“These students are perfectly capable of high-quality academic work but are held back solely by English language proficiency,” says the school’s dean, Dr. Craig Caldwell. “They want to learn English but just want the support of being able to ask for clarification in Spanish. This makes perfect sense, especially in science classes where terminology is confusing. Likewise, in math classes, the use of word problems is inherently language-driven and can create huge confusion for students new to the English language.”

The courses, Biology 1010 and Math 0980, are being offered beginning in the fall semester. The courses will be taught in English, but instructors will use Spanish to explain “challenging concepts” and to answer questions. The students in these classes will be English language learners, meaning students will be in a “community” of so-called learners who can help each other. The classes will be held at the South City and West Valley City campuses.

Sandra Garcia-Sanchez, an advisor in the school, says students expressed an interest in keeping the courses taught in English because it helps in their pursuit to learn the language. She says they just need the space where they can ask “clarifying” questions in their native language when the English words aren’t there yet. “As part of the math faculty members, I have experienced on many occasions how important this is,” Sandra says. “I have been in the middle of a lesson when I see the faces of some of my students trying to grasp the discussed content. As soon as they hear the concept in Spanish, they click with it and feel very good about it.”

The dual-language format is also intended to take the “intimidation” out of asking questions in class for English learners and to form a mutual support group for like-minded ESL students. An ESL student originally brought up the need for the classes during a student focus group, expressing how difficult it can be to achieve academic progress as an English language learner. Associate math professor Cesar Melo laid the initial groundwork for bringing the course offerings to fruition, while Garcia-Sanchez and assistant biology professor Emmanuel Santa Martinez helped work the classes into the school’s curriculum offerings for this fall.

Emmanuel says he has successfully used his native Spanish language to review complex topics and engage with Hispanic students who are struggling. Students, he adds, feel represented in the classroom and at the college. “As a Latino and native Spanish speaker, I know that I would have appreciated and benefited from a bilingual course during my own studies,” he says. “Our intention is to prepare them in both course content and grow their English language skills. I also want students to feel proud of being bilingual and to recognize their hard work during their academic career at the college. I look forward to teaching the first dual language biology course at Salt Lake Community College.”